The Macau economy is built on the gambling business, here it is so huge that Las Vegas looks like a small provincial town against its background. Compare yourself: Macau casino revenues in the past not the most successful year amounted to more than $ 44 billion, while the entire US gambling industry earned $ 37.5 billion in record 2007.

But now the Chinese government is fighting against corrupt officials and money laundering in Macau, and the flow of income from high rollers is quickly drying up.

As Hong Kong is the banking capital of Asia, so Macau is its gambling Mecca. Like Hong Kong, Macau has long been under the control of the colonial authorities: until the late 1990s was considered the “overseas province” of Portugal. The heyday of gambling started in Macau after the restoration of China’s control over it.

The bulk of casino revenues in Macau comes not from ordinary people who come down a hundred or two dollars of their savings in slot machines or roulette. A significant portion of the casino’s profits are received from high rollers who bet hundreds of thousands of dollars in VIP gaming rooms. These VIP rooms work quite differently than casinos for the general public. Groups of promoters are looking for and attracting wealthy players from all over East Asia to gambling junket tours, offering them charter flights and special living conditions.

The casinos also lease junket operators to VIP-numbers in their hotels, in some cases simply receiving a share of their income in exchange for the provision of facilities. American casinos benefit from the local in that they provide security guarantees to wealthy players and provide control over everything that happens on their territory.

One of the solutions for junket operators is lending to their wealthy guests. Losses can be paid after the trip, in China. But this is a big risk: since gambling is illegal in China, such debts can not be appealed in the courts. Therefore, junket operators must take other measures to ensure that players who have lost their debts pay their debts.

The golden era of semi-legal gambling in Macao seems to have come to the end. A turnaround can occur after the casino learns to profit from ordinary people, rather than from very rich VIPs. By order of the Macau Government, gambling establishments are taking the direction to attract middle class tourists, which should ensure a consistent and steady growth of the city’s economy. 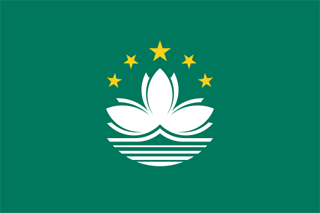