Betgames is the developer and supplier of interactive live games. A distinctive feature of this developer is the fact that in its work two gambling products are connected – bets and popular table games.

The company has been operating in the market recently not long ago, just since 2012, but has already managed to gain recognition of the players and enter the markets of many countries, including Russia, Estonia, Turkey, Lithuania, Netherlands and others. Show more

The range of games from this developer is surprisingly wide and diverse. There are top seven games, that can interest modern gambler. Let’s talk in details about each of them.

The game is built by analogy with the lottery, the player is invited to choose 7 numbers of 42, then there is a lottery – the balls pass their traditional way through the pipe and roll out to the pretty croupier. If you guessed several numbers, the winnings can make a profit equal to x2000 of the amount of your bet.

Bets are made during the pause between games, which follow one after another, to make bet you are given only four minutes. The betting limits are set by the company that conducts the game, by the casino, and not by the developer.

The game is also built on the principles of the lottery, the principle is the same as in Lucky7, players are offered several types of bets on the outcome of the draw. Then comes the game with stops only for betting rounds, four minutes pauses. If you win, you can get an amount that exceeds the rate of x1000.

Everybody knows the famous table game of craps, this is such a game that follows the traditional rules: bets are made, then follows the draw, then again the round of bets, and again the draw.

There are several types of bets presented in this game for different results of the draw. The limits are set by the operator.

This game is similar to the well-known Texas Hold’em, and it follows the same rules.

A standard deck of cards (in the amount of 52) is shuffled and dealt by the dealer, and before the game dealer shows the cards spread out on the table in order for the players to be convinced of their correct number. When even one card falls from the table, the deck is immediately changed to another one.

In general, we can note the strict rules of this game: in the broadcasted frame all the cards should be visible at once and each of the cards has its own barcode for reading it with a scanner, if something happens.

The rules of this game almost do not differ from the traditional game of Baccarat. The deck consists of 52 cards and is equipped with a unique code, the Player plays against the Banker, both receive two cards.

This card game, or better say, card war is conducted between the dealer and the player with the help of a traditional deck of cards. In the battle, the cards of the senior suit win, if both cards are of the same suit and status, then a draw occurs.

The dealer starts distribution from the player, cards are dealt face down. Everything is simple – the one who has the highest status card wins.

The game is popular due to the fast gaming process and simple rules. Fortune will smile to someone who has made a bet on a lucky sector. Winnings are not as big as in other games, but more recent in this case.

In the course of the draws, which are made every five minutes, the croupier rotates the wheel, after which she selects and demonstrates one sector of nineteen. The feature of the game is the individual choice of the bet and the draw.

It can be noted that the traditional games on classic software, developed by the company’s specialists, received a new life, as they are filled with original and unique functions. Often the game combines the features of the casino, betting and lottery. A live format allows Betgames to broadcast from their own studios called Betgames.TV, created with the latest live-gambling technology. So the player gets into one space with live dealers, communicates with them and conducts the game, watching all the movements of the dealer via several cameras.

All products are supported by popular operating systems, their integration does not take much time and additional knowledge. Thanks to the HTML5 software, all games developed by Betgames are available on any computer or mobile device, you can always adjust the quality of the video broadcast and change the camera, zoom it, and do a lot of personal settings.

Thus, the player is invited every three to five minutes to get into the “live” studio, where pretty girls work as dealers and conduct games, communicating with a client who can hear them, this dialogues can be sometimes for all the audience and sometimes dealer can say comments personally to you.

Studio of Betgames.TV is owned by Emoore N.V., which, in its turn, is licensed by the Gambling Commission of Curacao. On the official website of the vendor there is a validation link, which proves the authenticity of the license. It means that all the games of this developer are fair, and all money transactions and personal data are always safe with the help of SSL encryption. There were no complains on this developer from the moment of its creation in 2012, meaning players are fully satisfied with the software and with experience they get.

Betgames software is of exclusively high quality and guarantees any user or partner the reliability, security and honesty of the game. In modern market these are the main factors of a good developer. An innovative solution is ideal for integration into bookmaking websites and online casinos. By changing classic games a little, and mixing table games with classic lottery Betgames were able to create interest for their product and to provide fresh blood into the market of online gambling. By constant evolving and raising the standards of security, by training their stuff and receiving different awards Betgames became one of the most promising companies in its sector. Show less 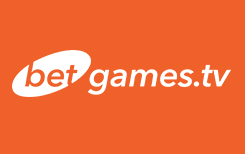