Wagermill was launched in 2011 by the industry experts. It was based in the UK and managed to produce just few games before the decision was made to merge with The Gaming Lab. As a result, both companies theoretically seized to exist to give a chance for a new GECO Gaming to expand on global market.

Gaming Lab was based in Australia and therefore today GECO Gaming has two offices – one in the UK and the other one in Australia. There weren’t many operators on the list of Wagermill casinos outside the UK and merging seemed to be a good decision. Together the companies had better chances of achieving international success. Show more

The next year after the merger in 2014, GECO Gaming was shortlisted in the Software Rising Star category, according to EGR. This sign of appreciation came after the newly launched developer introduced its platform allowing numerous small iGaming content suppliers to offer their creations to markets.

Reliable Wagermill casinos used different platforms since there was no proprietary RGS this developer could offer. But things have changed and today operators can enjoy not only the collection of GECO Gaming products, but also creations released by multiple other developers. GECO, which stands for Game Engine Co-Operative, turned to be a success. When selecting GECO, operators have bingo, slots and other casino games available. Core Gaming, MX Digital, Revolver, Games Warehouse, Bet Digital and other private studios trust GECO Gaming to deliver their games to the market. The great diversity of gaming content offered by these suppliers has secured demand for the platform and some of the biggest operators of all times have signed a deal with GECO Gaming.

Best Wagermill casinos were relying on Alderney and UKGC licenses which the developer held to assure everyone their games are fair and secure. The same licenses were later acquired by GECO Gaming. That means the operator has no problems complying with strictest regulations. There’s no reason to doubt the developer’s reliability as these regulators thoroughly check their licensees and won’t tolerate any wrongdoing.

Reliable Wagermill casinos used to offer a limited number of games supplied by the developer. Quality standards were much lower than GECO Gaming has today. One of the video slots released by Wagermill is Meerkat Mayhem. It’s a standard 5×3 slot machine with 30 win lines, no free games and just one bonus feature. Graphics is quite primitive and there’s nothing special about this title.

In comparison, GECO Gaming has released 88 Coins slot machine. The company used very popular theme, but produced the game that looks and feels amazing. This is simple and engaging slot at the same time. The most impressive thing to mention is a 88x multiplier available during free games. Getting 88 times a regular win is simple and requires a wild symbol in a winning combination. Despite being almost as simple as Meerkat Mayhem, 88 Coins is way better and offers exciting gaming experience.

Another Wagermill creation is Sassy Bingo. It’s a 9 line video slot with one bonus feature and wilds. This is a much more engaging game than Meerkat Mayhem with nice graphics and lines paying anywhere on the reels increasing your chances of winning. There’s also a gamble feature that offers punters to guess whether the next number is odd or even. Sassy Bingo is a bingo themed slot which is still available at many best Wagermill casinos. Sunshine Reef is absolutely the same as Sassy Bingo except for the theme. You can gamble to double your winnings, but this time you’ll be offered to find a pearl in one of two shells. Wilds, bonus round, no scatters and lines paying anywhere on the reels – everything Sunshine Reef has to offer. Look through the list of Wagermill casinos to load both slots and choose which one you prefer.

Nauticus is one of their feature-packed slot machines. There is a Torpedo Bonus, free spins round, Pick A Mine game and two types of wilds (regular and sticky). You can also try Treasure Compass offering up to ten times your line bet if you get wild symbols in your winning combinations. But that’s not all lucrative options to enjoy in Treasure Compass. You’ll also get Mystery Prizes and Re-Spins.

Wagermill gained a lot from joining forces with Gaming Lab. As part of a new company, it managed to achieve much better results and will keep improving its products and services. Show less 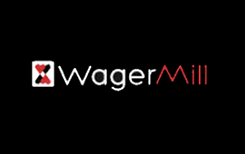