Lots of new businesses entering the industry mean that the market is very attractive for investors. By looking at how many young suppliers try to carve out a niche for themselves, it’s obvious that iGaming is a very profitable business.

It might seem that it’s your money all those companies aim getting, but actually players shouldn’t be unhappy about this because with every new software developer they can hope to get something they haven’t seen before. Show more

JoinGames isn’t a call for action. It’s the name of another iGaming software newcomer. Welcome this young supplier of casino games which is just several years old. As you know, all babies develop at different rates. JoinGames is the one that makes slow progress, but that isn’t a sign to worry about. The company was founded in 2014 and today it’s still hardly known to online gamblers.

JoinGames was started by two experienced business managers and it shows. They have partnered with some of the key market players to have channels to roll out their products. In particular, it has built relationships with iSoftBet, Betconstruct and Viral-Interactive, meaning that you’ll find their games on iGaming websites which are powered by these companies. As a result of the distribution agreements, JoinGames has opened the doors to multiple markets.

You can’t call this a successful business entity, but it has progressive views and follows virtual reality trend. Some of their creations are immersive VR games, and that’s largely unexplored territory as there aren’t many developers producing this type of slots.

It’s up to you if you chose to trust this developer or not. But there are good signs of fair gaming. Fairness is usually about where supplier is licensed. One license acquired from respected jurisdiction is enough to prove results are random. In case of JoinGames, there are six licenses acquired from major governing bodies in the world. That alone makes us believe that you won’t risk being cheated by the developer.

Don’t expect anything extraordinary. Apparently, the company doesn’t have lots of resources to invest in unique solutions and uses the same features and just changes visuals. All their games are produced in-house, and JoinGames does a nice job. At least, their games don’t look ugly and boring.

There are only video slots you will find in their portfolio. Volatility of games is different. Some might pay you almost every spin, while others make you wait for quite long before you ever see winnings. The quality of their creations is ok. They aren’t masterpieces, but visuals and sounds are nice.

Basically, JoinGames uses the same pattern when creating video slots. They all have standard 5×3 reel sets, standard paylines, wilds, scatters and one bonus round. Sometimes the developer adds a round of free games in addition. That’s it. Overall, they have 15 titles at the moment of writing. But this number will grow for sure as the company actively promotes its services and lets operators know about its creations.

Thanks to utilizing virtual reality technology, the company can offer immersive experience to gamblers. This is their only distinctive feature from majority of other young, small and willing to get recognized suppliers.

You won’t see progressive slots produced by JoinGames or some unconventional features. But the selection of themes seems to be intriguing. Every title is the journey to the world full of adventures. Pirates, zombies, ninjas, ancient warriors, carnivals and other interesting themes were used to create video slots. Like many other casino content suppliers, JoinGames has a series of Asian themed games.

Another interesting thing about this developer is that it sometimes hires real actors to produce slot visuals. It isn’t typical practice as gamblers usually don’t see slots featuring real people unless it’s a title based on a movie. Two of such slots are The Legend of Emerald and Kleopatra. Show less 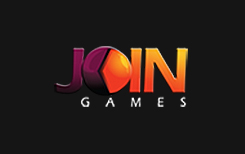