United Kingdom was a home to many gaming businesses. That’s where Barcrest started to build its empire to become a world renowned brand. Back in 1968 it was a company supplying game content to clubs, pubs and other local venues. Having high quality standards and showing great deal of creativity and innovation, over time the company have built excellent reputation.

30 years after it was founded, Barcrest was sold to IGT – one of industry giants. But over a decade later it became a property of Scientific Games. This is another mammoth that offers a variety of gaming services and products with primary focus on land based industry. Reliable Barcrest casinos are spread all over the world. But as offline gaming developer it’s mainly known in UK and Europe. Show more

Before it was first acquired, the company used to supply almost 40,000 slots a year for brick and mortar gaming operators. After joining Scientific Games, Barcrest happened to be under one roof with other widely recognized developers like WMS and Bally Technologies. To secure great future, these world renowned companies are expected to share expertise to produce more entertaining content.

Barcrest produces slots. Most of their online titles offer around 95% return which isn’t the highest possible, but is considered to be the industry standard. The company is a great innovator. It was first to introduce an element of skill in their games. Another significant achievement is making bonus rounds similar to board games. These slot characteristics won’t surprise modern avid gamblers, but back then they were really cool.

Being over 40 years old and having excellent reputation means that the business is absolutely legitimate and transparent. You can put your mind at ease as the software was tested by experts and millions of gamers around the world. Fair games are guaranteed.

If you want latest Barcrest releases, first visit land based gaming operators. Usually they convert their offline slots to internet so online users would have to wait a little bit or head to best Barcrest casinos located closest to them.

Slot titles produced by the company are quite different from those offered today. You might think they were released a long ago, but that’s because the company has this old fashioned style which perfectly meets the standards of offline gaming. In the list of Barcrest casinos you probably won’t find any operator offering only their games. Usually there are content produced by different companies. Therefore, visiting just one online operator makes it possible to compare Barcrest content.

The company keeps design of its slots bright and simple, but loading them will be fast and playing is smooth. You’ll probably see some unconventional control panels. Overall impression from playing slots at best Barcrest casinos is good. There are variety of interesting themes, funny characters and multiple bonus features.

Unlike developers which specialize on supplying online casino content, Barcrest doesn’t offer amazing animation and exciting bonus features. But many of their slots have one unique feature – Big Bet. For a certain amount of money players can buy several spins with additional bonus features.

Another nice option some titles can offer is the opportunity to reject bonus winnings and start a new round. It’s called U-Pick. Choose reliable Barcrest casinos to find Boulder Bucks slot and test that U-Pick feature because it’s really amazing. When you trigger a bonus round, you’ll have 3 picks and 3 games with different sets of benefits: Mammoth, Pteroductyl and Sabre-Toothed Tiger. Use your first pick and if you aren’t satisfied with the winnings, you can spend second and third picks. Each time you’ll enter different bonus games.

Good thing about Barcrest titles is that they usually unlock extra features during free spins. There will be sticky, expanding wilds and multipliers. The company’s flagship title is Rainbow Riches which used to attract largest number of players in UK. Today it looks a bit simplistic but is still fun to play.

Gamers would love Road to Riches bonus game. If you trigger it, you’ll spin a wheel and try to get to the pot full of gold. But there’s a long road and you need to be extremely lucky to reach the end of it and receive x200 multiplier. Look through the list of Barcrest casinos and chances are you’ll find this game on any of those websites.

Overall, there are over 40 games. Most of the slots can be loaded in free mode. But there are few titles which are available only for real money. If you prefer clean and simple graphics and nice winning opportunities, you’ll most probably enjoy Barcrest video slots. But if your primary goal is to have great animation, outstanding design and unique bonus games, you better explore titles released by casino developers focusing on online gambling. Show less 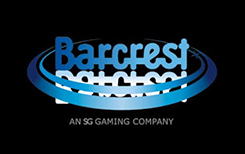