Premium quality is what attracts punters at online casinos, and this quality is up to content suppliers to deliver. The competition among providers is fierce, but just few of them are dedicated to producing cutting edge games. One such provider is Play’n GO. It has built excellent reputation and is recognized as a premium casino content supplier. It has won multiple awards, including Slot Provider of the Year in 2016.

Based in Sweden, it supplies software to operators around the globe. Every year the list of Play’n GO casinos expands as many operators are interested in signing deals with the supplier. Popularity of the developer isn’t surprising. They have amazing games and some of them feel absolutely different from those offered by their competitors. Show more

This developer was among industry pioneers opening its first office in 1997. However, for all those years it hasn’t released as many games as other leading providers. There are just over 100 games. Around thirty languages are available so that best Play’n GO casinos would be able to target a lot of markets.

As mobile sector has evolved, the supplier started production of games playable on handset devices. Today, the company claims to be among leaders of this sector. Players would be able to load the same games available on computers, but the selection will be limited.

Being licensee of several world strictest gambling bodies isn’t necessary, but Play’n GO decided to get their approval. It holds seven licenses in UK, Alderney, Malta and other countries. One of their recent acquisitions is Romanian license. Compliance with so many jurisdictions is a good sign and is a strong sign that games are fair. But having licenses isn’t the only prove of trustworthiness. Gamers at reliable Play’n GO casinos can be confident that results are random because games are tested by NMi auditing laboratory.

Usually casino content suppliers become famous thanks to their video slots. And this is true about Play’n GO as well. But there’s one area that makes this company really stand out of the competition. Their two video bingo games released not so far ago. Bugs Party and Flying Pigs is a new generation of bingo games. They are bright and super entertaining. After playing any of these two games, you’ll probably think that bingo has never been so exciting. Punters are offered a number of features and fun bonus rounds.

Besides slots and video bingo, the developer has released more than dozen table games, video poker and scratch cards. Best Play’n GO casinos have exclusive games produced by the developer. These are some of the titles you won’t usually see on gaming websites: Leprechaun Goes to Hell, Piggy Bank, Oily Business. Overall, there are over 15 exclusive games available on limited websites.

If you like the idea of doubling your winnings, there aren’t just slot machines to play. Play’n GO can offer you video poker games with gamble feature. You’ll have to guess card color/suit to get x2/x4 multiplier. Jackpot Poker is one of such games. It allows up to five risk rounds and maximum of 1,000 credits in winnings.

Their most thrilling slots don’t have spinning reels. Symbols fall from the above and winning combinations usually disappear after prizes are credited. This gameplay is very lucrative and allows for multiple wins during one spin. First slots from this series were introduced a couple of years ago. Latest titles of this series are even more exciting.

Any reliable Play’n GO casino would offer Cloud Quest title, which is an amazing, action-packed game. It has 5×5 reel set, and winnings are paid if at least three similar symbols form a horizontal, vertical or diagonal line. There are just so many features it’s better to just look through the list of Play’n GO casinos, visit one of them and play the slot. There are other slots of the similar gameplay: Troll Hunters and Viking Runecraft.

Play’n GO is a very creative content supplier. They’ve released Grim Muerto, Rage to Riches, Prissy Princess, Tower Quest and many more exciting video slots. All of their titles are in-house products. Thrilling gameplay, outstanding graphics and rich selection of themes make this developer a choice of thousands of players.

You can have a real fun at best Play’n GO casinos as they will offer variety of slots, video poker with gamble feature, exciting bingo and other games. This company strives to deliver original products, and they are successful at achieving that goal.

Titles we mentioned above are just a small share of their beautiful creations. Eye of the Kraken doesn’t look and feel like any other video slot, Wild North, Royal Masquerade, Crazy Cows and many more titles will make your gaming experience unforgettable. Show less 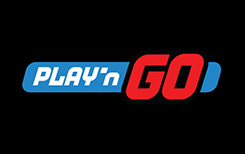