One great developer can change the way you see iGaming. Content suppliers and operators today don’t just think of creating a nice place for players to play, they need to deliver thrilling experiences. That mission would be impossible to accomplish if you can’t hire creative staff.

Relax Gaming was lucky to have two founders who had strong technical skills and, as they put it, “fondness for strong drink” which might have helped them get super creative. Show more

It was 2010, when the concept of Relax Gaming was born. The founders decided that iGaming industry needed a new type of platform that would give operators more flexibility and better quality. Having this idea in mind, they were able to offer products which found them some pretty big customers, and the company got recognized. Today Relax Gaming is a famous, successful iGaming supplier, but it doesn’t loosen its grip on the industry. The developer keeps releasing outstanding content and surprising players.

The company was behind the development of some of the greatest iGaming software in the world. It provides premium platform along with extraordinary gaming content. Relaxers, known as people working for Relax Gaming, are capable of doing almost everything by themselves. Basically, operators using their services can just relax and let the company do their job.

This company isn’t mentioned as frequently as some of the most popular iGaming content suppliers, but their products are used by many respectable operators. Moreover, they have distribution deals with many developers which join their platform. Compromising their corporate image by providing biased games isn’t the option. They’ve reached the top by being honest, creative and by working hard. You therefore, can trust this developer.

With five licenses in European countries, it can operate on many markets. All their games are licensed by Alderney Gambling Control Commission. That should help convince you of their honest and responsible approach.

Relax Gaming doesn’t try to produce games at highest rates. They introduce 8-10 new titles every year, and that allows them to concentrate on quality. The thing operators and players would love is that new releases are launched on all channels at the same time. That means players won’t wait to try a game regardless of what device they are using.

This developer is known as not only casino games and platform designer, but also as a company behind Unibet poker room. If you’ve ever tried this online poker software, you know that Relax Gaming have created completely new poker experience. Their software is so much different. Being different is probably the company’s goal, because Relax Bingo and many other products also feel unique.

It’s wonderful what great ideas come to minds of slot developers. We thought that we’ve seen many unconventional slot solutions, but Relax Gaming made us believe that pushing the boundaries of imagination has no limits. And it’s not only about graphics, animation or features. The whole game can be so different one would doubt before calling it a video slot.

One of truly unconventional slot solutions is Moody Fruits. This title has four sets of reels, 3×3 each. In the middle of the screen you’ll see three symbols you need to place on one of the reel sets. So, basically, it’s you who decides where you want to see symbols. Moody Fruit can’t be called a pure game of chance. Relax Gaming gave a bit of control to players, and that’s a simple and genius idea. Try this slot, and if you like it, there’s another one similar title called Poker Dice.

Their more traditional slots are great as well. Visually superb, they usually don’t offer too many features. We find them beautiful and immersive. Moby Dick is a breathtaking adventure story, and a name of one of Relax Gaming video slots. Beware not to load it if you become seasick. Mighty ocean waves are perpetually moving behind spinning symbols and, as scientists put it, your brain receives conflicting messages some telling you are moving, others that you don’t.

Relax Gaming has reasonable number of slots and they usually have pretty intriguing titles: Charmorama, East of the Sun West of the Moon, Mystic Monkeys, etc. If you get a chance, try games produced by this wonderful iGaming supplier and chances are you’ll have real fun. Show less 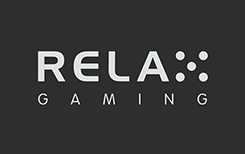