There are some cases when companies have a bad start and at some point manage to change their strategies and run decent business. Pragmatic Play was formerly known as TopGame which had quite ugly reputation. It was believed that many of their licensees are rogue, and games are of low quality.

However, things have changed and right now you can have a list of Pragmatic Play casinos consisting of big names. The company today is different and they implement absolutely new approach to developing casino content. It has offices in several European countries, India and Philippines. Show more

One of interesting facts about this supplier is that US citizens are allowed to play their games. It’s very rare to see developers deliver its software to US market considering that online gambling today is still prohibited in the United States. Best Pragmatic Play casinos are based in 78 countries and games are available in almost 20 languages.

No matter what reputation the company might build in the past, it had a brand new start some time ago. Last year it was even nominated as a Software Rising Star by EGR. The same year its slot Hot Safari had a chance to win Game of the Year award, but lost to Guns & Roses powered by NetEnt. This year the supplier was also nominated by EGR and Asia Gaming Awards.

Being listed as a nominee isn’t just about winning or losing an award, but is a sign of recognition and it means that today this supplier is considered to be one of the best. That’s not surprising. You can just visit any reliable Pragmatic Play casino to realize that the supplier really deserves being nominated. Their creations aren’t the best, but of very high quality.

The company made extra effort to prove its reliability. It acquired UKGC, MGA, Curacao and other licenses. This alone would convince anyone of fairness because these regulatory bodies, especially UK Gambling Commission, make sure software complies with their standards.

On top of the licenses, Pragmatic Play had their content being tested by major laboratories such as QUINEL, Gaming Labs and BMM Testlabs. It would be a miracle if after being approved by several regulators and testing laboratories the software would turn out to be biased. So, at best Pragmatic Play casinos you can be sure that luck is the only factor affecting results.

Reliable Pragmatic Play casinos would offer more than just slot machines powered by this developer. But the company’s main focus is still on slot production. You’ll find a lot of great titles with beautiful graphics, animation and engaging gameplay. Some of their video slots have a motion background which makes the games even more interesting.

Overall, the company has released around 100 games and 80 of them are playable on mobile devices. There is a good range of mobile and desktop games and nice variety of themes. All slots are different so if you aren’t impressed by one of them, don’t leave the gaming website right away. Chances are you’ll find Pragmatic Play games you’ll enjoy.

A lot of operators in the list of Pragmatic Play casinos offer Hot Safari slot which was nominated in the Slot of the Year category in 2016. This is a title with simple design, but great features and one of them is Win Multiplier. It’s an extra reel which awards up to x10 multiplier every spin.

If you like a mixture of classic and modern styles, you can try playing Gold Train. It’s a thrilling 3×3 slot machine with just three paylines and it offers a bonus game. Aside from classic symbols, there are scatters, wilds and other elements. Triggering the bonus round is possible when three scatters land in one line. You’ll have a train transporting gold, and all the treasures on the train will be yours. There are also classic slot machines like Irish Charms, 888 Gold and Diamonds are Forever. They all offer nice visuals and great gaming experience.

Some of the best Pragmatic Play casinos would offer video poker developed by this company. There are four of such games and they all have great design and interesting rules. For instance, in Deuces Wild gamers can get five of a kind, which is basically impossible. But thanks to the fact that deuces are wild, you can have this combination which pays massive prizes.

Deuces and Joker is another video poker game with unconventional rules. You might think that Royal Flush is the highest value combination, but once the developer has released Deuces and Joker, things have changed. In this game deuces together with one joker card pay the most.

There’s one game which is simple yet so thrilling. It’s called Go! Monkey and offers to bet on two monkeys to win a race. Side bets and additional features are available and make the game extra fun. Guessing two out of six race winners is a challenging task, so don’t think you can earn easy money playing Go! Monkey. Show less 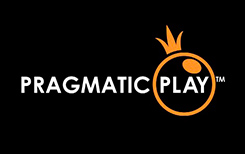