Some think Microgaming ruin their reputation by introducing third party games under their brand. We’ve already discussed their upcoming slot Temple of Tut that is being developed for them by Just For The Win. This time the company announced another new slot that will be produced by their partner BlaBlaBla Studios exclusively for them. 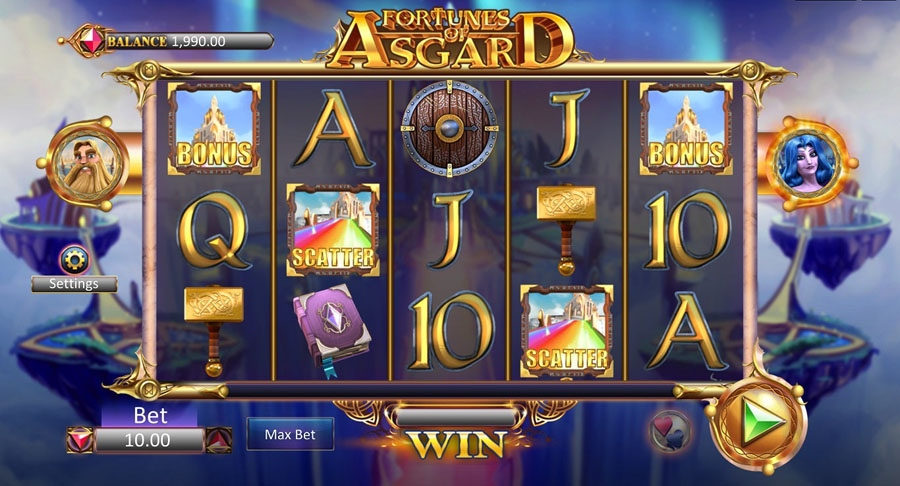 BlaBlaBla Studios will release Fortunes of Asgard for Microgaming, the slot that has already received a lot of criticism. This Norse mythology inspired game doesn’t look and feel like a premium casino slot. It lacks striking visuals and exciting features.

It doesn’t clear what made such a powerful content developer partner with studios that can’t supply decent casino games. There must be something wrong with Microgaming these days. Seems like they significantly lowered their standards and aren’t afraid of disappointing their fans anymore.

Perhaps this is their way of dealing with creative burnout as their latest in-house creations weren’t as great as games produced by their competitors. But they could have found another solution instead of signing deals with amateur studios most of which are unable to generate fresh and creative ideas.

Fortunes of Asgard doesn’t seem to have anything that would attract savvy players. If you love Norse mythology themed slots, you can just try other titles. One of them is Legend of Loki released just a few days ago by iSoftBet. Or you can try one of Microgaming’s iconic titles, Thunderstruck 2. NetEnt can offer Asgardian Stones they produced in 2018.

All of the alternative choices listed above are better than Fortunes of Asgard. Unfortunately, Microgaming today is not the company it used to be and players can’t always expect great games released under their brand name.