Microgaming to Release Fortunium in May

This year during ICE Totally Gaming Microgaming gave us good insight into their future project called Fortunium, which is a five by five reel video slot. If you are eager to try their new title, there’s just one month left to wait. Based on what they showed during ICE 2018 in February, this going to be an exciting game with amazing artwork and lots of thrilling bonus features. 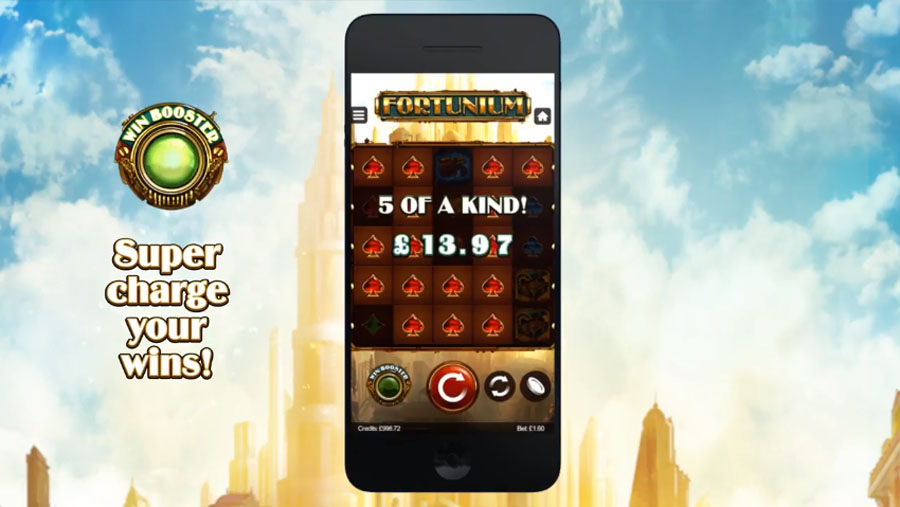 Fortunium will be the first slot machine they will produce this year. There were new games Microgaming delivered in 2018, but those games weren’t their in-house creations. This content provider decided to make small third party studios develop games exclusively for them. That’s why we’ve seen some new titles produced for Microgaming and released under their brand.

Unlike small studios they partner with, Microgaming is capable of producing great games. Their upcoming slot seems to offer thrilling gaming experience. It’s a steampunk-inspired video slot that will introduce players to the golden city of Fortunium that welcomes and rewards explorers and inventors.

The video slot features two main characters. Victoria is an acclaimed explorer and Maximillian is an industrious inventor. They both appear as super stacked symbols on the reels and can cover entire reels. Players will benefit from free spins, Mystery Reels, Mystery Symbols and Win Booster. The latter is the feature that will help win massive payouts as it leaves only wilds and high paying symbols behind mystery symbols.

Fortunium release is scheduled for May 15, so you’ll have plenty of time to enjoy other games. NetEnt has similarly themed video slot called Steam Tower. It was produced in 2015 and feels a bit outdated, but you might still enjoy it. You can also try Power Plant and Incinerator produced by Yggdrasil. These slots don’t have exactly the same theme, but offer the same industrial feel and are great games.