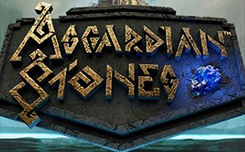 Asgardian Stones – a new slot machine with a theme of Scandinavian mythology from the company nettent.

The new slot has a standard game structure, 5 reels and 20 winning lines. But, in addition to the standard functions in the slot has a new function (Avalanche), during which, you will receive additional rotation with each winning combination. Also pay attention to the Colossal Crush function, where in the random order on the screen will appear huge characters 2×2 or 3×3, which will help to get a better combination. Free spins in the new slot are activated by a special function (Bonus rotation) on the screen there will be a drum where you can win up to 25 free spins, or a cash prize. Playing the slot asgardian stones pay special attention to the function of colossal symbols, because each dropped line will increase the multiplier of the winning combination to 4X.

The design of the slot completely corresponds to the chosen theme, the game screen is located on the background of the mythical castle Asgard, in which the Scandinavian gods lived. On the game drums you will find standard game symbols (A, K and Q), which are executed in the form of stone runes. More expensive symbols are the faces of ancient gods, which are also carved from stone. Symbol wild, made in the form of the English letter “W”, it replaces any symbol of the new slot.

The first function you will encounter when playing in the new Asgardian stones slot is avalanche, most players have already met this function in the Gonzo quest slot, with every winning combination all the characters that match are exploding, and the Avalanche of the new symbols appears on the screen, the next time it coincides , there is a new avalanche.

The colossal grush function is activated in a random order. A huge symbol with a size of 2×2 or 3×3 characters can appear on the screen, each squashed line under the symbol increases the multiplier of the winning combination by 1x, so you can get an additional multiplier of 4x, the resulting multiplier can be tracked on a special rune that is located on the right side of the game screen. 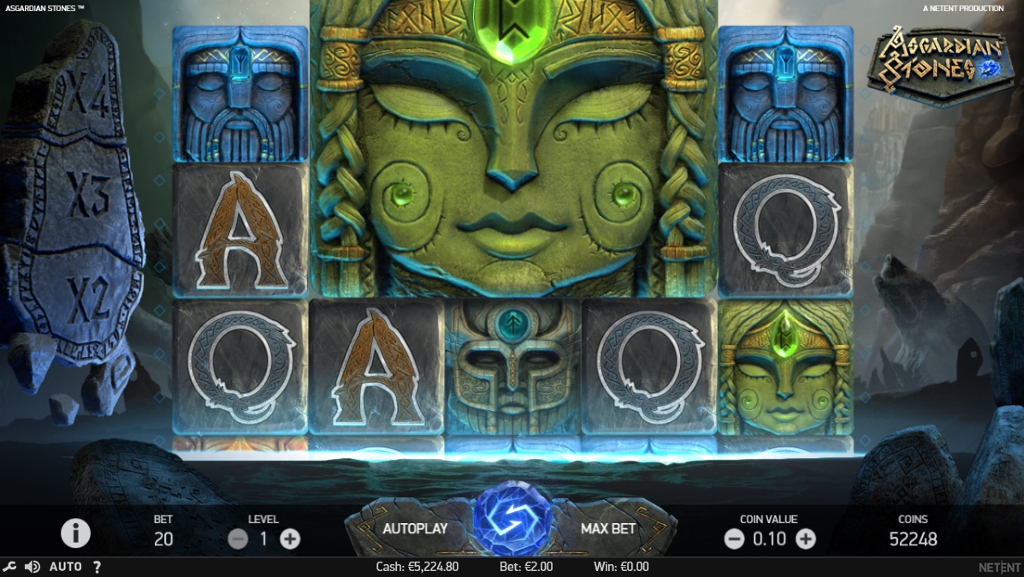 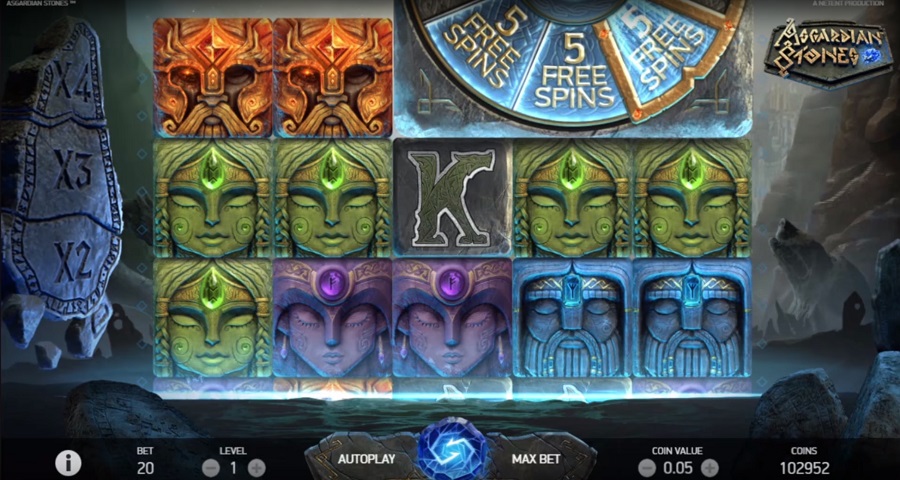 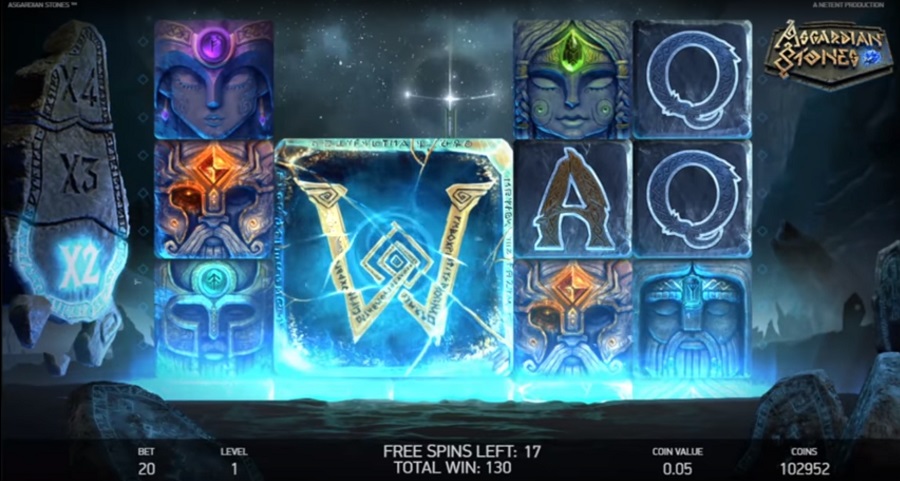 In general, the new slot asgardian Stones has all chances to become one of the most popular slots, thanks to a large number of bonus features, as well as a good RPT: 96.31%.