The most anticipated slot of 2018, called Vikings from the company Netent, was created based on the plot of the same series based on historical events, which was released in 2013.

On the technical side, the Vikings slot machine has five reels and 243 ways to form combinations during the main game. The minimum bet in a slot is 0.20$ per spin. The slot has a good set of bonus features, such as Hot Spots, Shield Wall, and Raid Spins.

From the point of view of design, the Vikings slot turned out great, it completely captures the atmosphere of the Middle Ages. The drums of the game are located on the background of an icy lake, surrounded by huge snow-covered hills. The symbolism of the slot is also at the highest level, you will see the names of playing cards from 10 to A made of steel, four characters from the series – Ragnar Lodbrog, his wife Langerta, their son Björn Ironboky and true friend of the main character – Floki. The most valuable symbol is the V-shaped logo with traces of blood. All images in the slot are stacked and may appear completely filling the game drum. 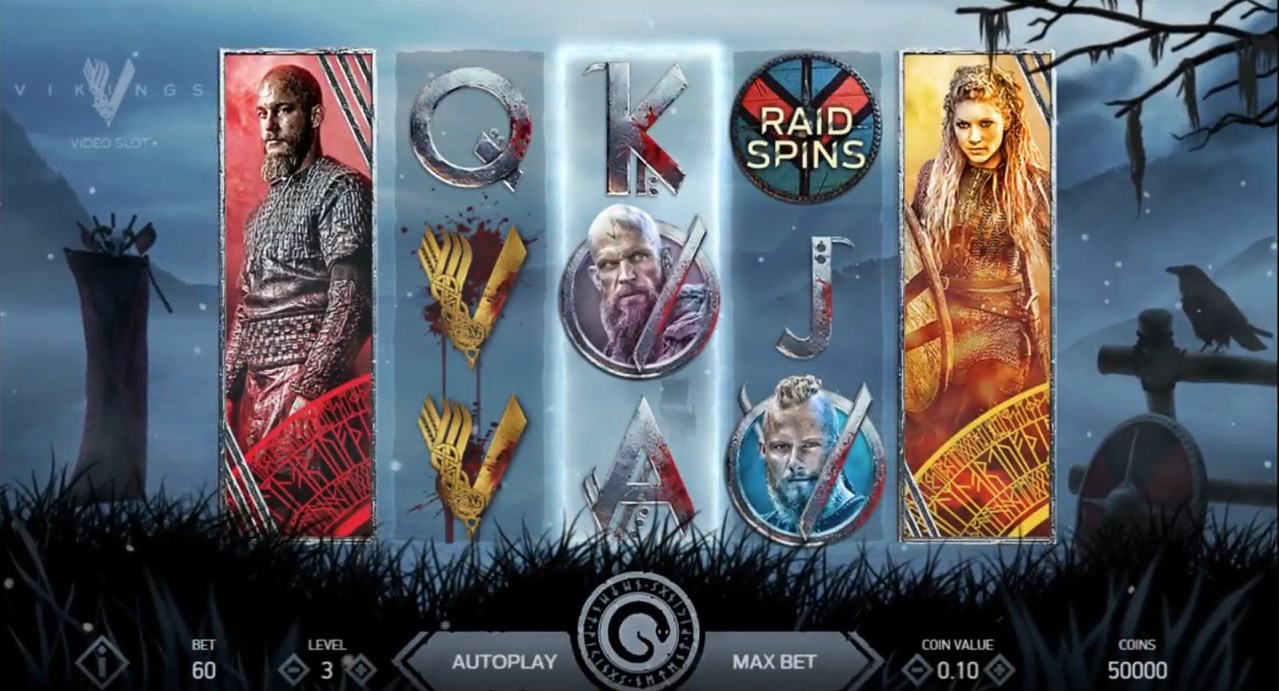 Hot Spots – during the main game, pay attention to the highlighted third game drum. If a Viking appears in its full height, all other images of the Vikings will turn into this symbol. The advantage of this function is that, regardless of where the Viking characters fall out, they will all participate in the calculation of the winnings. 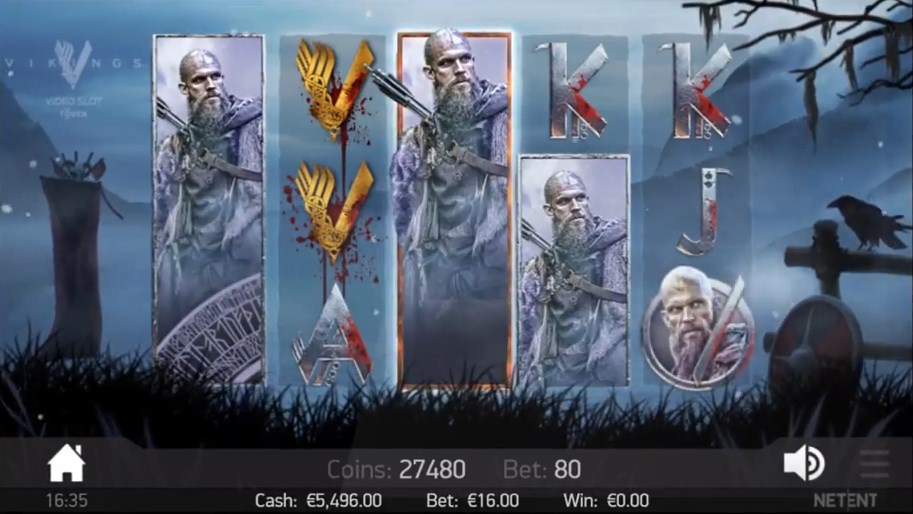 Shield Wall – this bonus feature is activated randomly, during normal game, as well as during the free spins round. Images of shields will appear on the playing field, which will fill in 3×2 or 5×2 cells. After that one of the expensive symbols will appear in their place, it will completely fill these cells, and you will have the opportunity to earn a good prize. 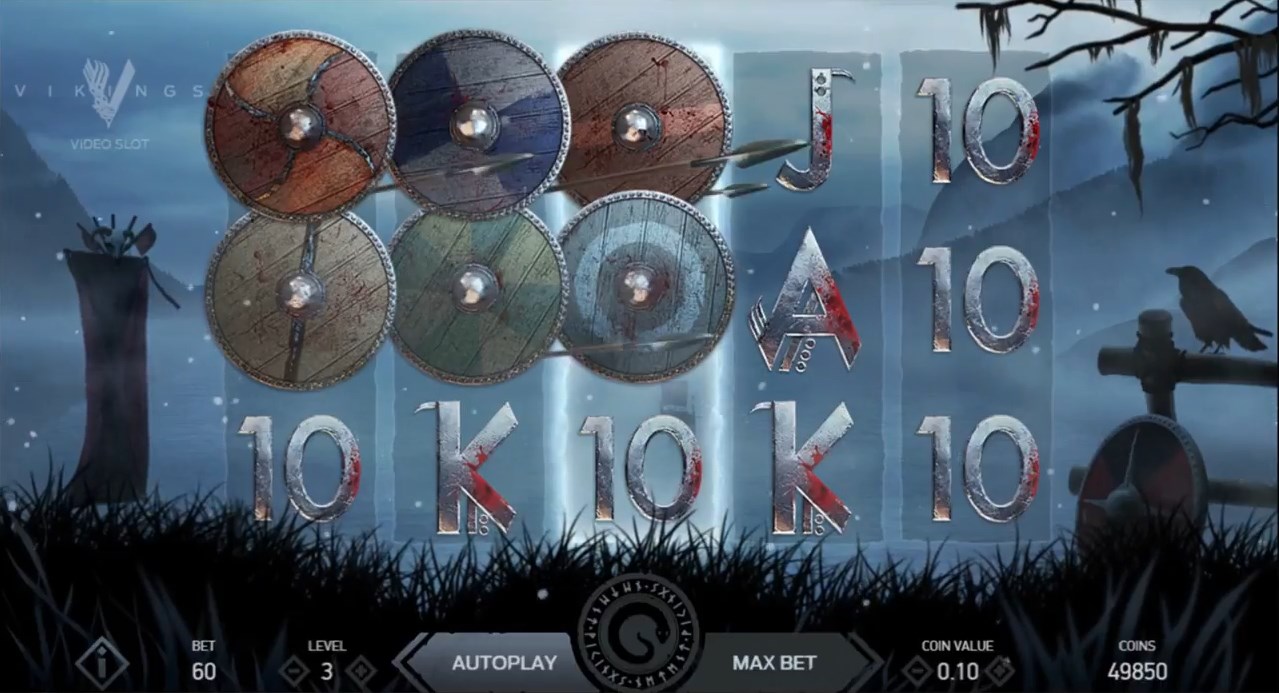 Raid Spins – the function starts if on the third, fourth and fifth game drum, a symbol with an identical inscription will appear. If this happens, you will get seven free spins, during which the playing field will be increased to 7 reels with five rows of symbols, and the number of lines for the formation of combinations will reach 78.125. 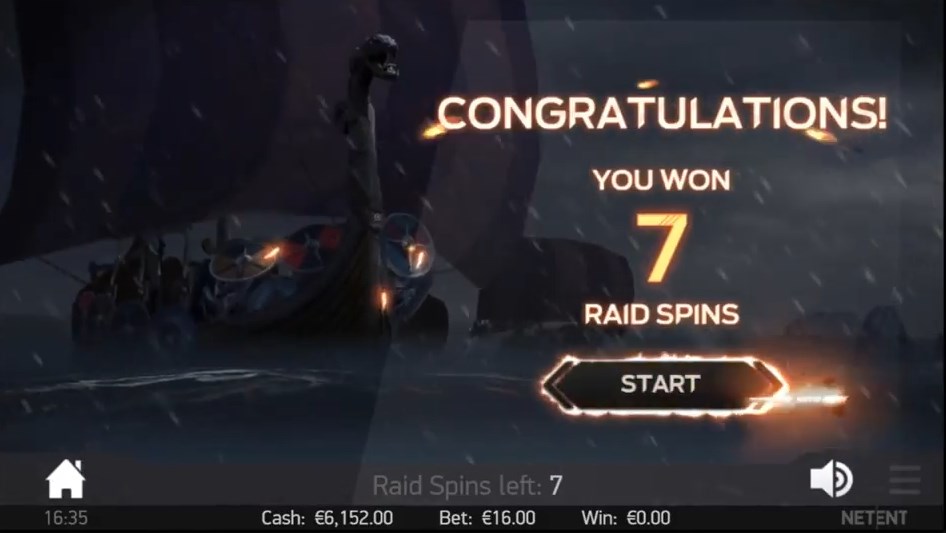 During the free spins round, notice the 3×3 cell highlighted in yellow which takes up three gaming reels. If one of them turns out to be a full-length Viking character, then, as in a regular game, he can turn all other characters into the same character. 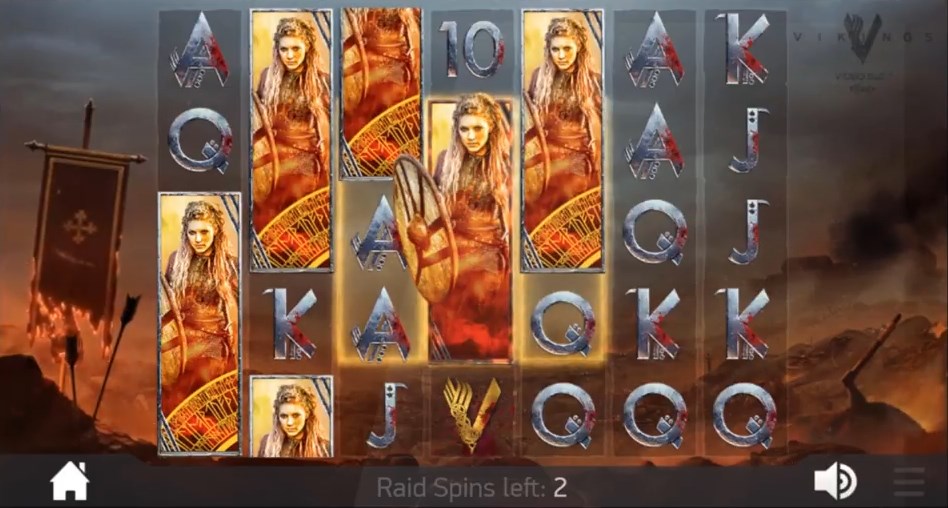 Concluding, we can say that NetEnt’s Vikings is a terrific gaming machine that will draw users’ attention to its plot, as well as a good set of bonus features. The launch of the slot is scheduled for November 22, 2018. 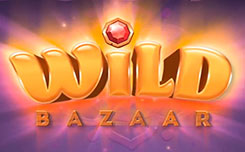