Gambling and especially iGaming in Croatia is something exciting and somehow new. Citizens of this country like to play just as any other people on this planet, but because of strange laws and strick limitations usually Croatians preffered to play online and pay with euro, not with the national currency – Croatian kuna. With the recent changes of gambling laws and interesting bonus offers for depositing in Croatian Kunas the rise of the popularity of this currency is seen.

Croatian kuna is the official currency of Croatia, and it is denoted by ISO code as HRK. 1 Croatian kuna equals 100 lipas. This monetary unit, kuna, in Croatian means “marten”, which in the Middle Ages was a widely used mean of payment. Show more

About a year ago the European Commission approved a bill reflecting new provisions in the gambling and iGaming spheres in Croatia. Receiving this approval means that Croatian authorities could start to become legalized and launch a promising and expensive online entertainment market. Particular attention in this bill was paid to online poker and video slots. That’s why now Croatian residents can easily enjoy online casinos without a fear of bein caught by scam websites that only collect credit card info or don’t pay winnings to players, working only on deposit and not on withdrawals.

According to the law, now the Croatian government not only has the right to require online casinos to obtain a license to operate a virtual site, but also to meet all the requirements of the taxation system. It helped to earn big amounts of money for the budget, because now any official transaction that is processed by a casino with Croatian kunas is taxed by the state.

If additional taxes are unlikely to please operators, those lovers of gambling will now be able to tear themselves away completely – in fact newly launched gambling market in Croatia is not detached, as, for example, in Spain and France, but it just joined the global society.

In addition to the fact that operators are required to make an equivalent payment each year, they will also have a monthly 5% tax on gross revenues. The Croatian government did not ignore the players – a multi-level system of taxation is applied to all winnings. In order to avoid deviations of players from payment of these taxes, operators will be offered to withhold taxes from winning sums independently.

These laws opened new gates for online gambling in Croatia, which made Croatian kuna a new player on the market of online casinos, this currency is becoming more and more popular among players from Central Europe.

What are the most popular ways of depositing the casinos with Croatian Kunas?

Croatians are the nation, which in recent years has been significantly transformed in terms of the habits of payments on the Internet. If earlier the Croatian kuna was used most often in cash payments, then in 2017 it is very often used in electronic payments, and if we talk about online casinos, the depositing of the account in cash has virtually ceased. This is promoted by a variety of different international and local payment systems that help you instantly transfer money from one account to another. Among the most popular means of payment in an online casinos with the use of Croatian kuna are the following:

Almost half of the payments online in Croatian kunas are being made with credit or debit cards. However, sometimes, due to limitations, a number of problems may arise. Some banks do not accept transactions in an online casino. The disadvantage of a bank transfer is the slow passage of payments and the need to file documents with the bank. The calculations with the use of credit cards, usually Visa and MasterCard, are much simpler. Transfer of money to an account in a casino using cards is instant, you just need to enter credit card information. A big plus of using cards with winnings withdrawal – you can get the money you win at the nearest ATM.

This system provides its users with several convenient ways of depositing the account and withdrawing money, including transfer from a credit card, transfer of funds from a bank account, and transferring money using special Neteller cards. For the player, creating an account for the system is free, but for the operator to connect Neteller to your casino you will have to pay. The Netteller system is the most popular payment system in the English-speaking gaming segment, and recently became popular among Croatians.

Also extremely popular system in terms of using Croatian kunas. The presence of this payment on the site also serves as a sign that the casino is seriously set to work, is a legal entity and has provided its documents for verification. In order to get the opportunity to use the services of Skrill service, you need to undergo the procedure of personal verification. This requirement is put forward in order to minimize the number of fraudulent actions and prevent money laundering.

The system also provides an additional verification, which will move the limits of the system and set a maximum limit on the transfer of money. When connecting this payment system to the casino site, the operator must also provide his gambling license. The system serves more than 2.7 million users worldwide and operates not just with Croatian kunas, but with more than 35 currencies. Show less 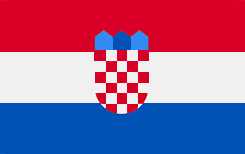