We started talking about casino behind the scenes, and right now we’ll discuss roulette in more details. There are lots of words said about this game, lots of songs written, books, scientific papers and amateur systems published, but the roulette magic never wades and the number of roulette fans keeps growing. And each one of those new players after another losing bet thinks he will definitely come up with a winning strategy some day later to become a millionaire or a billionaire.

We’ll now have a look at the other side of the table and take the dealer’s place, grab that ball and spin the wheel. Let’s starts with the fact that the roulette is the most difficult game for dealers, and that’s for several reasons. 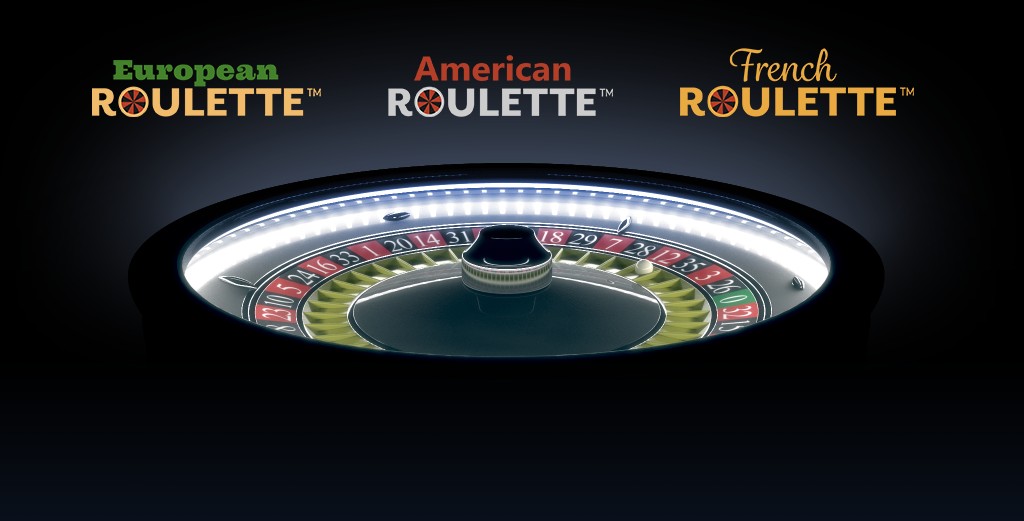 Working As a Roulette Dealer

The main job of a dealer is to count player winnings. Just imagine how many chips are scattered on the betting table can be winning wagers, and you get anywhere from simple x2 multipliers up to x17 and x35. No calculators or written notes can be used. When clearing the table from the loosing bets, dealer has to start announcing how many chips each player have won and convert the value into money if asked. And here’s the first important reason why roulette dealers are always or in most cases professionals that have made tens of thousands of ball throws excluding 400 ball throws a day during the training.

The second reason is the need to control the table and bets, watch for illegitimate bets placed after the winning number is known and deal with situations when a chip slightly crosses the line making it not a single number, but a split bet (wagering on two numbers). You should also understand that players aren’t always intelligent citizens with a cup of tea in their hand, but are usually rich, powerful men wearing all gold watches and rings, who in the 90s used to bury their “problems” on the outskirts of the city. That’s why, if you haven’t noticed yet, casino administration tries to buy tables with mounted ashtrays and do not serve drinks in heavy, crystal glasses, because at some point any of these items can be thrown at a croupier.

One owner of the casino in a small provincial town where I happened to work, decided to create a medieval setting by hanging shields and swords on the walls, having knight armor in the hall and placing iron forged candlesticks on tables. It isn’t hard to guess that on the second week after opening, one of the dealers was hospitalized after dealing a losing hand to a player.

Now, when you understand a bit more about roulette dealer job, I will tell you in more details why you lose more and more often and the ways to increase your chances of eliminating the house edge.

First we’ll talk about spinning the ball. I mentioned it in my previous post and will now develop the topic.

We all know that for a ball throw to be legitimate, it should spin around the roulette wheel three times, but this rule is for those exceptional cases when another intern makes a mistake when performing a ball release. In majority of cases a ball rolls 25-45 times around the wheel before it touches metal deflectors (diamonds) and a separator (numbered roulette disk). 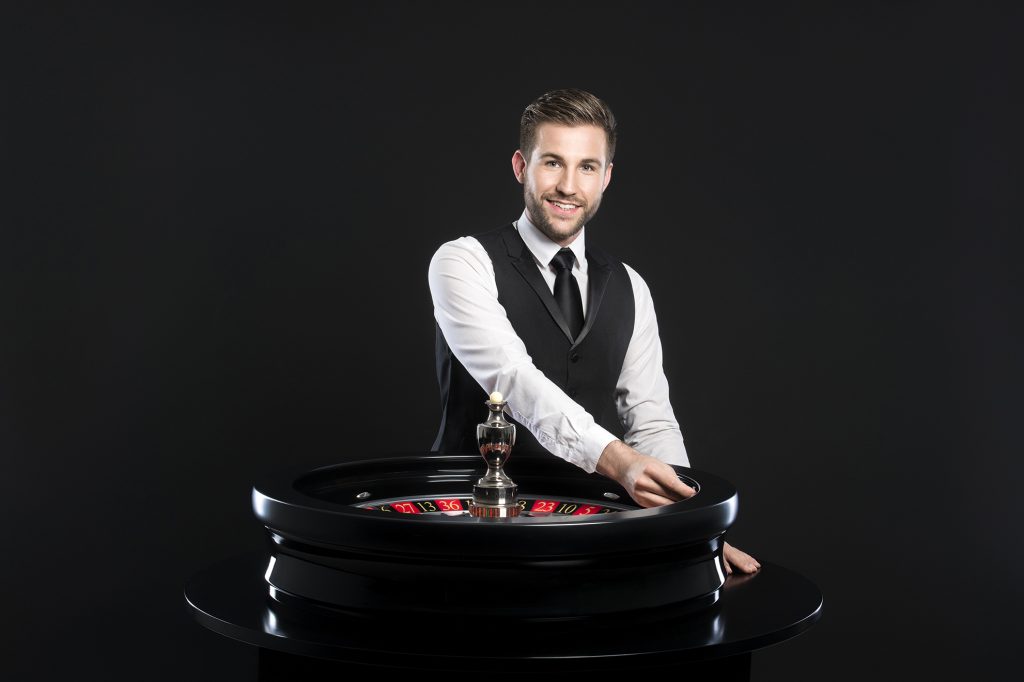 To pass the exam for the highest roulette dealer category, one must spin a ball by clicking the fingers without moving a hand and with the right speed for a ball to roll at least 40 revolutions. This result can be reached in one-two months of having enough practice.

But this is just a mechanical skill that makes an impression on players, so that they assume that when a ball spinning at such high speed, the result must be absolutely random. And we get closer to the most important thing – the fact that a dealer knows where a ball is going to land. You should understand that just few dealers can do that and even professionals and masters can’t say they hit the number they picked ten out of ten times, because there are so many factors affecting the end result, like:

After learning about these factors, you are probably getting more convinced that it’s impossible to predict where the ball will land. But let’s remember a great amount of time dealer spends practicing these throws, how good dealers become after 100, 1,000 and 10,000 throws. 10,000 throws is maximum a year of working practice.

There are dealers who have 10-12-15 years of experience and their salary is sometimes several times the size casino managers earn.

Here I am talking about my personal experience, and telling you that after around half a year by the way you throw a ball you can know for sure how many times it will spin around the wheel. And you can tell not an approximate, but exact number of revolutions; 24 means 24, 41 is 41, this is a common practice that won’t surprise anyone. Another thing is that you can clearly feel how strong you should spin the wheel itself, and you never change your speed. After some more time, you understand that by changing the number of spins, you can predict exactly on which sector the ball is going to land.

Here’s the example: when 17 is the ball release point (meaning a ball is launched the moment this number aligns with the track where a dealer is holding a ball ready to spin it). That’s one of the most important moments! This is going to be a first thing to keep in mind. The ball that will go around 26 revolutions will fall 90 degrees to the right of the Zero Spiel, when the ball is going to go around 28 revolutions, it will go back to 2, 25, 17, 34, 6 and so on.

Each dealer spins a ball with its own speed and does that in their own signature way of spinning. But you don’t stop on that, every day you keep spinning balls while at work or while training, and the precision of your predictions increases. If you could hit a sector consisting of 7-9 numbers, then you would hit the number within 5 number sector (and this is a neighbor bet). After some time the precision gets greater, up to three numbers, and this is when so called skills limitations kick in. Everyday training becomes all about picking one of those three numbers and trying to make it a drop point. First, the chances of succeeding are 33.3%, then 50% and then more.

By now you must have understood that advancing to a new level is a matter of thousands and not hundreds of ball spins and reaching the highest level of expertise is a privilege very few croupiers enjoy. However, majority of roulette dealers won’t find it hard to hit the specific 5-9 number sectors. That means for 15 minutes dealer can hit Zero Spiel 10 consecutive times, while hitting Voisins du zero wouldn’t be a problem at all.

Now imagine for a minute that a player wagers on series 5/8 and Orphelins, which is quite common choice. That is a popular system a lot of players use. As the system suggests, player will start raising his wager after a losing round. As a result, player ends up having all loosing bets. Keep in mind that this is what happens when a regular first category dealer, who can hit a sector of 7-9 numbers, operates the table.

Players would become furious. But once a wager was placed on Zero, she would hit random numbers again. This is not the only example. I’m just giving it to demonstrate a real life situation.

Now you know that apart from practicing ball spins, dealers always analyze the playing style of the biggest players (hungry students spending their scholarship money shouldn’t be offended, but their under $0.20 wagers won’t bother anyone and most probably, especially when they are alone at the table, dealer wouldn’t bother hitting certain numbers and it’s all going to be random. Theoretical 3% house edge would be enough to make you lose).

Player betting style and system are very simple to find out. They wager on their favorite numbers, or choose certain systems, like the one described above (there are many betting systems and I think that I will tell you about some less known of them if there will be some positive feedback in the comments below; these aren’t guaranteed winning systems, but they will slightly increase your chances of winning). Moreover, when dealers change a manager tells you that and old man wearing Bolshevichka jacket bought casino chips for half a million Russian rubles and that he wagers mostly on series 5/8 and number 26. After receiving the information, dealer implements his skills and in 10 minutes that old man takes a night train to go back to his old woman without a penny in his pocket.

We are getting closer to the final part of this post where I would like to deliver a summary that will take the form of thesis-recommendations that won’t let you win, but will probably make sure you won’t lose money too soon so that you’ll have time to enjoy the game.

You as a casino player have the right to request from a manager, croupier or a table inspector the following:

Playing in a less predictable way, not placing the same bets multiple times and picking different bets after a ball was thrown, would be other recommendations.

I have around ten more roulette tips in my arsenal and one post isn’t enough to describe all of them. This series of the articles about casino behind the scenes will continue with a post about poker, but I will tell you in more details about both roulette and casino games you are most interested in by your request.

Gambling GuideRoulette
To write a review, you must login or register