Book of Ra Slot Machine. All Game Versions, How and Where to Play It

Book of Ra developed by Novomatic is one of the most widely recognized slot machines at online casinos. This is a rather old title that has dated graphics and a simple bonus round, but that doesn’t make it less appealing to players. 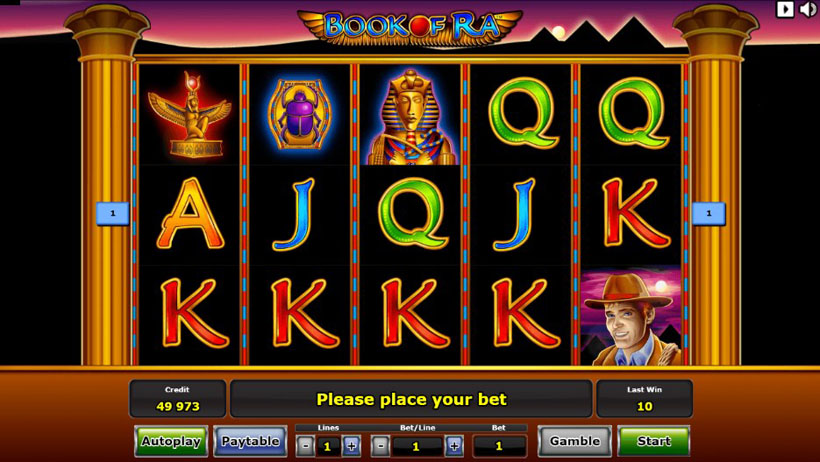 This adventure slot with the main character resembling Indiana Jones was the first in a series of slots. After the initial title was launched, the developer introduced Deluxe version. There’s a small difference in how the two look, and the set of symbols is the same. Payouts haven’t changed as well. The only significant difference is that Book of Ra Deluxe had 10 payilnes instead of 9. 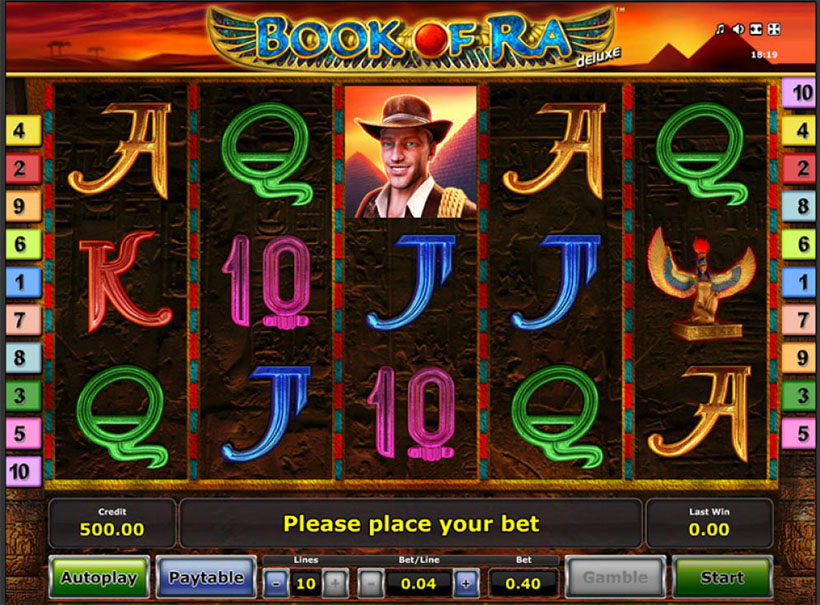 One of the distinctive features of Book of Ra is that it offers players to set the number of active lines. The original title offers 1, 3, 5, 7 or 9 active lines, while playing Deluxe version allows setting any number of lines from 1 to 10.

In both cases the book symbols trigger the bonus round of 10 free spins. During this round one random expanding symbol that can cover entire reel will be activated. What’s more important is that expanding symbols will be paid anywhere; they don’t have to land on adjacent reels.

Other Book of Ra Games 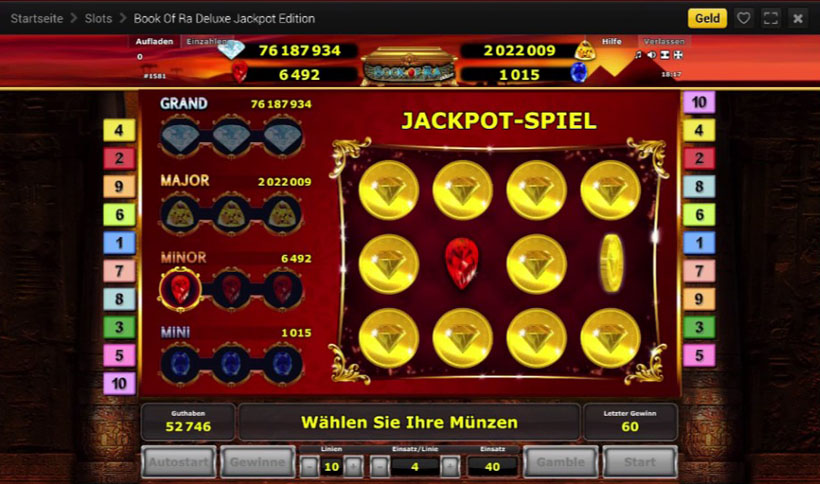 Book of Ra Magic – another title in this famous adventure series. What’s magical about it? Well, this might be the fact that during a bonus round there can be up to 9 expanding symbols. The round starts as usually with 1 expanding symbol. But as free spins get retriggered, each time there will be one extra expanding symbol added. In the end, you can have all symbols expanding. That will land you some really magical winnings. 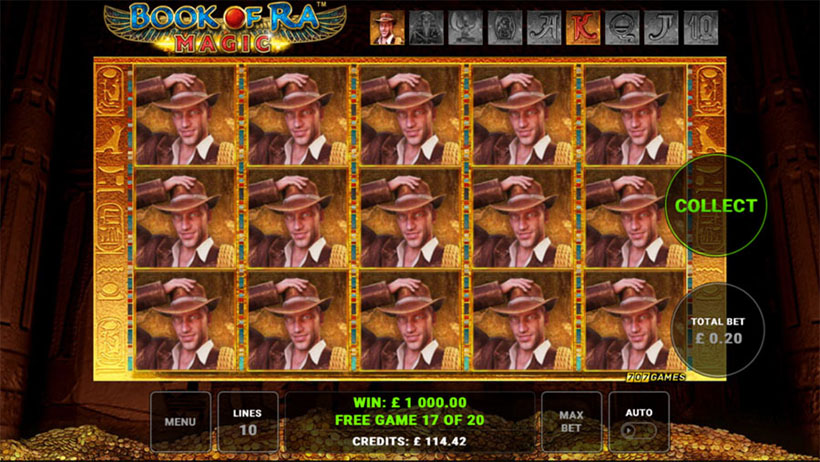 In 2018 the developer released another title in Book of Ra series, and they called it Dice. But this can be a disappointment to the slot fans since there’s actually nothing new except for dice icons showing up in the corner of every symbol. That’s the same Book of Ra Deluxe except for that dice icons that don’t do anything other than just sit there, they don’t unlock any features, award credits or anything else. 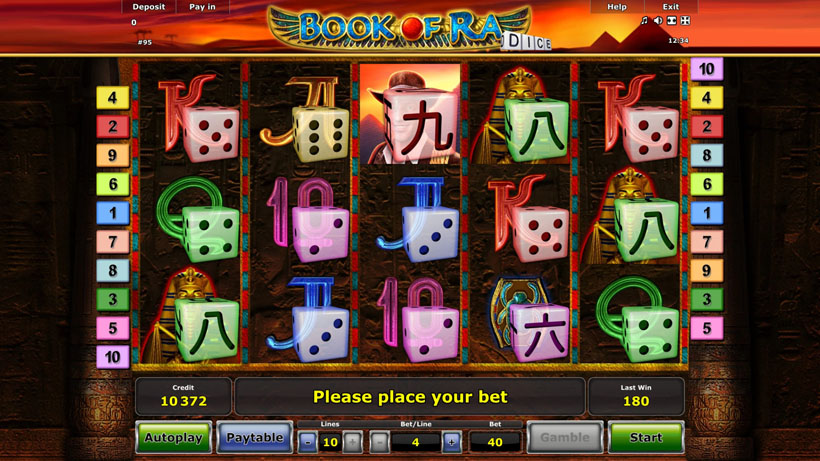 Book of Ra Bingo. In this case the developer went much further than simply adding a few graphical elements. Players will start playing a regular bingo game, they are dealt some cards and try collecting certain patterns from the called numbers.

There are patterns that activate a bonus game, which is a round of free Book of Ra Deluxe spins. Everything is going to be the same, just like playing a regular slot machine – 10 free spins with the possibility of retriggering them, and one random expanding symbol. Overall, this is a very interesting idea of combining two games into one. 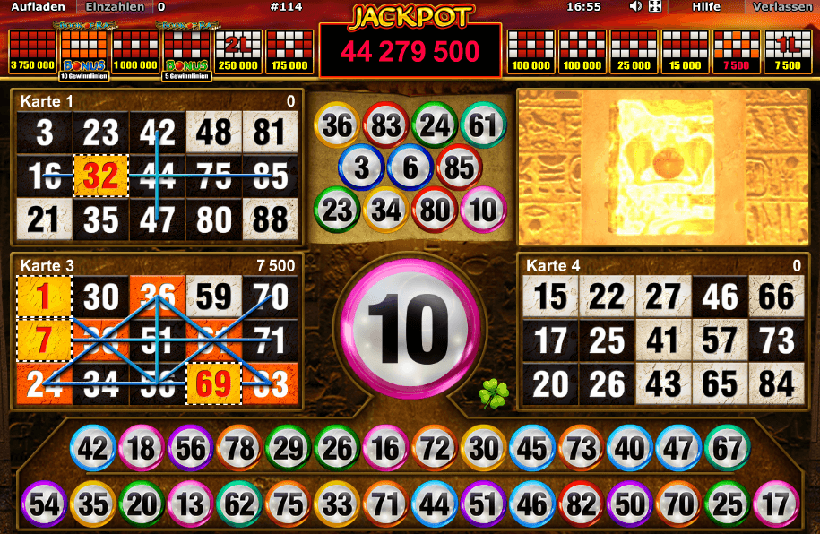 Book of Ra Roulette is a live dealer casino game. Players can make a side bet and guess which slot machine symbol will be hit. These symbols are located on a separate reel. Unlike all of the other slot machines in this series, roulette is launched not by Novomatic, but by Extreme Live Gaming. This live casino software studio has a series of branded Novomatic slot roulettes. 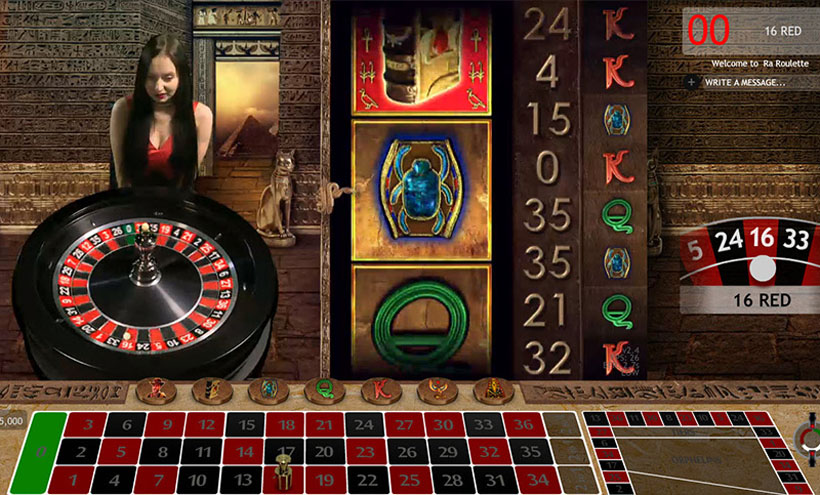 How and Where to Play Book of Ra Slot?

This slot machine is extremely popular with players and thus can be found at many Novomatic casinos. But this is true just for two slots in this series, original one and Deluxe. Casino sites aren’t the only places to find the slots, you can play free Book of Ra game on our website. No registration is required. Just visit the page with Novomatic slots to play them.

The process of playing this game is very simple. You just need to select a bet size, set the number of active lines and push Spin button. After every win players are offered to activate the Gamble feature. If you take the risk, you’ll need to guess whether a card will be red or black. You can gamble multiple consecutive times to win even more than double size of your win.

Book of Dead by Play’n GO has a very similar theme. It’s almost a complete copy of Book of Ra. The same bonus round, which is 10 free spins with a random expanding symbol. The theme is similar, but graphics is better. Book of Dead is also a very popular slot that almost any Play’n GO casino offers.

Other developers also have “book” themed titles, and there are many of them. Book of Aztec, Gods, Gold, Immortals, etc. Book of Immortals, for example, was developed in 2019 by iSoftBet. The story is set in Ancient Egypt, but the company came up with a rather futuristic design. This slot is also very similar to Book of Ra. 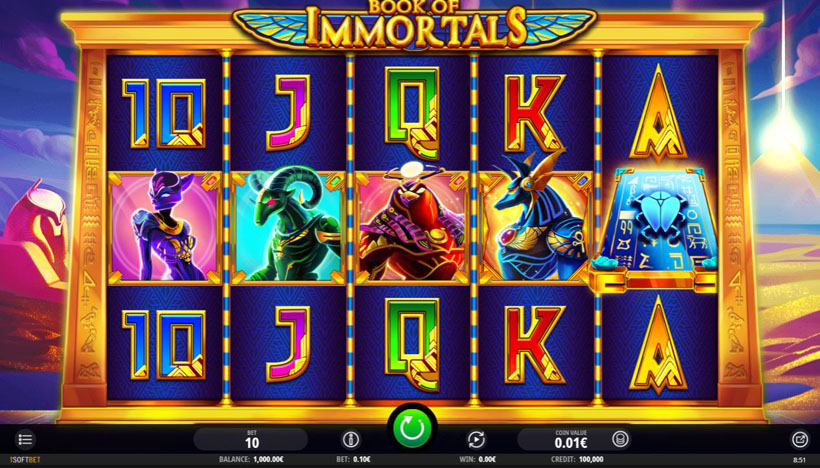 Books and Egyptian setting will be found in Book of Gold slot machine as well. This one was created by Playson. The game also offers 10 free spins and random expanding symbols. But unlike Book of Ra, it offers two expanding symbols at the same time rather than one.

Gambling GuideNovomaticSlots
To write a review, you must login or register