When in touches real gambling, person who controls your stakes and plans your gambling budget is you. Very often we want to think that we are well disciplined, but in real irritation which appeared thanks to monotonous staking and disappointment because of losses, sometimes becomes stronger than we are.

How to maximize your positive emotions during a play? And how to avoid mistakes which people face during risking their money?

The process of gambling must bring more joy than a prize. You need to focus on a game or stakes, which bring you joy. Each player wants to catch a fortune and get a prize, and if in the very beginning you are concentrated to get a nice pastime in a nice establishment, than you’ll leave it as a winner. Any prizes you get should be thought to be an additional bonus, not a sense of game. This is the best gambling tip.

You should gamble only for that amount, you can afford to lose. There is no such a player who visits casino to lose his money forever, but you have to be ready, that one second you’ll have nothing to play for any more (after you reach your limit). If you gamble for money you have no right to lose, then you shouldn’t risk with them.

During your casino rime you’ll meet people who would try to impose you their “winning” systems for gambling and to deceive you, trying to give you false hope that you can win with a 100% possibility.

Unfortunately, none of these systems would work, because casino always has advantage on a player despite the game you play. The benefiter of these systems is its seller, but you stay fooled and with no money.

Staking you evaluate where you can get the highest prize. In particular, if you stake at sport, you won’t think about a stake which as you think has too little chances to win – quite the same is about online-casinos.

Unusually characteristic example of this we can find in roulette , especially in online-casino. If you decided to play roulette, then you should always choose European roulette, not American, because European one provides more chances to win.

Returning the losses is a travel down the spiral, which takes you deeper and deeper into the abyss. It’s not nice to lose for anyone, but losing more and more money till the end of the days is even worse.

It may seem to be a good idea to compensate your losses, but in anger you don’t think rationally and keep staking mindlessly and risky. Take a break and calm down after each big loss, before starting a play again.

Losses shouldn’t influence your welfare and darken your mood. That’s why if you don’t have “excess” money, don’t start gambling till later. Make a “limit of loss” and a “limit of win”, after reaching which immediately stop playing. Don’t follow a happy occasion, as well as don’t try to compensate losses. Such behavior inevitably leads to the sad consequences. New players think that exactly these casino tips for beginners are useless.

Pleasure of a game process should be first, and prize is second. Thus play games you enjoy, not games which bring highest benefits. Don’t trust “winning” systems. They won’t help you, but will fill sellers’ pockets.

Having chosen a strategy, follow it strictly. One step aside and all efforts are vain.

Gambling attracts and catches. Sometimes the heat of gamble is so high, that a person doesn’t notice a fine line before a debt abyss. As long as it’s impossible to predict game’s result (as well as safe yourself form losing), it is real to lower the risk of losses only listening to experienced players’ advice. Use all these casino tips and tricks and be safe. 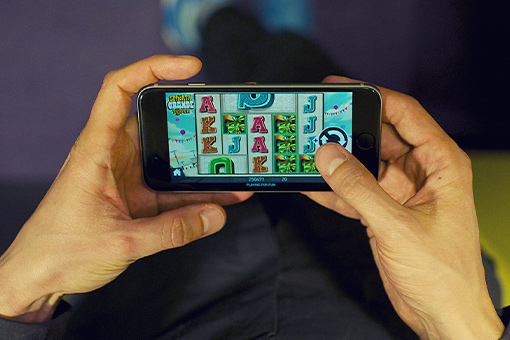 During your casino rime you'll meet people who would try to impose you their “winning” systems for gambling and to deceive you, trying to give you false hope that you can win with a 100% possibility.

Unfortunately, none of these systems would work, because casino always has advantage on a player despite the game you play. The benefiter of these systems is its seller, but you stay fooled and with no money.