Slot volatility, aka dispersion or variance, is an important characteristic that hugely affects player experience. Most novice players don’t know it’s as important as RTP. Together these characteristics can give a much better understanding of what performance to expect from a slot game.

While RTP shows how much on average the game returns to players, volatility explains how these winnings are going to be spread. Low volatility means low risk level when wins are spread more evenly. Players get paid more frequently, but the winning amount is usually smaller.

If you aren’t after colossal payouts, and just want to enjoy longer play for your money, low volatility slots is your thing. Here we’ll list top 5 NetEnt slots with lowest dispersion. 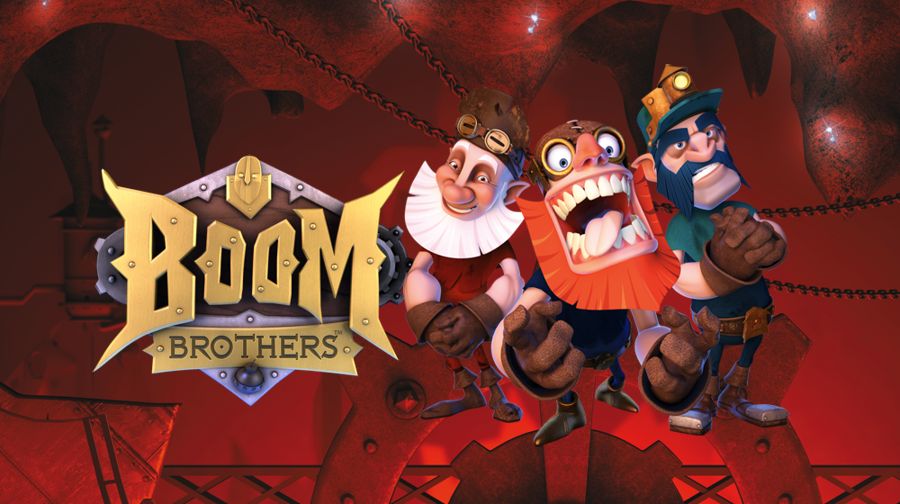 This is considered to be the lowest volatility slot by this developer. According to one of the sources, its volatility level is five times higher than that of Dead or Alive, which is a well known NetEnt game with extreme dispersion.

This is quite unpopular and old game. Boom Brothers was released in 2010. The slot features a mine that is developed by three dwarfs in search of precious stones. They have lots of explosives used to dig deeper into the rock and collect treasures. It’s a cute story, but other than that, there isn’t much to be proud of. The slot can offer free spins with tripled wins and Second Chance option that grants another opportunity to win after a losing round.

Jungle Games and Diamond Dogs should come next, but these are too old and rather boring slots. Their volatility is 3.46 and 3.71, correspondingly, but we’ll place place Jack Hammer 2, with volatility 3.93, on the second place. Beside bright, comic style visuals, this slot has some other interesting features. Sticky Win is one of them. It activates respins that last until new win is landed. Players can also get up to 20 free spins with two extra Random Wilds.

Jack Hammer 2 Fishy Business was released in 2012. This time the main character fights the criminal known as Don Crabby. Low volatility the slot inherited from the first series featuring this character. Jack Hummer in the first series was chasing another criminal mastermind, Evil Dr.Wuten. Both titles are quite popular and can be found at almost any NetEnt casino.

These two slots used to be well known and popular but with time their popularity faded. First slot was launched back in 2013, three years later the company developed its sequel. It’s a vampire themed game designed to suck money out of players’ pocket. That’s basically what all slots should do, but Blood Suckers does it slowly, regularly returning player money. Both slots offer two bonus rounds, one of them is a Pick and Click type game and the other one is a round of free spins. 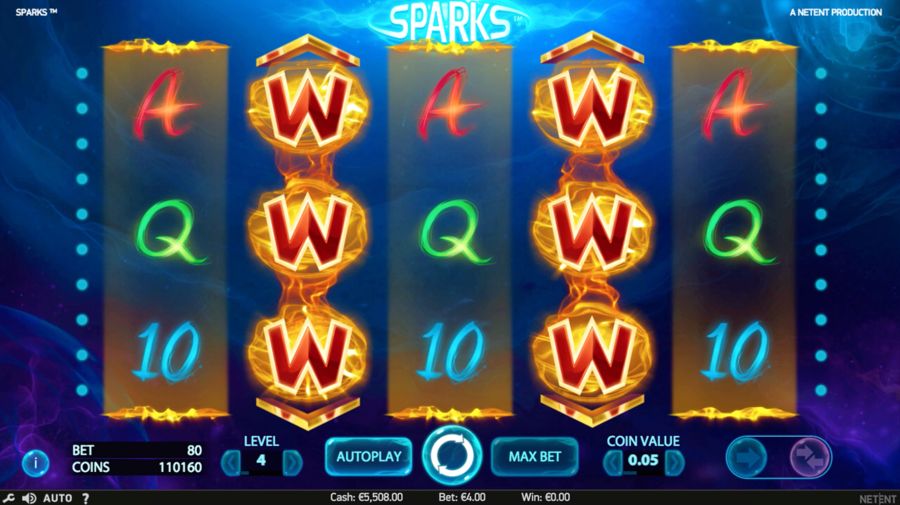 Sparks is a simple slot with one big surprise that makes it intriguing. Players can choose between one way wins or both ways wins. After every round it’s possible to switch the modes. Gamblers will also enjoy Expanding Cloning Wild. This symbol can substitute other symbols and at the same time can expand up and down or replicate itself to the neighboring reels. That’s about it. No bonus games, no free spins. 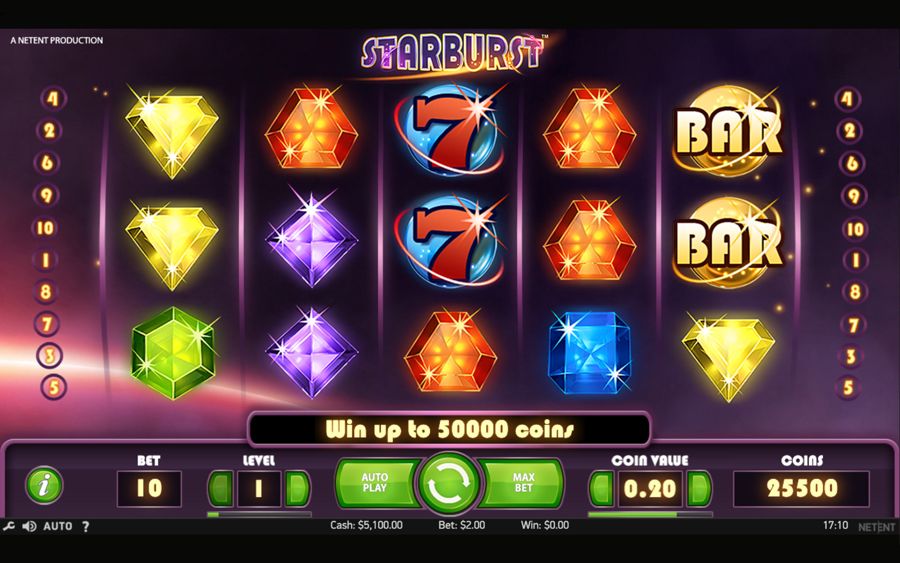 This is a true star among NetEnt low volatility slots. Despite being released in 2012, Starburst is still extremely popular. One of the reasons for that is its low dispersion. But it isn’t the only reason. Simple design in combination with one exciting feature made it even more appealing. Wins are paid both ways, but what’s most appealing is that every time Wild symbol appears on the reels, it expands to cover whole reel and launches at least five re-spins.