King Kong Fury is an incredible video slot NextGen Gaming is about to release. This is definitely the most exciting online casino slot featuring this beast. The studio will launch the game on March 21. We are just one week away from meeting our old friends, raging King Kong and terrified Ann Darrow.

The developer did an excellent job designing the slot, and it will most probably be a major hit once it’s released. With 5×4 reel set, three mini features, up to 100 free spins and striking animation, King Kong Fury provides immersive gaming experience. This game will be a number one choice for those players who love intense action and sense of adventure.

The action takes place on the Skull Island. King Kong will be protecting kidnapped Ann Darrow from other monsters that inhabit this savage place. You’ll see King Kong defeating one of the monsters after free spins round is over. To trigger this bonus game, two bonus symbols featuring the main heroine must land on first and fifth reels. 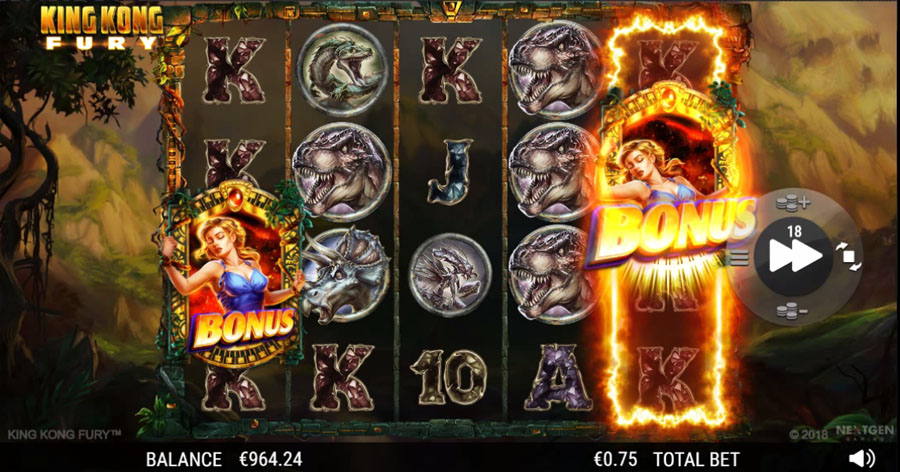 Once free spins get activated, that’s when the real action begins. Stacks of Wilds covering entire reel frequently appear during the bonus round and award Raging Re-Spins. The number of free spins varies and is determined randomly. You can have up to 100 of them. 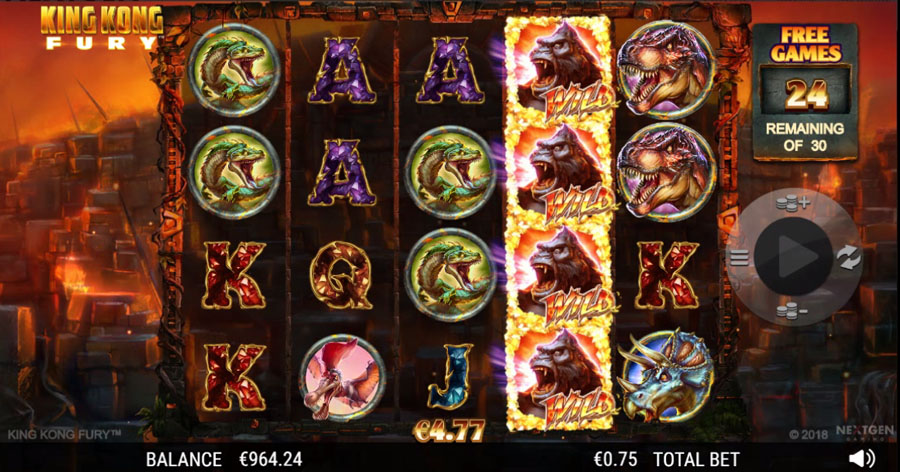 Before the round begins, players will spin statue reels to see how many free games will be awarded. There will be two statue reels to chained Ann Darrow’s right and left sides. Two numbers landed on the statue reels are multiplied to determine the amount of free spins. 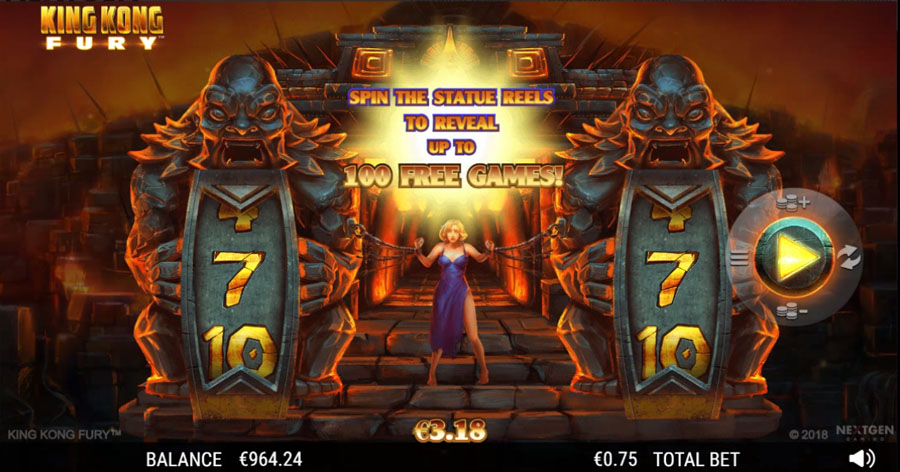 Kong’s Call and Lightning Reel features are available in the base and bonus games. Both are triggered randomly. The latter feature helps you collect high paying combinations by adding more Beast Symbols. Considering the number of beasts can reach 15, you will have a great chance of getting high payouts. Kong’s Call is about extra Wilds. There can be up to 12 Wilds randomly appearing on the center reels.

If you play this slot, you really need to wait before bonus game gets activated. Free spins can be retriggered in case two Ann Darrow symbols land on the reels, and that’s when you can collect some really big wins.

The upcoming King Kong Fury is a second NextGen Gaming title based on this iconic movie. Original King Kong slot doesn’t seem to be thrilling today. The action takes place mostly in the city. During the bonus game King Kong will climb the tower and smash planes to earn you as much free spins as possible.

Another similarly themed slot is Kong: The 8th Wonder of the World by Playtech, which was released in 2011. It’s based on 2005 Peter Jackson movies and has Jungle and Big City modes with bonus features specific to each of them.

This mighty creature was featured in many other slots like Rage to Riches by Play’n GO, Mighty Kong by Pragmatic, King Kong Cash by Blueprint, King Kong Island of Skull Mountain by NYX and more. But the upcoming King Kong Fury is going to be the most powerful and engaging of them.

King Kong Fury is an incredible video slot NextGen Gaming is about to release. This is definitely the most exciting online casino slot featuring this beast. The studio will launch the game on March 21. We are just one week away from meeting our old friends, raging King Kong and terrified Ann Darrow.

NextGen GamingSlotsUpcoming Games
To write a review, you must login or register