With the release of Dragon Born in January 2016, online gambling was first introduced innovative slot mechanics known as Megaways. This slot machine became the first Megaways title in history and its launch left the industry in a state of shock as no one could think that something like that was coming. Turned out slots don’t necessarily have to offer fixed number of symbols on the reels. 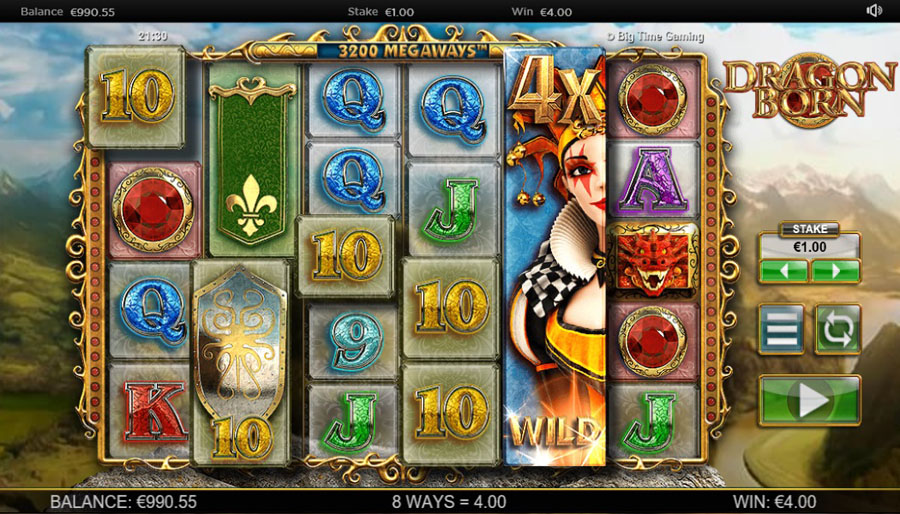 Big Time Gaming was the author of this slot mechanics that made a big difference since each reel had a random number of symbols appearing after each spin. Dragon Born, for instance, has 2 to 7 symbols, other slots can have different range.

The second slot of this series was released a bit over four months after the first one. That’s a stark difference compared to a frequency of new Megaways titles being launched today. Players now can enjoy several new titles featuring this slot mechanics a month. This production rate is possible thanks to Big Time Gaming selling the right to use Megaways to other developers.

Blueprint was the first company realizing its potential. They bought the license in 2018. Other studios such as Red Tiger, Relax, iSoftBet, Kalamba Games, Fantasma Games and NextGen Gaming later followed their footsteps. Megaways system found its way even to land based casinos as a result of a deal with Storm Gaming Technology, the supplier of gaming machines to brick and mortar venues.

Today there are lots of Megaways titles as there are seven developers releasing them at the same time. Let’s start with the company that invented this slot mechanics.

Megaways slots produced by this studio are famous for their extremely high volatility. Typically, they have a big number of betways, a bonus round with free spins that can be retriggered and a growing multiplier. These slot machines are popular among casino streamers thanks to some impressive wins that players can land.

As mentioned above, first ever Megaways title, Dragon Born, was developed by Big Time Gaming. Later the company released Queen of Riches and Star Quest. Fourth and one of the most famous of these series was Bonanza. In addition to using their extraordinary slot mechanics, the company also introduced another unique feature, Dual Reaction. Bonanza players can see carts loaded with symbols at the top of the regular reels. This additional horizontal reel reacts with the main set of reels and helps get more winning combinations. 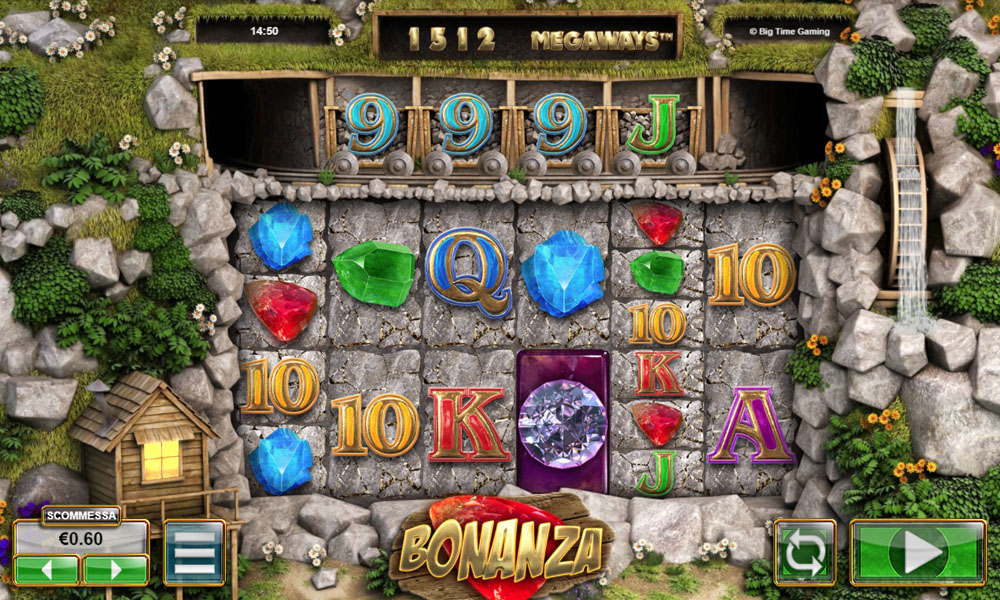 Over time Big Time Gaming has perfected their ability to surprise players with unique features. Starting from White Rabbit, players were able to buy a bonus round, by activating Feature Drop. That same slot was first to offer Extending Reels, when slot reels keep growing with every cupcake symbol appearing on the screen. In the end there can be up to 12 symbols on a single reel and, as a result, the number of betways can grow to 248,832.

Then the studio produced Extra Chilli, which was unofficially named Bonanza 2. This slot also has one extra reel, but unlike Bonanza, it is located bellow the main reel set. Feature Drop can be activated. In addition, a new Gamble feature was introduced, giving players a chance to increase the number of free spins from 8 up to 24. There are overall four levels of the feature and to get to the next level, an arrow needs to land on a winning colored sector of the wheel. If you lose, you lose your bonus round.

After Extra Chilli the company released Who Wants To Be A Millionaire and Holy Diver.

This company has an extensive collection of Megaways slots. Buffalo Rising produced in autumn 2018 came first. Players are able to buy a bonus round when playing this game. Later, when Big Time Gaming launched the Gamble feature, which can be used to increase the number of free spins, Blueprint borrowed it as well. Vikings Unleashed, for instance, has this feature applied to the number of free spins or to the size of the multiplier. 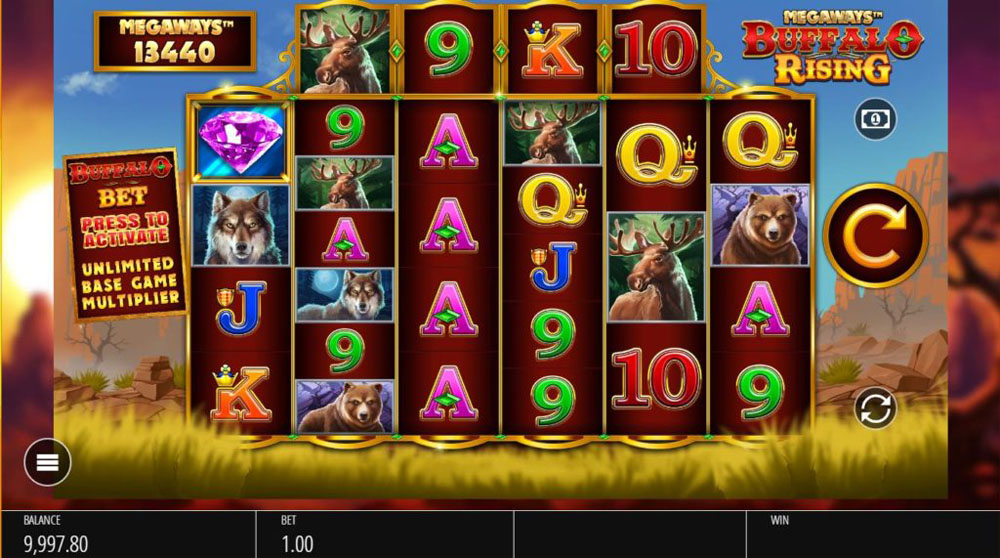 These types of slots by Blueprint aren’t that popular. And the company exploits it so often that the mechanics has lost its value.

This developer doesn’t use Megaways mechanics as a fanatic and releases lots of other new slots in between. The company acquired the license in October 2018 and from then on has produced just one title using this slot mechanics, Mystery Reels Megaways. At the same time, there have been around a dozen of other online slots released. 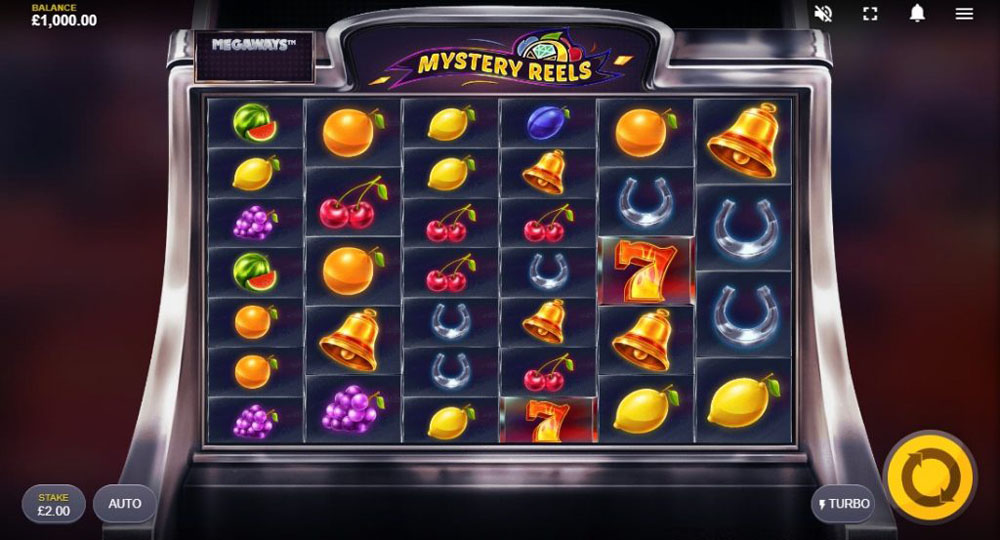 Mystery Reels Megaways is a relatively simple slot compared to other slots of this category. It doesn’t offer the horizontal reel that some other slots feature and players can’t buy free spins. But the slot potential lives up to the expectations, with max win being 10,000x. Moreover, you can use Gamble feature to get more free spins. One of the advantages this game offers is that you won’t lose all of your free spins in case you lose during the Gamble round. The worst scenario is you get half of the free spins initially granted.

Temple Tumble has up to six symbols on each reel, that’s why the number of betways is 46,656, instead of usual 117,649. Another slot, Machina has the same number of the betways. But unlike Temple Tumble, it has Feature Drop, and what’s even more exciting, the slot offers three jackpots. It was produced by Kalamba Games and distributed by Relax Gaming.

This studio has developed just one Megaways slot so far, Flower Fortunes Megaways. It has 531,441 betways and the maximum win of x18,480. 6×5 reel set will grow if a player gets lucky.

Meduza Megaways is a classic Megaways slot. It has 117,649 betways, one horizontal reel, free spins that can be retriggered unlimited amount of times and unlimited growing multiplier. Players can pay to activate the bonus round whenever they want.

iSoftBet, another company that purchased the license from Big Time Gaming, is yet to produce games using this mechanics.

Gambling GuideMegawaysSlots
To write a review, you must login or register