Ninja Ways – a new slot from the company Red Tiger, with the theme of martial arts.

Design Ninja Ways interesting and high quality. The game drums are located against the background of a night Japanese city, houses in the traditional Japanese style are visible behind. The game begins with the fact that in front of you there will be a ninja who will accompany you throughout the game, helping you to get prizes with the help of various bonus features. 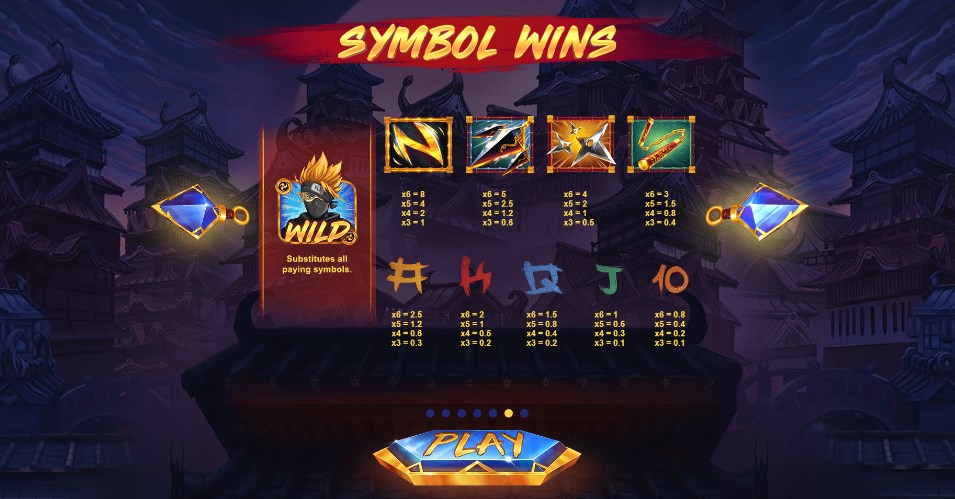 The developers of Red Tiger used in the slot Ninja Ways non-standard structure of the playing field. You’ll play on six reels, and there are ways to form 4096 combinations. The characters in the new game are arranged according to the 6 × 4 scheme. Among the cheap symbols you will see the standard names of playing cards made in the form of Japanese characters from 10 to A. More expensive symbols are images in as a ninja weapon and a golden letter N. Wild (ninja), used to replace all the characters in the slot, except for the scatter symbol in the form of two swords, which activates free spins.

During a normal game, a ninja may appear on the playing field and activate one of the random functions. 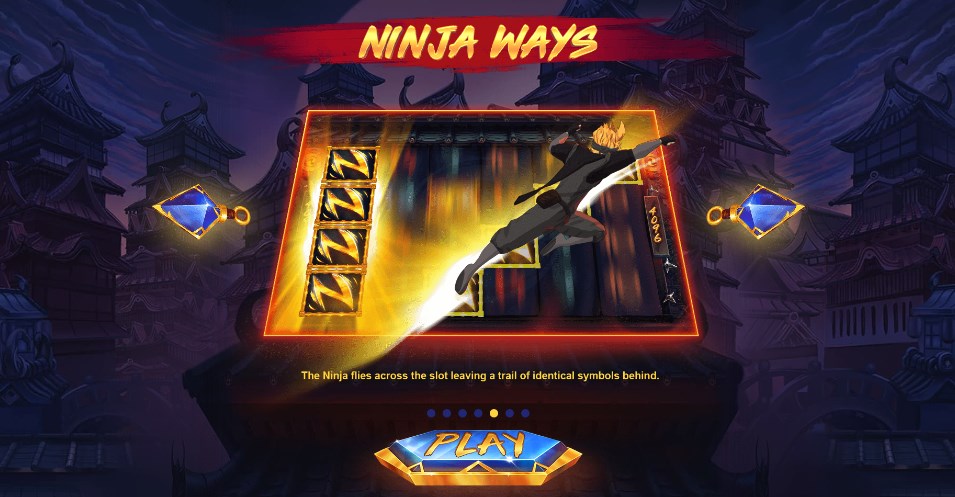 Ninja Wild – Ninja will appear on the playing field and leave behind a few wild symbols with factors from x2 to x8. 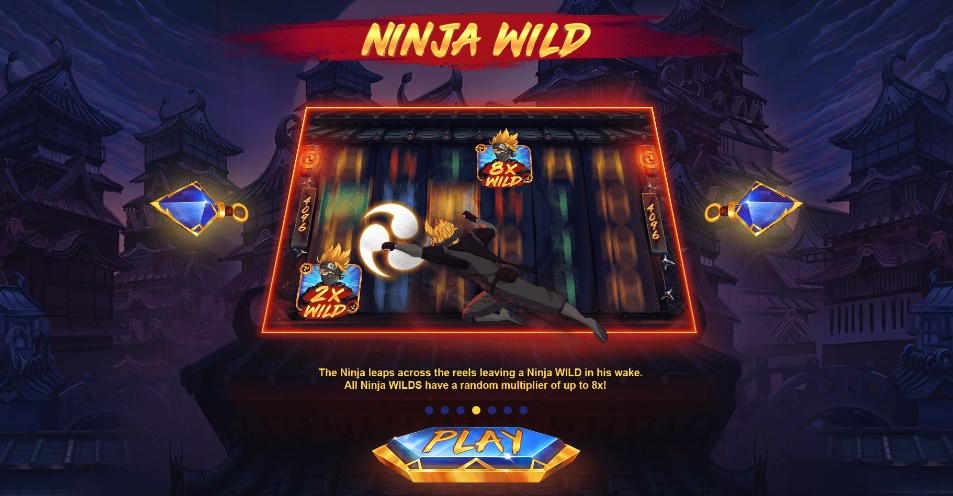 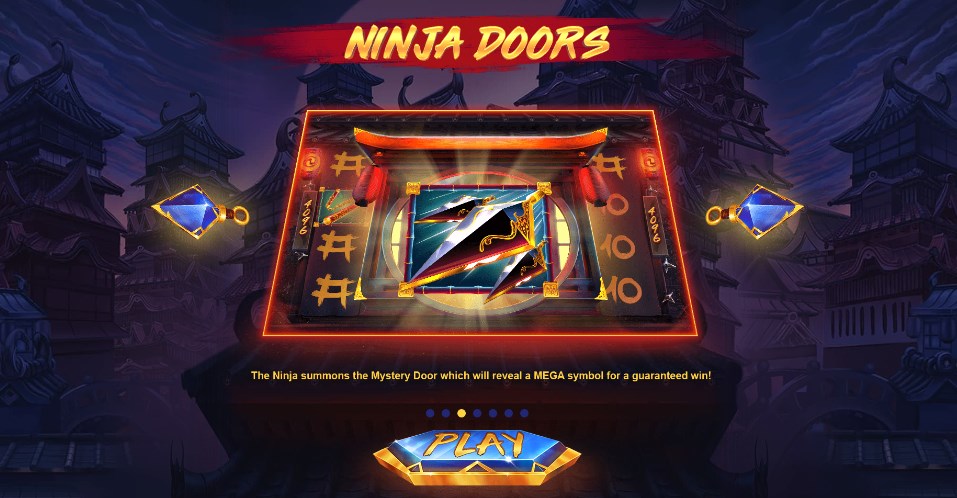 Free spins function – activated if you get five scatter symbols in a row starting from the left reel. There are no free spins in the slot, as each scatter symbol hides a certain number of free spins, which are added up, after which the bonus round begins.

Slot Ninja Ways, turned out to be interesting and profitable, thanks to a variety of functions and a large number of gaming lines. If you like martial arts slots, try Flaming Fox, as well as Hanzo’s Dojo.