Mayan Gods – a new slot from the company Red Tiger Gaming with a theme of the golden pyramids.

The Mayan Gods slot released by Red Tiger has a theme of the golden pyramids that the ancient Mayan civilization built in the impenetrable jungles of the Amazon. The slot has five reels and 20 winning lines and a large number of additional bonus features. All of them are run randomly during the main game. 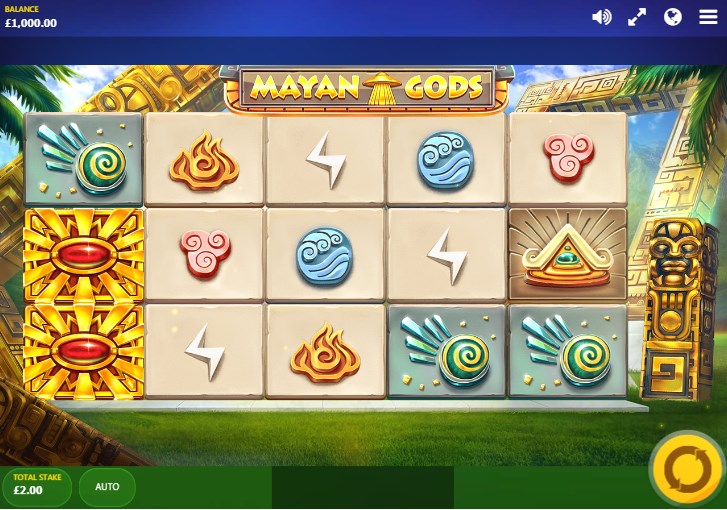 The design of the Mayan gods slot is quite simple. The game screen is located on the background of the jungle with the ruins of the golden pyramids. On the drums you will see the symbols of precious amulets, and the stone signs of the four elements: fire, water, wind and earth. Wild symbol (tiger’s head) made of gold and jewelry, can replace any symbol of the slot.

MAYAN KING – When the function is activated, a huge 2×2 character block appears on the screen, which is wild and complements the winning combinations.

MAYAN ECLIPSE – selects a certain set of symbols on the game screen, and then converts them into symbols of the same value. 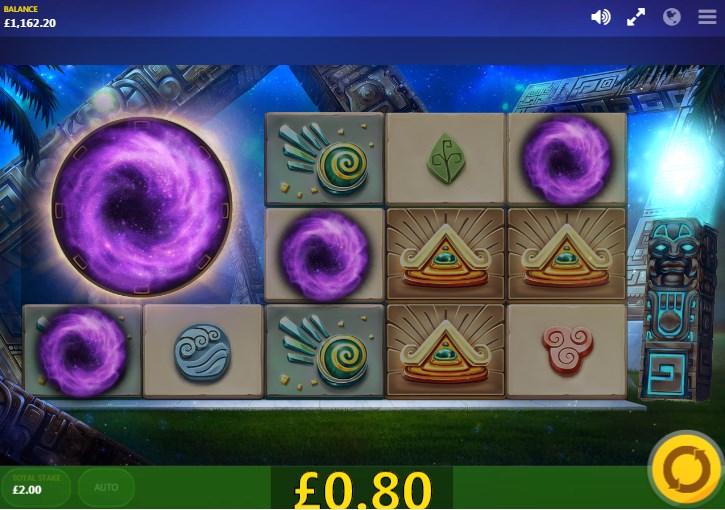 MAYAN UFO – the symbol of the flying saucer will appear on the screen, which flies around the screen and removes symbols of low value. 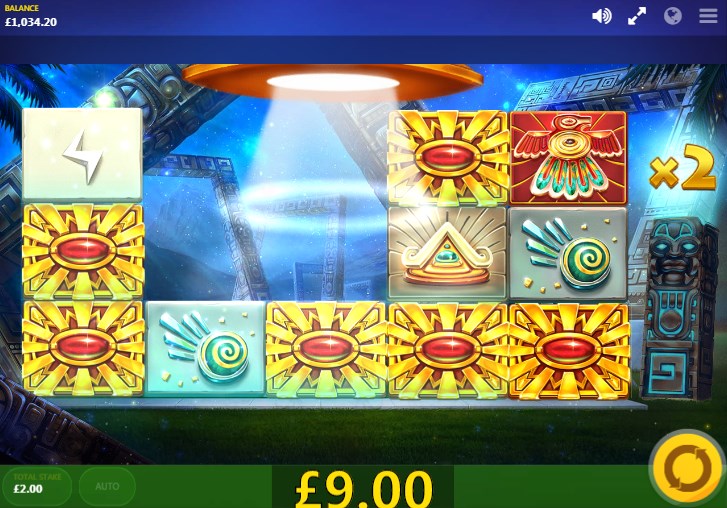 MAYAN SHAMAN – the shaman randomly chooses an additional multiplier, and then completely clears the game screen to create new winning combinations, to which the multiplier will be applied. 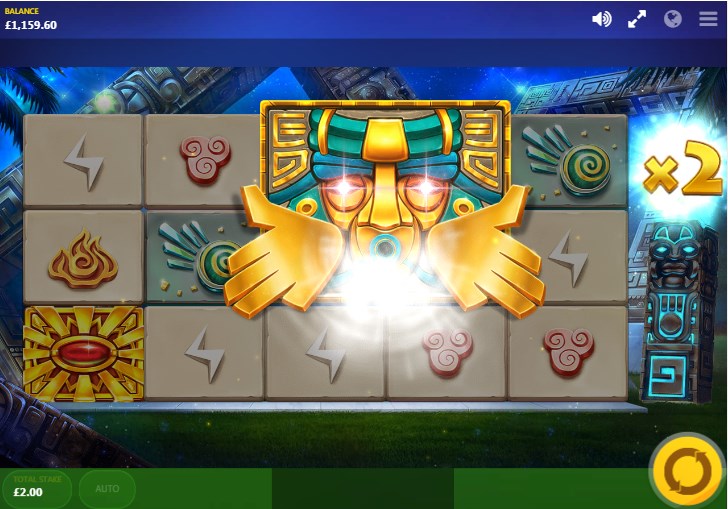 In any game mode, with each winning combination, all the matched symbols will be deleted and replaced with new ones, also, with successive wins, a multiplier will be added, which is activated with two successive wins.