Jack in a Pot

Try your luck playing for free in the slot Jack in a Pot from the developer Red Tiger.

On the technical side, the Red Tiger Jack in a Pot slot has a 7×7 playing field structure, and combinations are formed using clusters. Playing for free in the Jack in a Pot slot you’ll be surprised by the number of bonuses realized, among which you are waiting for: Free spins, Rainbow Swaps, Magic Pipe, Beer Reels and Hat Trick.

Play for free in slot machine Jack in a Pot

The design of the slot is made in Irish style. Game drums are located on a green meadow, surrounded by green trees and of course a large amount of clover. Next to the reels you will see a huge golden pot, in which the main hero of the slot is hiding – funny Leprechaun Jack. Among the symbols present in the slot, you will see card suits, as well as a green tie – a bow tie, a boot with coins, a horseshoe and a gold coin in the form of a clover. In the gaming machine you will see four variants of wild symbols, each of which activates a certain bonus function. Scatter symbols, green clover leaves – activates free spins. 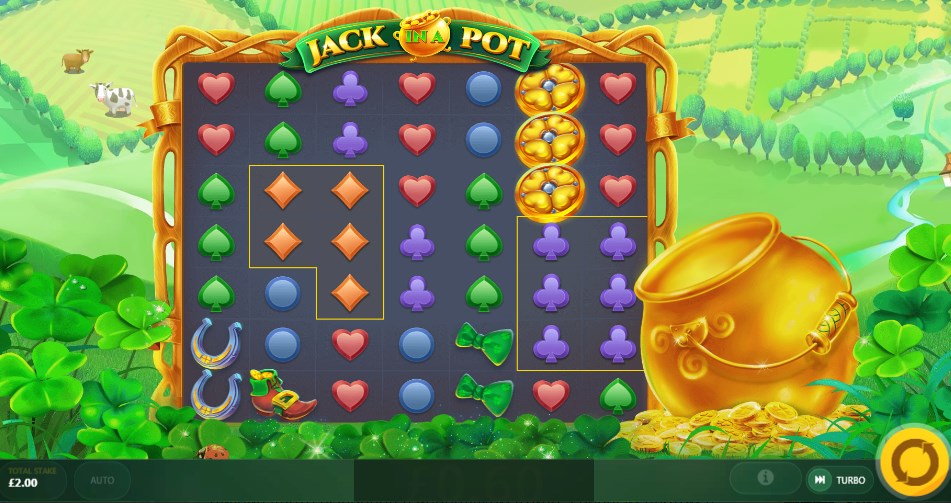 Free spins – in order to activate this round, you need to collect four leaves of clover. When this happens, you will get 10 free spins, during which wild symbols participating in the clusters will accumulate. At the end of the round, all the Wildes will start their function in turn. 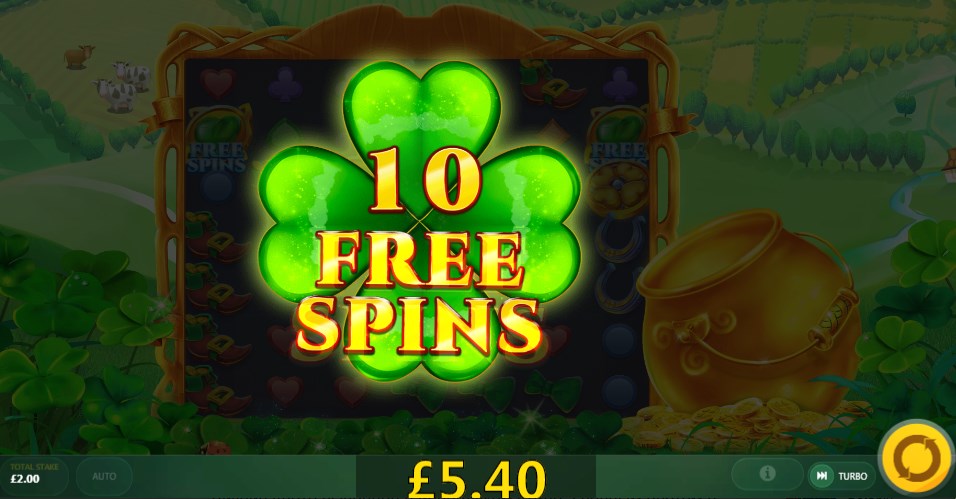 Rainbow Swaps – from the golden pot Jack will release a rainbow, it will turn randomly selected images into the same. 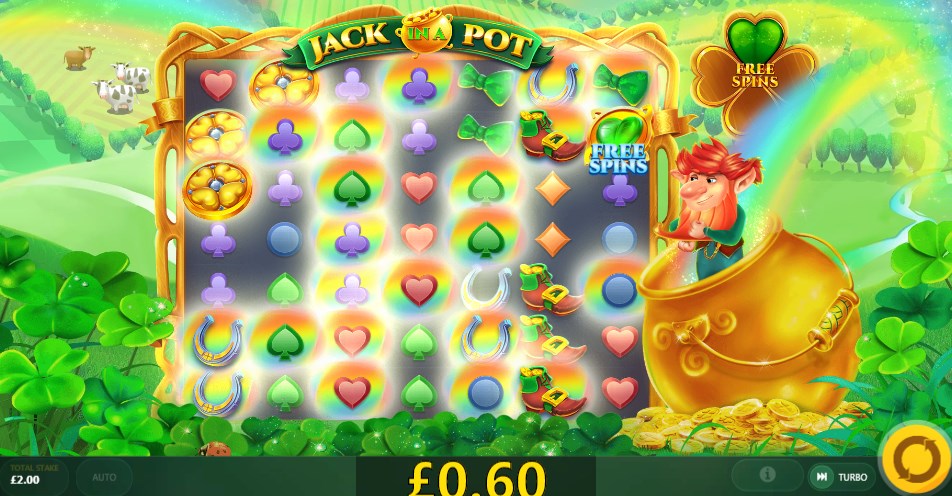 Magic Pipe – Jack will turn one or more expensive characters into large ones, after which they will be able to fill 2×2, 3×3, 4×4 cells. 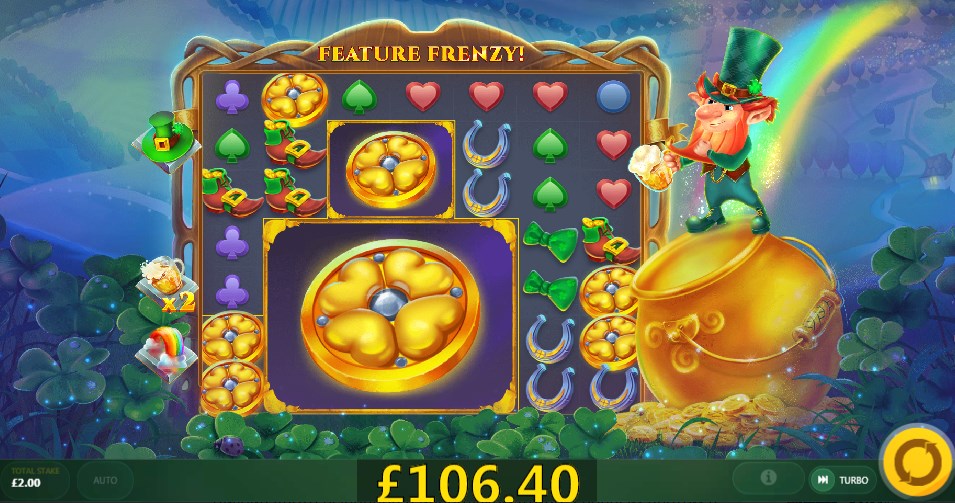 Beer Reels – over the reels will appear taps from which beer will flow to randomly selected gaming reels. After that, all the characters become one, and you will have the opportunity to get a good win. 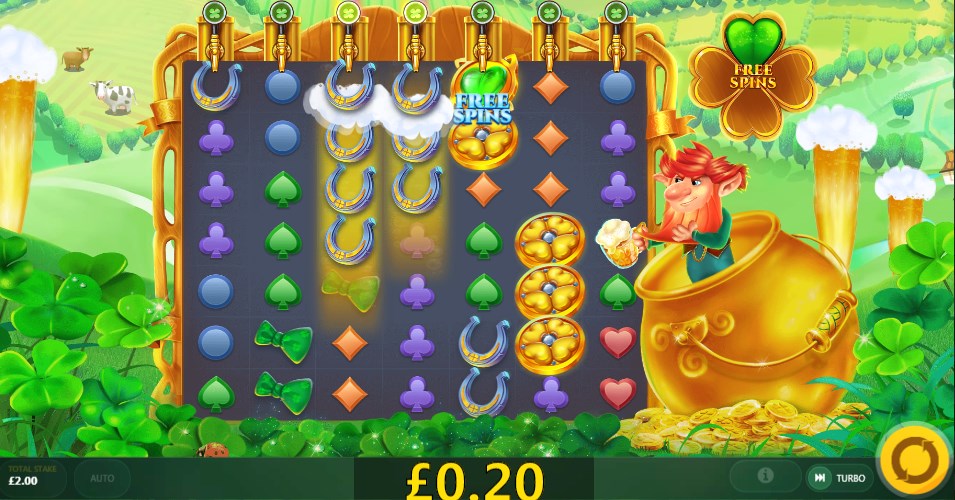 Hat Trick – a leprechaun will throw his hat in the air, and she will suck in all the low-paid symbols. 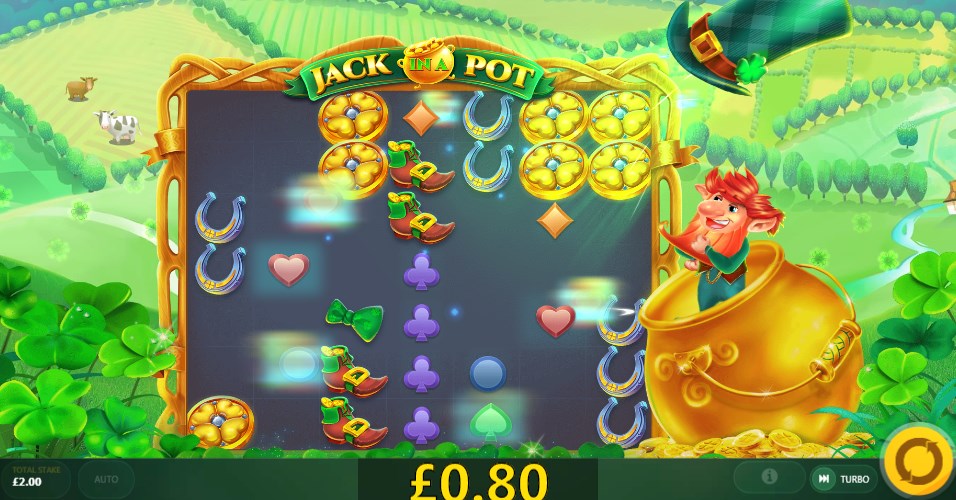 In general, Jack in a Pot from the company Red Tiger, turned out to be interesting and unusual, this model will be an excellent addition to the developer portfolio.