Opening a new slot Flaming Fox, you will find yourself in the training hall, where the main character of the Fox is practicing his skills. It is here on the five rotating drums and 10 paylines that all events will unfold. Combinations in the slot will be formed in both directions, from left to right and right to left, which will allow you to receive more winnings. 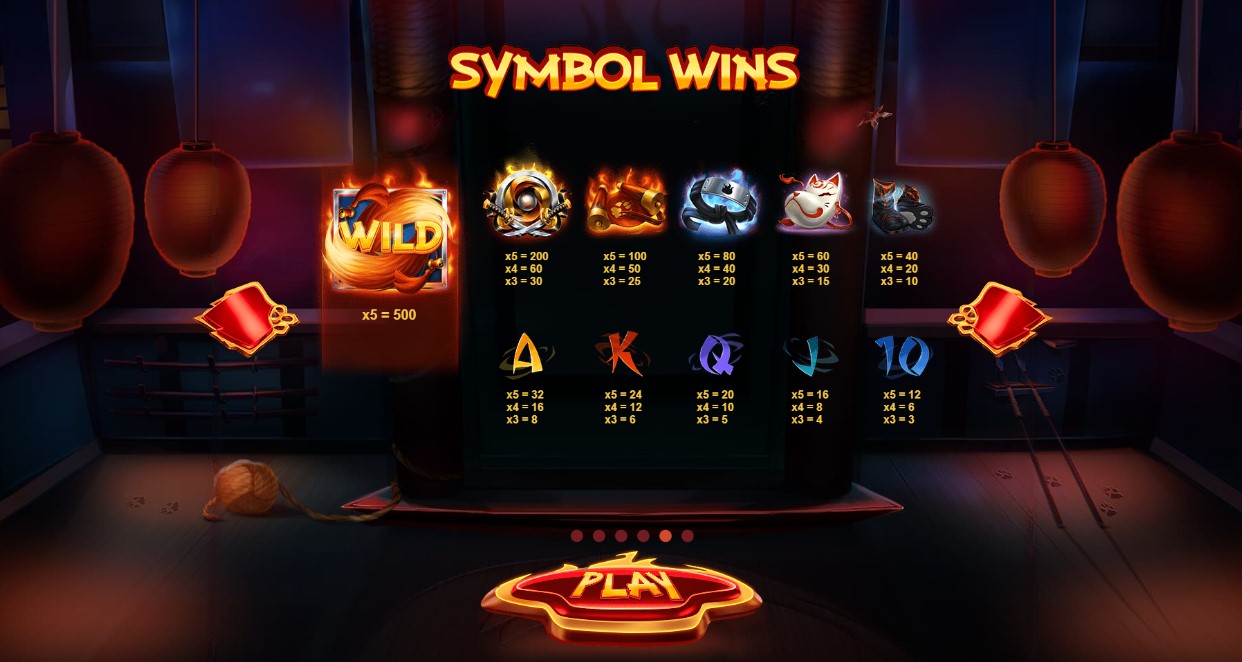 The symbolism in the new slot is sustained in the spirit of martial arts. On the reels you will see card denominations from 10 to A, as well as various equipment and weapons. Wild symbol, used to replace the missing images in the slot, the scatter activates the bonus game free spins.

Flaming Feature – runs randomly during the main game, and is also active during free spins. Fox ninja is behind the playing field, activated and jumps out onto the drums. After that, a few drums or random cells, synchronized – this means that they will drop only expensive characters or wild. This will allow you to get a good win. 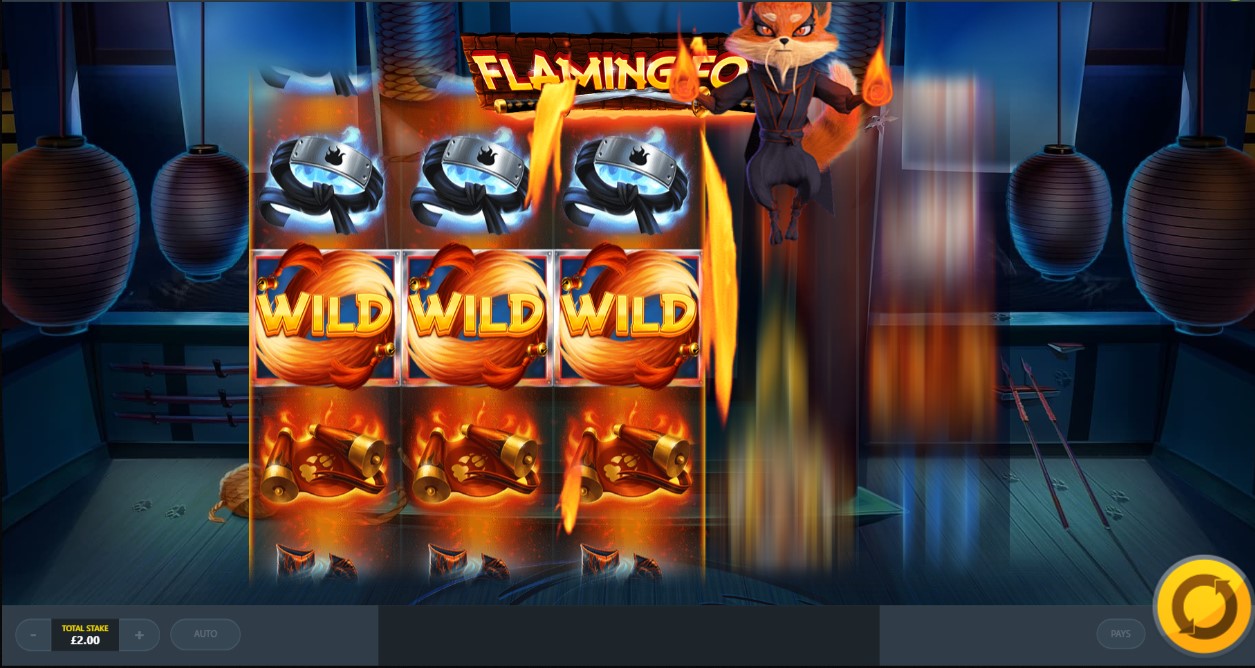 Free spins – run when there are at least three scatter symbols on the reels on which the ninja fox is depicted. During this function, Flaming Feature also works. The Fox will appear selecting random slot cells or whole drums on which the symbols will be synchronized and they will remain locked in place until the free spin ends. 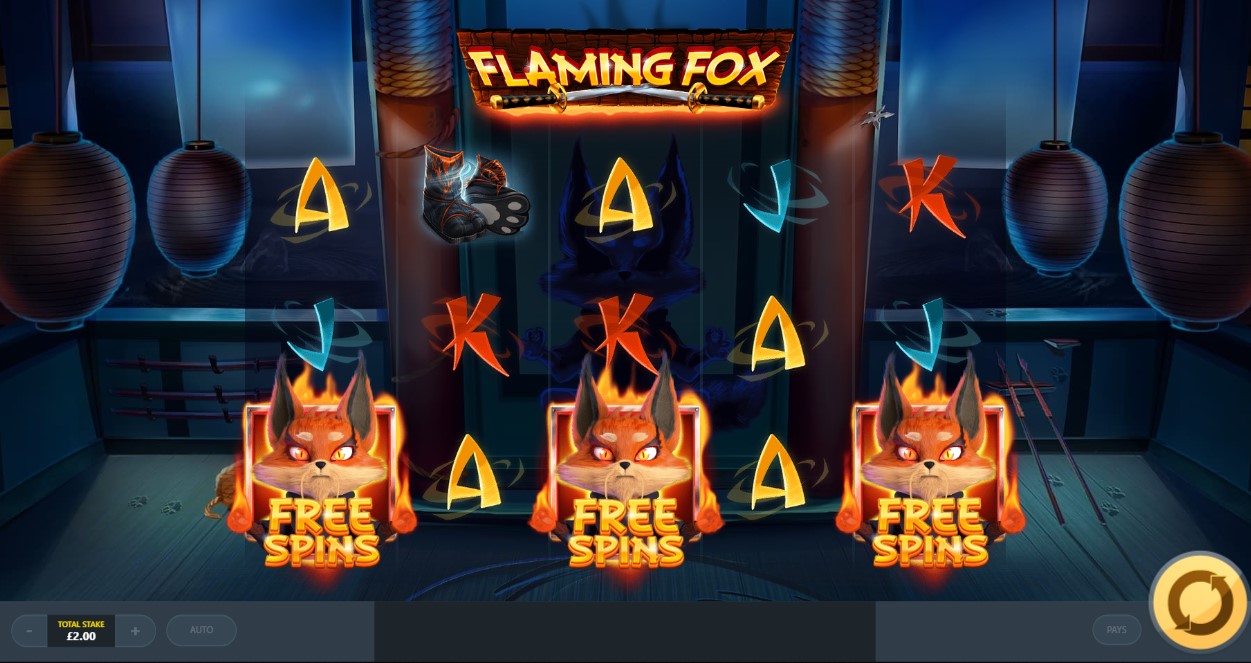