Hanzo’s dojo – is another novelty of the company Yggdrasil gaming, the game is played on any device with a minimum bet of 0.25 euros for one spin. On the technical side, the slot received a standard game structure, five reels and 25 winning lines. Playing, you get to Japan where the famous tournament Hattori Hanzo, which collects the strongest fighters of various martial arts, is held. Also, the game has two options for free spins: Colossal Symbols and Expanding Wild reels. At the top of the game screen, you will see an additional field with three cells, they will drop out various complementary characters that will activate one of the unique functions. 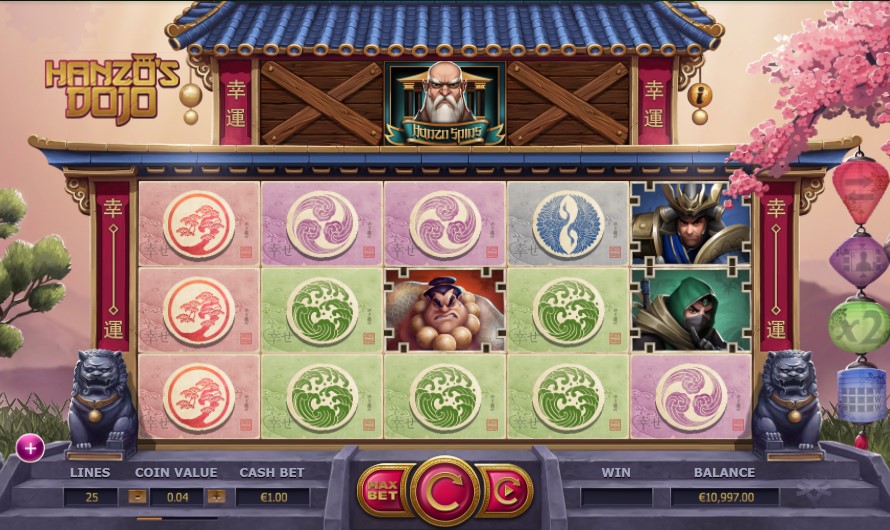 The design of the hanzo’s dojo slot completely corresponds to the chosen theme, you get to the country of the rising sun and visit the famous fight tournament of Hattori Hanso. On the reels, you will see playing cards with bonsai icons, crab-tsuru, winds and a big wave. Also, more expensive characters are representatives of various martial arts: Sumo, Samurai, Ninja and Mercenaries, who are fighting for the title of the winner. Wild symbols are the logo of the slot in the form of a gold fighter.

Function Colossal Symbols – activated when three identical characters match in the mini game screen, which is located on top of the main screen. You will get one additional rotation, where the entire central part of the game screen of 3×3 characters will have a huge symbol value. 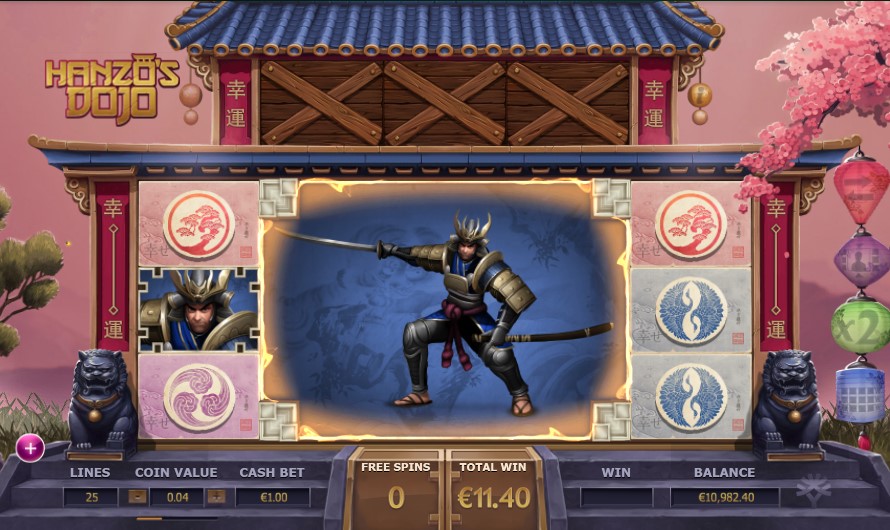 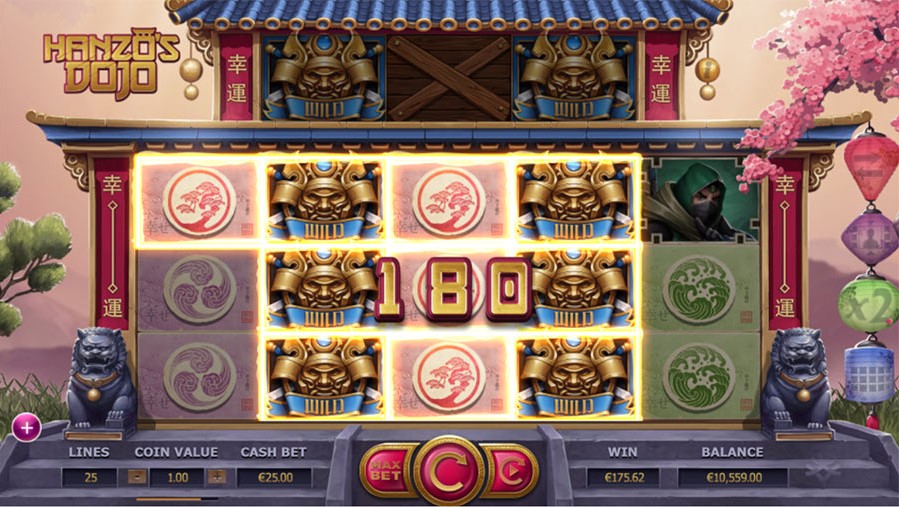 The free spin function is activated when a minimum of three scatter symbols occur, you get 4 free spins with the active colossal symbols or Expanding Wild reels function.

In general, hanzo’s dojo has turned out to be quite an interesting slot with interesting themes and stunning graphics. Thanks to the function of the colossal symbol, the potential of a big win, it’s quite high you can get up to 2100x from your initial bet with every free spin.