Online casinos are constantly targeted by criminals. Some want to hack their system and steal money, others want player data. And the threat doesn’t always come from the outside. Players also want to get hold of the money operators have. Online casinos need to have good security in place to ward off all of those attacks. 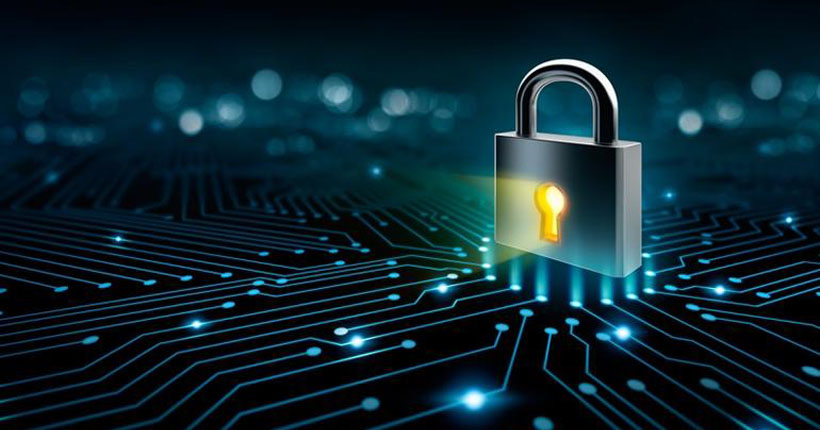 For regular casino players it’s important to know that operator is implementing stringent security measures, because they too can become victims of criminals. They share a lot of sensitive personal and financial information with casinos. Even if you aren’t robbed of money, stolen ID should also concern you as it can be sold or used for other criminal purposes.

You’ll be surprised by the fact that information hackers obtain about you can actually be sold. Even if it’s just your payment system login, driving license, passport or other types of logins. Every bit of information has its value and therefore can be a target for hackers. If you don’t want that to happen, always choose operators that take a really good care of their security.

What Threats Online Casinos Are Exposed To?

There are several major threats: DDoS attacks, game hacks and player fraud. The most dangerous is probably DDoS attack. Successfully implemented it can cause lots of problems and it would take time to fix them. Fraudulent players seem to be much more harmless, but in case there are too many of them, together they also can cost operators significant amount of money.

Americas Cardroom was one of the relatively recent victims of DDoS attack. As a result, they cancelled multiple poker tournaments with overall prize pool of $10 millions. William Hill was once also targeted by hackers. Their websites went down for a few days in 2016 because of that. These are some of the biggest gambling brands and as you can see, they aren’t immune to hacking.

There is no information of cyber criminals finding a way to tweak online casino games. But such possibility is always present. This isn’t directly related to online casino security, but makes operators vulnerable. And if there’s something bad happening to a casino, there’s a chance they won’t be able to withdraw your money. But generally it is game suppliers’ job to make sure their games stay protected at all times.

As usually, bigger and richer companies must be more protected as there’s a lot at stake: clients, money and reputation. They are expected to have much better security in place compared to their smaller competitors as security requires investments.

Can Hacker Attacks Be Successful?

Hacker attempts that disrupt casino’s operations definitely can be successful and there are multiple examples proving that. In 2016 cyber criminals successfully attacked the National Lottery in the UK, and there were only two people involved. They got access to over 25,000 player accounts, but failed to get sensitive financial information and thankfully affected players didn’t have any money stolen.

Both hackers were tracked and prosecuted. But punishment wasn’t too harsh as they got in total less than a year in prison for two of them. Meanwhile, the lottery operator had to spend 200,000 pounds to find them and fix security issues they exploited.

But it’s not always a hard work but pure luck to get access to a casino’s system. Sometimes operators literally leave their keys under a door mat. BetVictor casino, for instance, simply left some of their system passwords unprotected and publicly available. It wasn’t on the main page or anywhere visible. But as one user was skimming through their knowledgebase, there it was the two page document with logins, passwords and links to login pages. The casino was fortunate to have an honest person discovering that horrible mistake that could cost them a lot. He notified the operator and the issue was quickly fixed.

Just like at land based casinos, there can be superb security, but it doesn’t eliminate the threat of being attacked. Real gambling venues have security guards, cameras, password protected zones, heavily protected vaults, but some robbers dare to test their security anyway. The same is true in case of online casinos. There are always those who test even the most advanced security.

SSL Encryption Is a Must

Don’t even consider operators that do not use SSL encryption. This is the first and simplest step towards making it safe for players to use their site. If they don’t bother to encrypt data exchange, there’s no way you can trust them.

All operators, unless they are rogue casinos, have this level of protection. SSL encryption is a must because third parties won’t be able to know what data is exchanged between operators and players. To check if SSL is implemented, just see if there’s a lock symbol displayed in the top left corner of your browser.

In addition to hackers, there are players who give casinos a headache. Individual abusers can’t cause too much harm, but with increasing number of them casinos start feeling the damage they cause. That’s why operators always try to keep the situation under control. They spend quite a lot of money to prevent bonus abuse as bonuses are the typical target.

Abusers deliberately break casino rules to profit from that, and when they are caught red handed some of them play drama and pretend being victims. Making as much noise as possible is their strategy and sometimes operators might just pay to get rid of them. Bonus abuse is a common practice. Players create multiple accounts to claim the same bonus numerous times.

This type of people might even think they do nothing wrong and they aren’t criminals. But they actually are. Their actions are equivalent to trying to steal money. The only difference is that in this case they don’t risk going to jail for that.

Gambling GuideSecurity
To write a review, you must login or register