On April 24 two of the leading casino content suppliers will launch their new games. One of them is Yggdrasil and the other is NetEnt. Both companies can produce amazing slots and their upcoming creations must be thrilling. Yggdrasil will present its Lucha Maniacs players have been waiting for long. While NetEnt will release Archangels: Salvation. 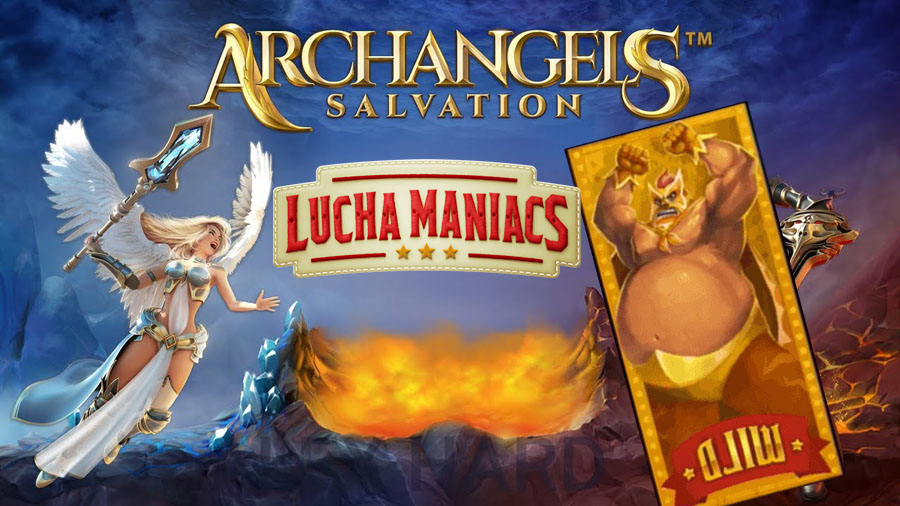 Details about both video slots are already available. Lucha Maniacs is going to be an extremely entertaining game with striking artwork. It’s a fun video slot featuring Mexican wrestlers. Amazing visuals and animation isn’t the only attraction. Lucha Maniacs offers lots of great features during free spins: multipliers, wilds, stacked symbols, sticky wilds and more. But the most interesting of them is Tag Team, when two wrestler symbols merge and award two features like stacked wilds, for instance.

Archangels: Salvation is also an amazing video slot, but has completely different feel. It doesn’t feature Mexican wrestlers having fun in the ring, but is about angels and demons fighting for power. Like Lucha Maniacs, NetEnt’s upcoming slot has sleek design and is packed with great features. It also has quite unusual for this developer 6×12 reel set.

It would be quite easy to decide which one of the slots you’ll play first as these are two very different games. Lucha Maniacs is fun, while Archangels: Salvation has quite dramatic feel. No matter what you choose, these are two great slots and April 24 is going to be a big day. However, some sources say that NetEnt’s slot will be released on May 1.

NetEntUpcoming GamesYggdrasil Gaming
To write a review, you must login or register