Together with the new Wild Swarm slot machine from the developers of Push Gaming, you can see how the bees live in the hive, without fearing for their health.

In the Wild Swarm slot everything looks like a fairy tale. The game takes place in a magical forest, where the beehive is located. Unobtrusive and calm music used in the game, very well complements everything that is happening.

Wild Swarm, equipped with five drums and 20 lines, on which your winnings will be formed. Among the symbols that are used in the game, you will find the names of playing cards from J to A, made of wood and entwined with leaves, pink and white flowers, a pot of honey, a bee to the queen, and a sign of $ covered with honey. 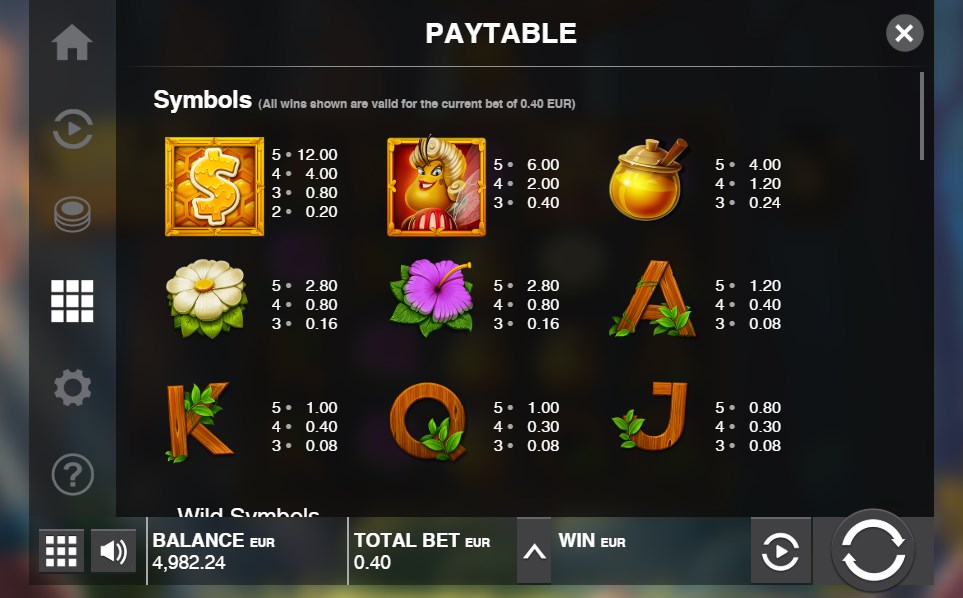 In the Wild Swarm, there are several special symbols:

Pick Feature – will start, when you see one such symbol on the reels, you will see five bee honeycombs, each with different prizes hiding behind it. Also this function can fall out in free spins. 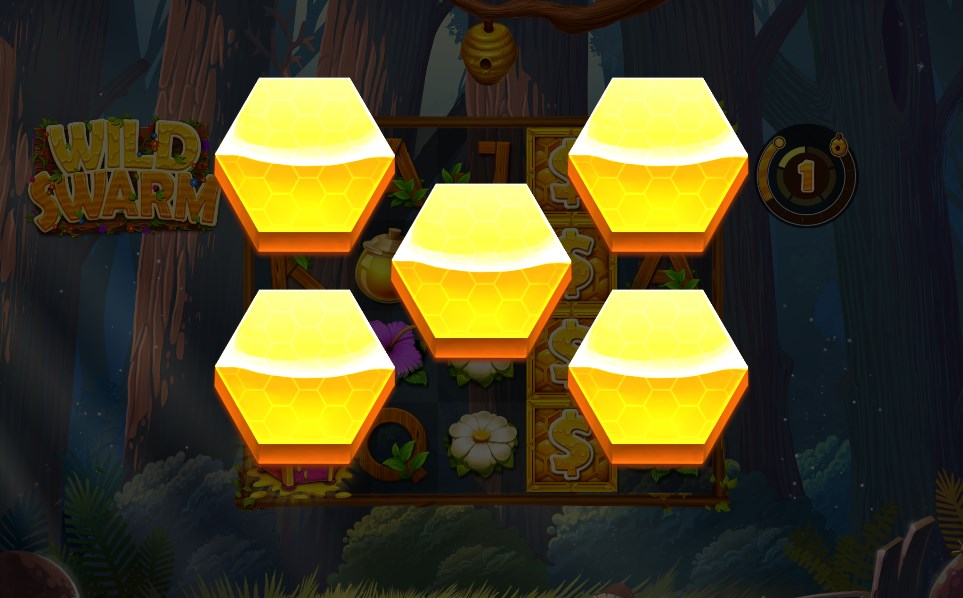 Free Games Feature – starts after a minimum of three scatter symbols appear on the reels. During free spins all wild symbols will become sticky, and will remain in place until the end of the draw. 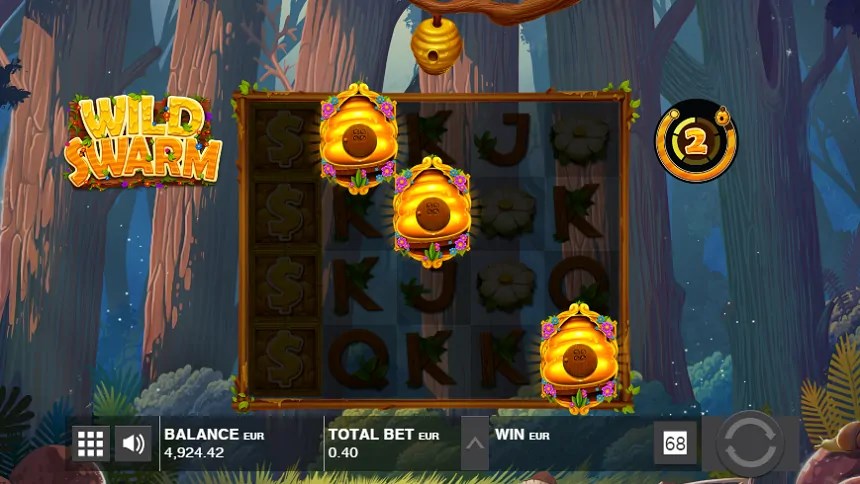 Swarm Mode Feature – pay attention to the counter located to the right of the reels, each time small bees appear on the screen, they fly to the hive, leaving behind a wild symbol, while the counter increases by one division when it is filled to the fifth level, this is activated function. You will have 10 free spins, before the start, which will be added to the screen fixed wilds.