Company Push Gaming – released a new slot with the theme of rock music called Turn It UP!

Design slot has amazing graphics and changing soundtracks. The game screen is located on the background of a huge dance floor with numerous fans. On the sides of the screen are two powerful sound speakers from which beautiful rock music comes. 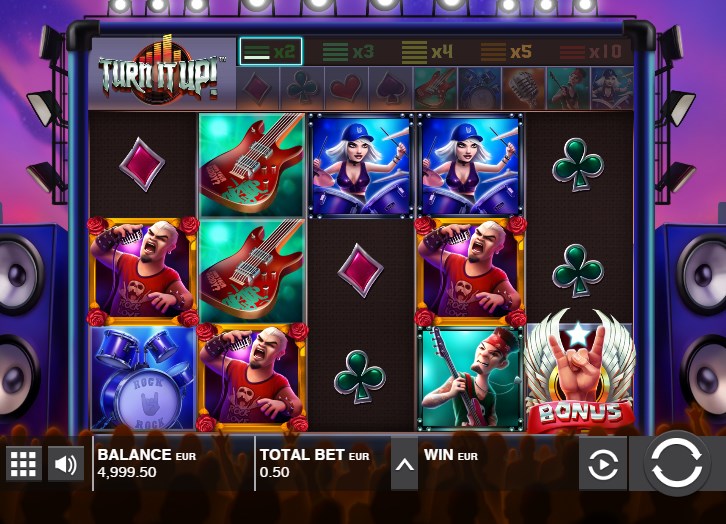 Slot Turn It UP! has 5 drums and 10 active lines. On the reels you will see symbols of low value – these are standard card suits and symbols of the upper value – these are three rock musicians, as well as a guitar, a microphone and a drum. Wild symbol looks like a golden skull, it replaces any symbol of the slot except scatter.

Bonus function Turn It UP!

Free spin, starts when there are three character scatters on the 1st, 3rd and 5th game drum. During activation, you get 5 free spins, where all the activated functions remain active until the end of the bonus, in this case you will get a chance to collect the best combination and get a huge win. 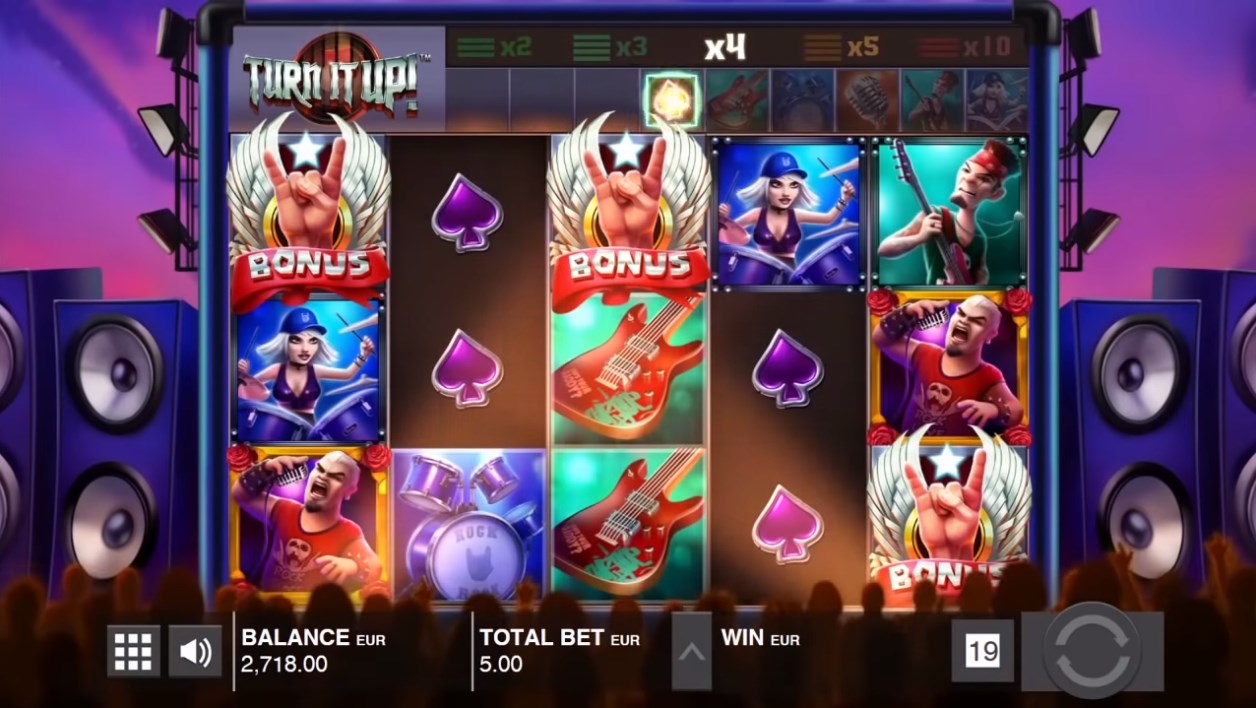 The advantage of the Turn It up slot is that any losing combination can bring an additional function. During the game, pay attention to the top of the game screen, it has two bands, the top displays the current multiplier to 10x. Lower, the entire set of available symbols. With each rotation, the following functions can be activated in a random order:

Also, the Win Spin Bonus function can be started at random, where several functions described above can be activated in a random order.