A new Viking Clash slot machine with a vikings theme presented Push Gaming to its fans. 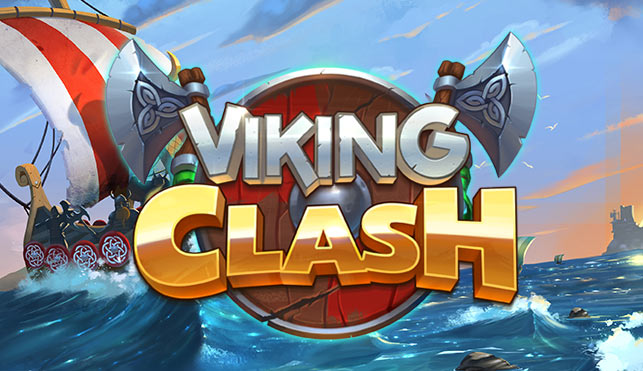 Opening a new slot machine Viking Clash, immediately draw attention to the unusual structure of the slot. In the new game, two game reels are provided, which are located one above the other, rotate simultaneously and have 25 active lines. Symbols in the slot are located on the grid 5×3. On the reels of the slot, you will see runes carved on stones, an ax, a hammer and six images of brave Vikings. Also in Viking Clash you will find several special characters: wild shield, appears only during free spins, serves to replace simple images, wild ship – also replaces simple images, but appears only during the function of wild ship. Scatter symbols – a red catapult and a green cannon, activate the bonus function Viking Battle.

The Wild Ship function is activated randomly in the base game. On one of the reels appear three symbols of the wild ship, they will replace images in the slot, forming winning combinations and after each spin move one cell to the left, the round continues until the ships leave the playing field. 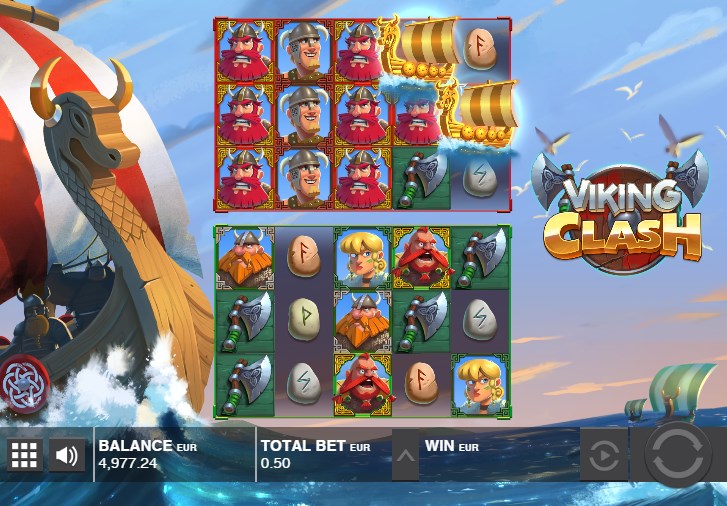 Function Viking Battle – activated if the reels appear at least three character scatters. Before the start of free spins, from the dropped catapults and guns, shots are produced, by random cells. In their place appear wild shield, which are fixed in their places until the end of the rotation. If during this round, the symbols appear on the reels, each of them will add one additional rotation and one additional fixed wild. 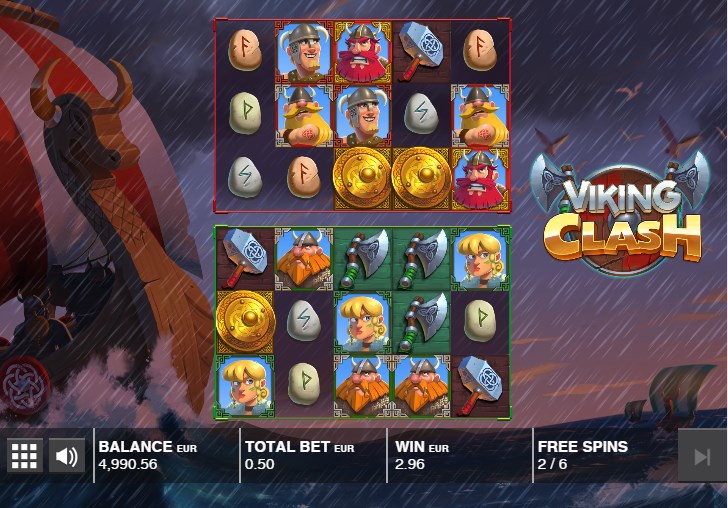 Viking Clash – will undoubtedly attract the attention of players, an unusual structure, and an interesting bonus round with fixed wilds, will be able to bring a huge win.