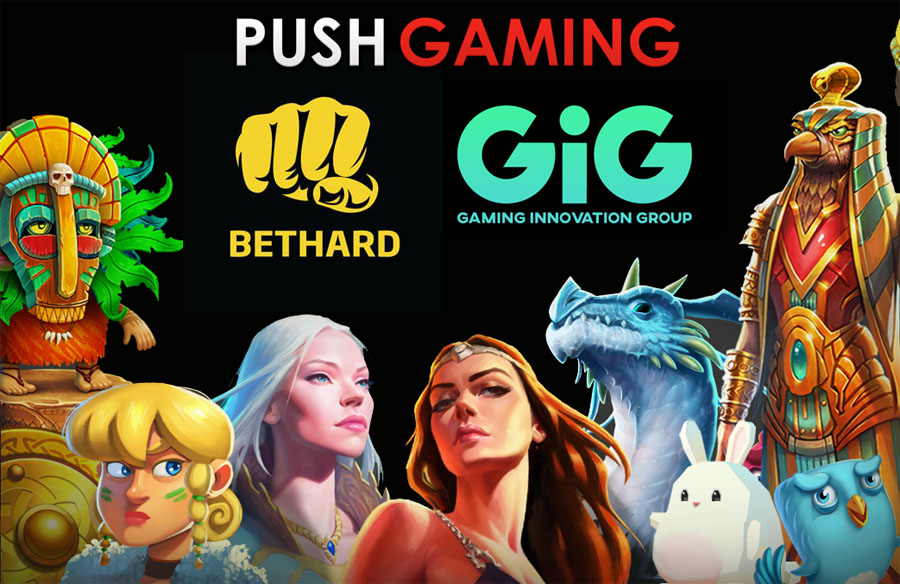 GiG has launched many recognized gaming brands such as Rizk, Guts, BetSpin and some others. The company and offers high quality products internationally. As a result of this deal, Push Gaming will have their games available to many more players.

Signing deal with Bethard is another great opportunity to get wider recognition. This gaming operator targets multiple markets and apparently has a pretty solid customer base. The operator has just recently introduced Zlatan Ibrahimovic as their brand ambassador. Moreover, the famous football player became a co-owner of this gambling operator.

It’s obvious that Push Gaming has changed their strategy and is now looking for opportunities to grow. The developer produces great video slots. But last year the company released just a couple of slot titles and signed just one content deal.

This year Push Gaming has already released two games, Tiki Tumble and Fat Rabbit. It’s obvious, that the company is serious about increasing their production rate and reaching new audiences. It’s actually great news since more players will get to know amazing Push Gaming titles. There aren’t many of them, but each creation is a masterpiece.

PartnershipPush Gaming
To write a review, you must login or register