The Golden Owl Of Athena

Go on a trip to Ancient Greece, along with a new slot from Betsoft, called The Golden Owl Of Athena, where you can get acquainted with the goddess Athena and her favorite owl.

Developers Betsoft worked perfectly on the appearance of the slot. Graphics, fully conveys the theme of Greek mythology, and the prevailing golden colors create an atmosphere of royal power. 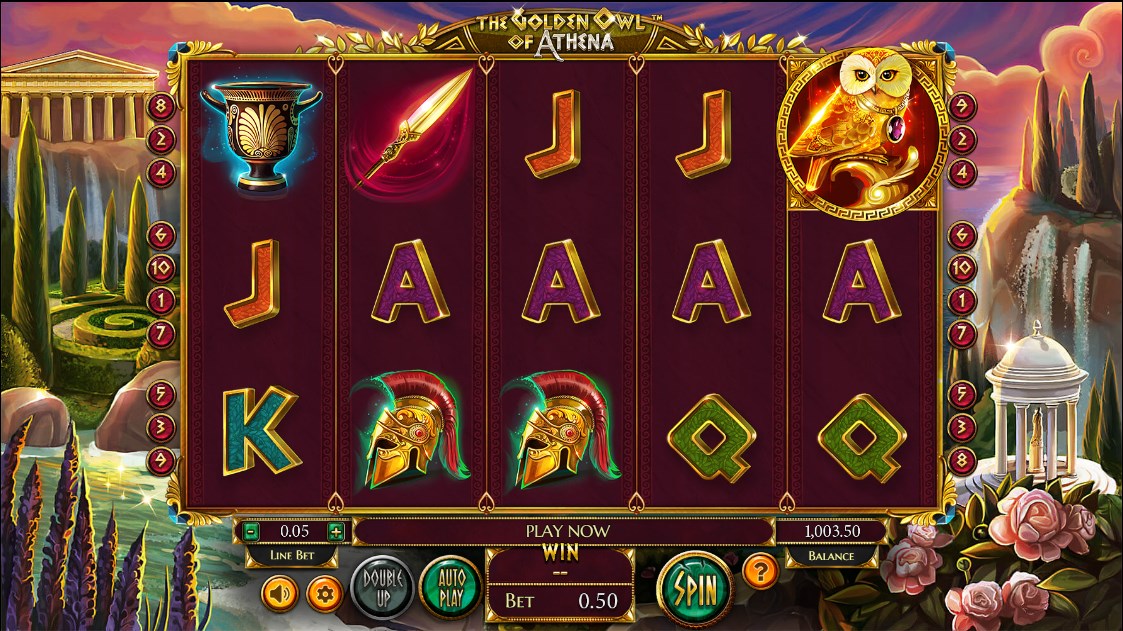 The Golden Owl Of Athena is equipped with five reels and has 10 lines on which combinations are formed. The minimum bid for a spin is 0.10 euros, the maximum is 10 euros. Symbols in the game fully correspond to the chosen theme. You will see the multicolored names of playing cards from J to A, amphora, sword, helmet, tree, Parthenon, and also the goddess Athena. Her faithful companion, a golden owl – is simultaneously a wild and scatter symbol, replaces simple images in the game, and also launches a free spins bonus game.

Free spins – start when at least three symbols with a golden owl image appear on the reels. The number of free spins will be determined by how many characters of the golden owl you drop out. Three such symbols start 8 free spins, four symbols – activate 12 free spins, and 5 images of an owl – will bring you 20 free spins. Before the start of free spins, a special symbol will be selected, which, when appear on the drum, will expand to completely fill it. 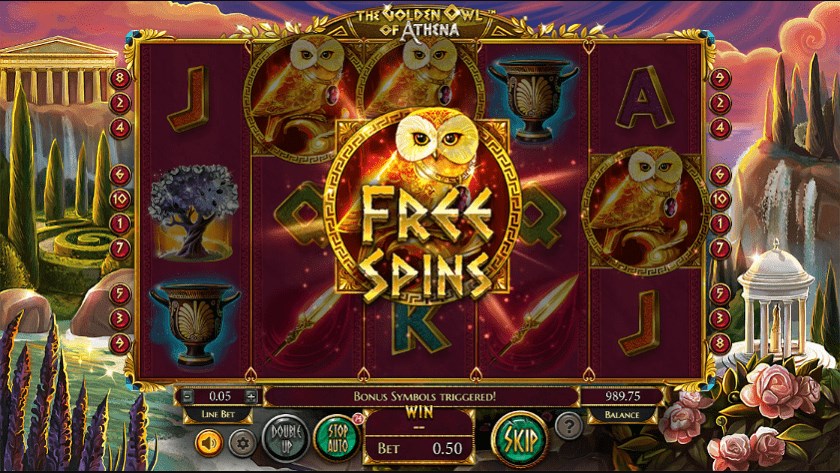 Before the start of free spins, a special symbol will be selected, which, when appear on the drum, will expand to completely fill it. 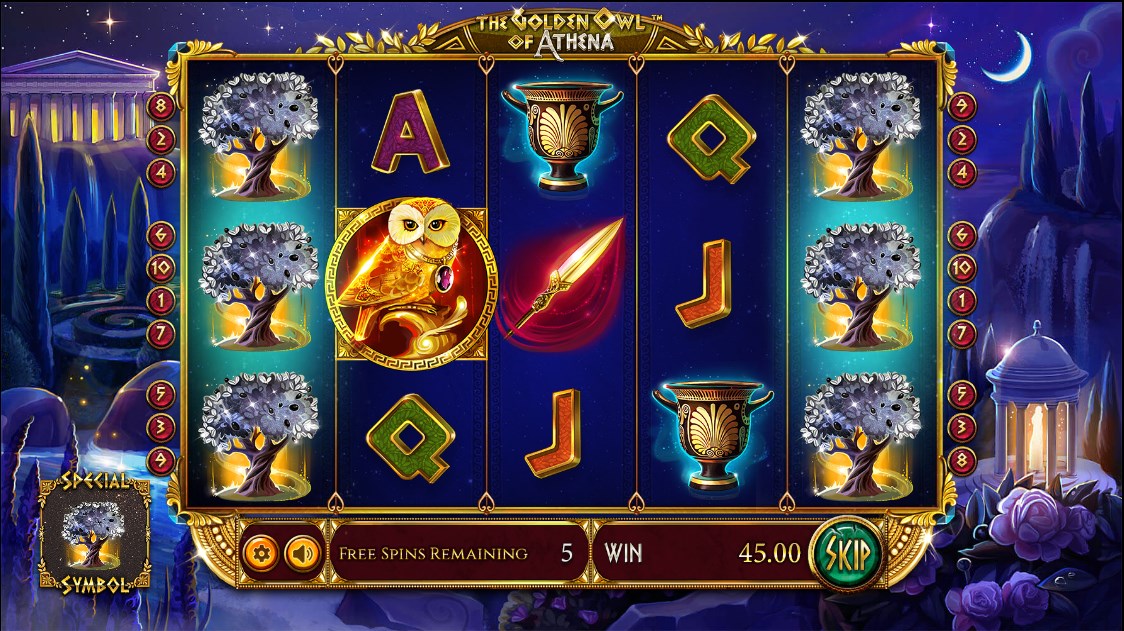 Gamble – will be available after any winning combination. You will need to guess the side of the coin, if you cope, your winnings will double. 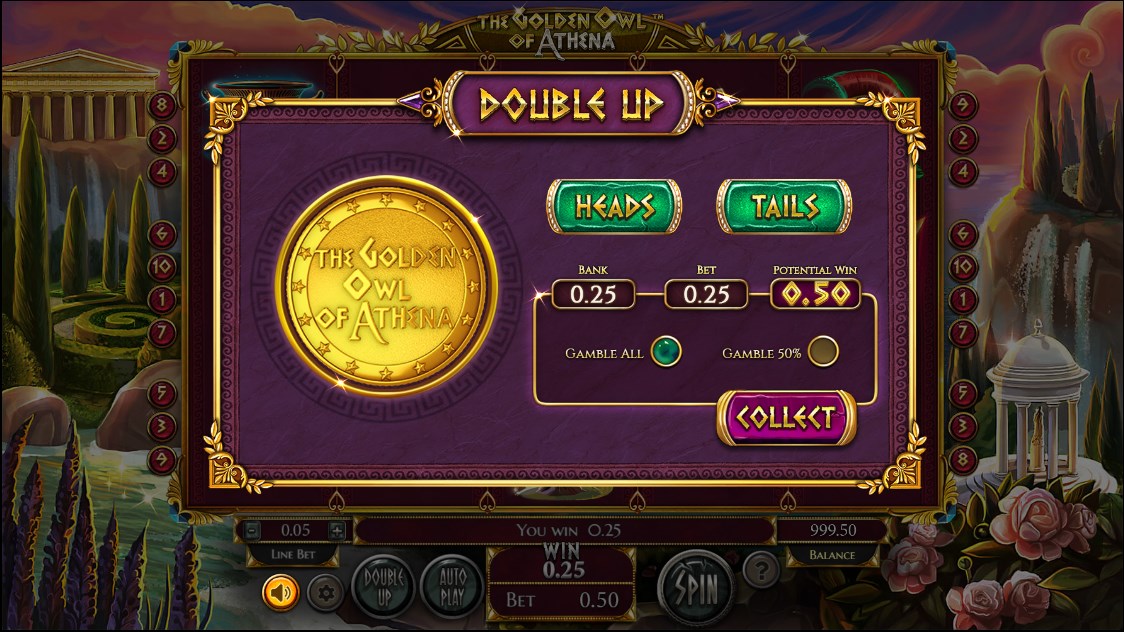 The launch of the new slot The Golden Owl Of Athena is scheduled for June 29, 2018.