Developers Betsoft added to the portfolio of their games, a new slot Dragon Kings with Chinese themes.

In China, the dragon is a very important being. He is afraid, he is worshiped, he is valued, and dragons also symbolize wealth. That’s why in a gambling world, there are so many slots dedicated to these fire-breathers. 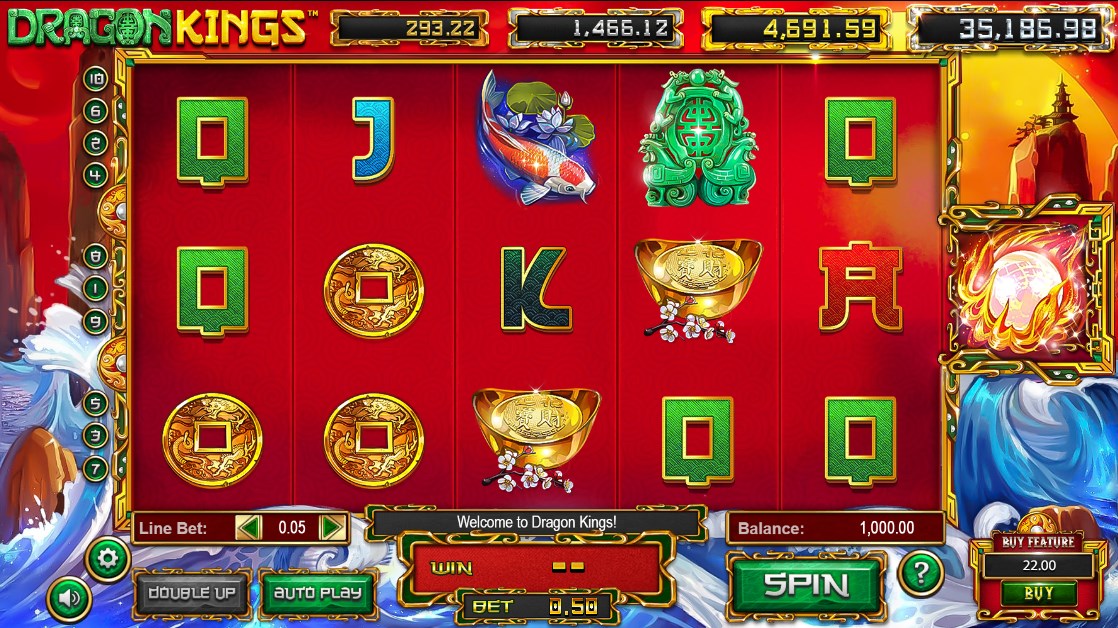 The Dragon Kings slot is equipped with five reels and 10 paylines. But notice that in the new slot there is a 6 reel with one cell, on which the magical dragon pearl can fall, helping you approach one of the four jackpots. All the symbols in the slot are in the Chinese theme. Scatter symbol (dragon pearl) – launches free spins.

The first thing that I would like to draw attention to is the dragons. Total of them in slot 5, four ordinary and one special, each of them has a special function. 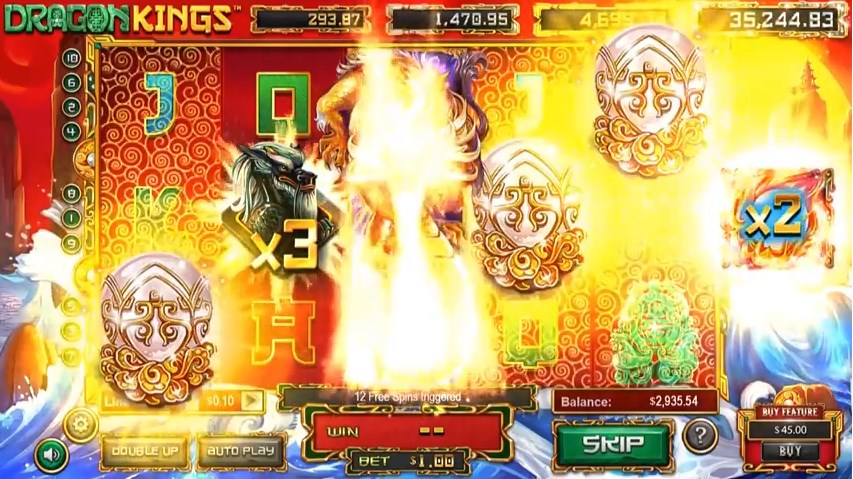 In the new slot four jackpots are played, each of which is activated by a combination of certain symbols: