Betsoft company invites users to go to the kingdom of Ogre, along with a new slot called Ogre Empire, with two game modes. 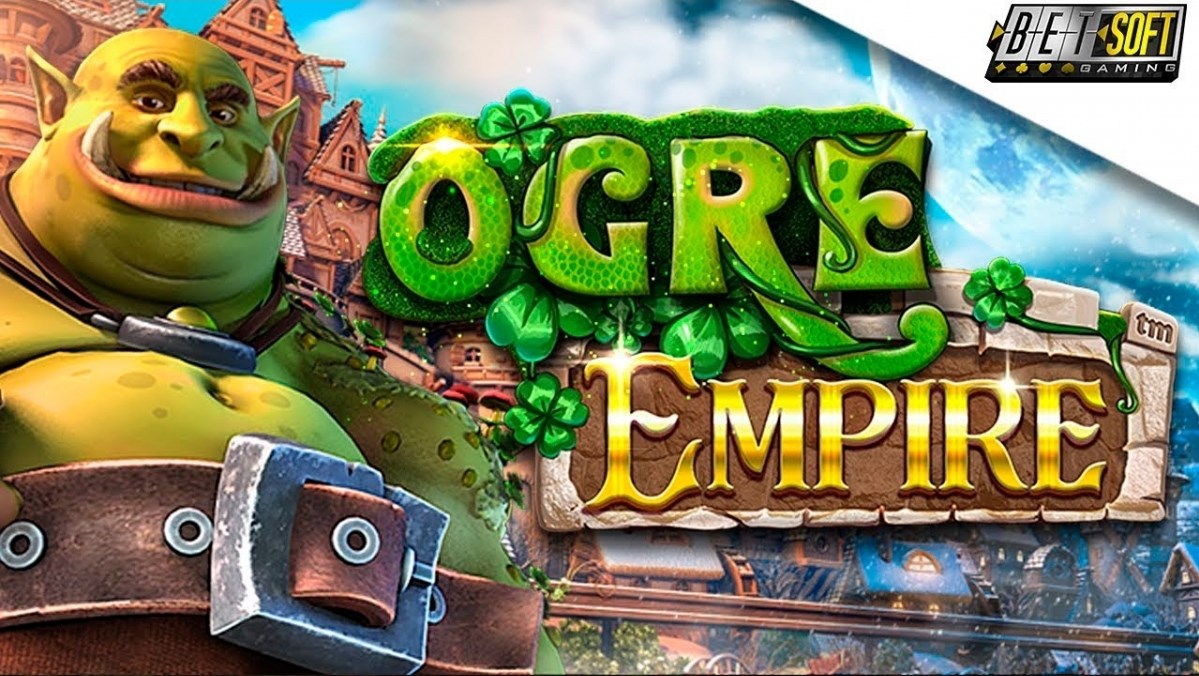 The plot of the game tells of a beautiful kingdom in which everything was fine, until it decided to settle in a terrible green monster, frightening people. Local residents have to hide in their homes, and they can go out into the street only at night, when the terrible Org goes to bed. 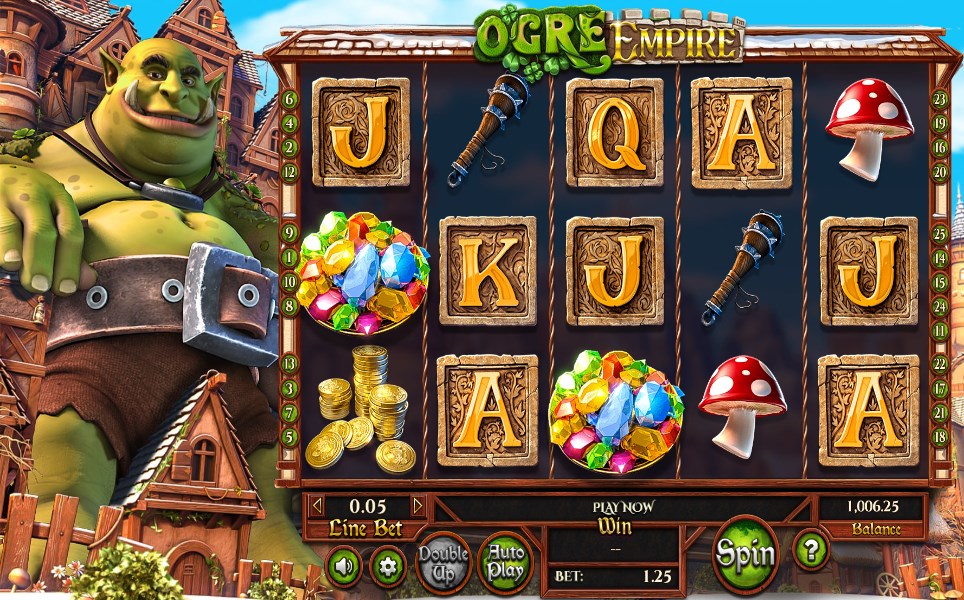 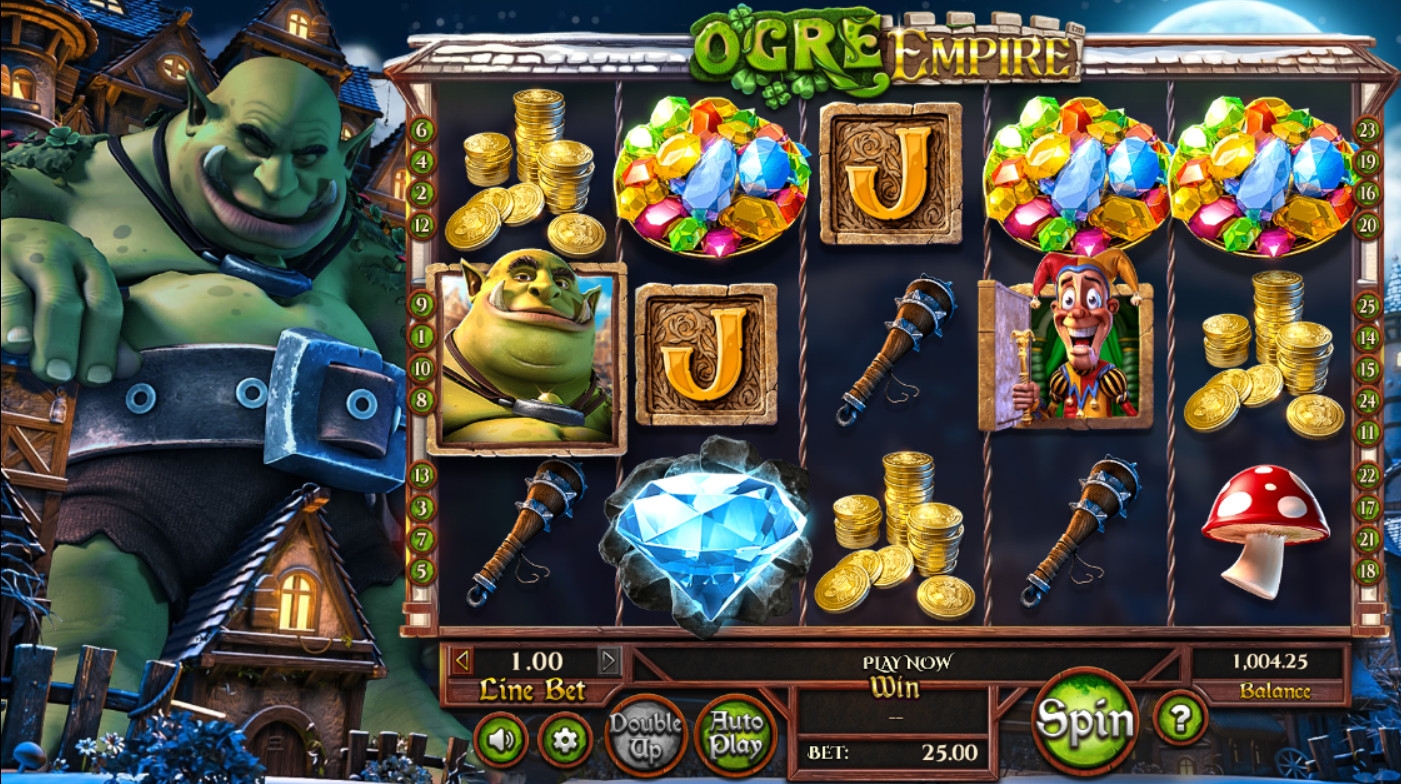 The Ogre Empire slot machine has five reels and 25 lines, on which combinations are formed. Since there are two game modes in the slot, the character set, bonus functions, for each mode are different. In day mode you will see: names of playing cards from J to A, mushroom amanita, truncheon, gold coins, gems, diamonds, the main hero of the Org slot and wild symbol (plant). In the night mode, instead of A, K and Q come the king and queen peeping out of their windows, as well as the jester that is wild. It adds the multiplier x2, to the combination in which it participates. In addition, the winnings in the day mode are x4 of the total bet, and the wins received in the night mode are up to x6 of the total bet.

The image with the sun that rises or vice versa sits down, serves to change the modes. To make this happen, this image should fall on the middle drum, completely filling it. 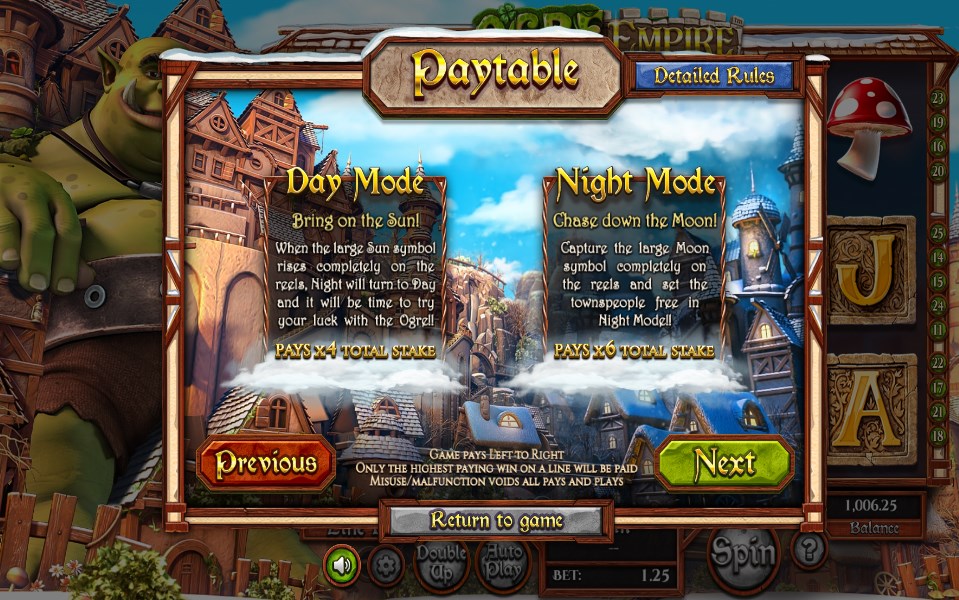 In the slot, there are two kinds of additional wild symbols that are different for different modes. In the afternoon, sun bloom appears on the game screen, it can turn 3 neighboring images into a wild symbol. In the night mode, the flowers turn into a night bloom and can move to any cells. 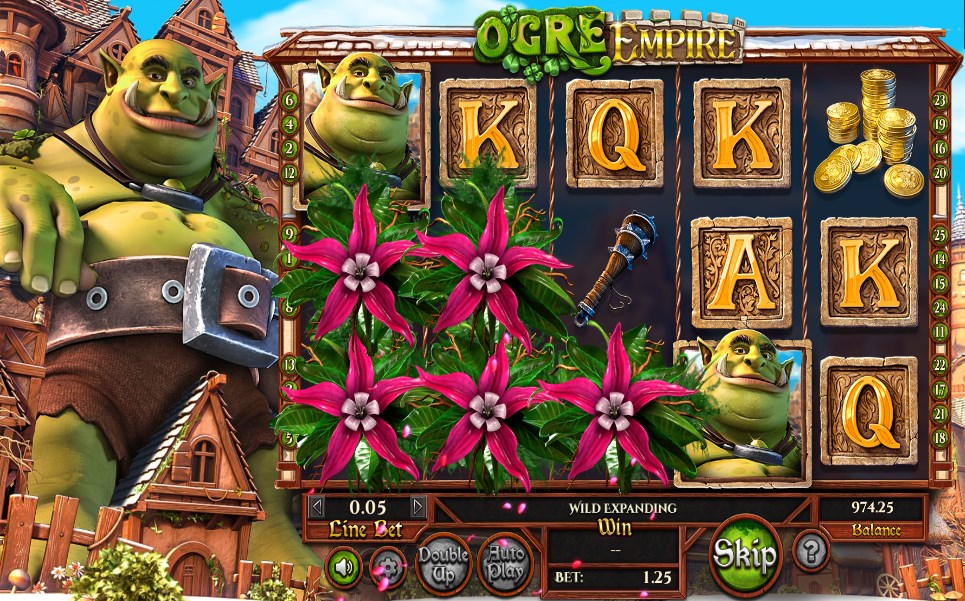 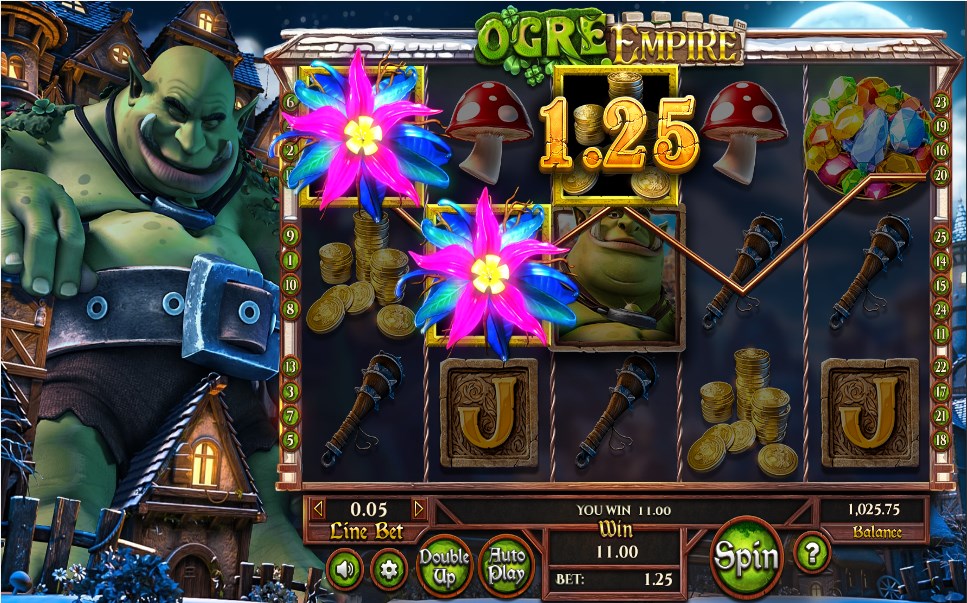 Daytime Ogre Smash – activated only in day mode, during any spin, org can get his club and hit the game screen, after which all the images turn into more expensive characters. 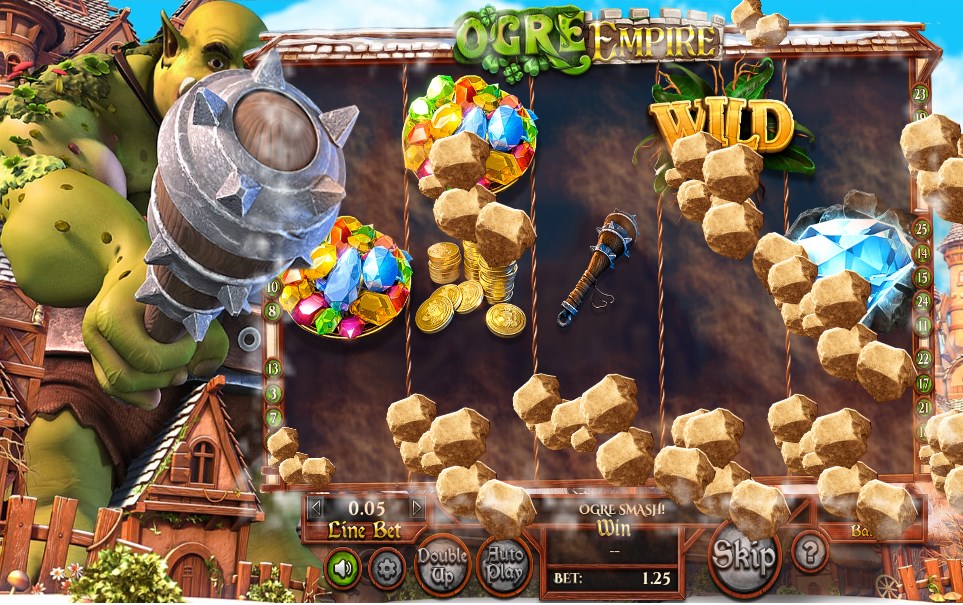 Ogre Empire is a vivid example of how unusual the slot machine can be. Qualitative graphics, regime change, realistic protagonist, who will accompany you throughout the game and help you earn huge winnings.