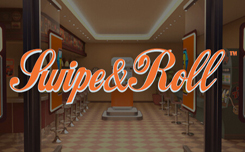 Developers NetEnt, released a slot Swipe and Roll with a retro theme and interesting features.

Once you start this slot, you will open the doors to the casino from the distant 60’s. The design of the game is quite minimalistic, on the one hand you will see a bar counter, and on the other side there are classical slot machines. 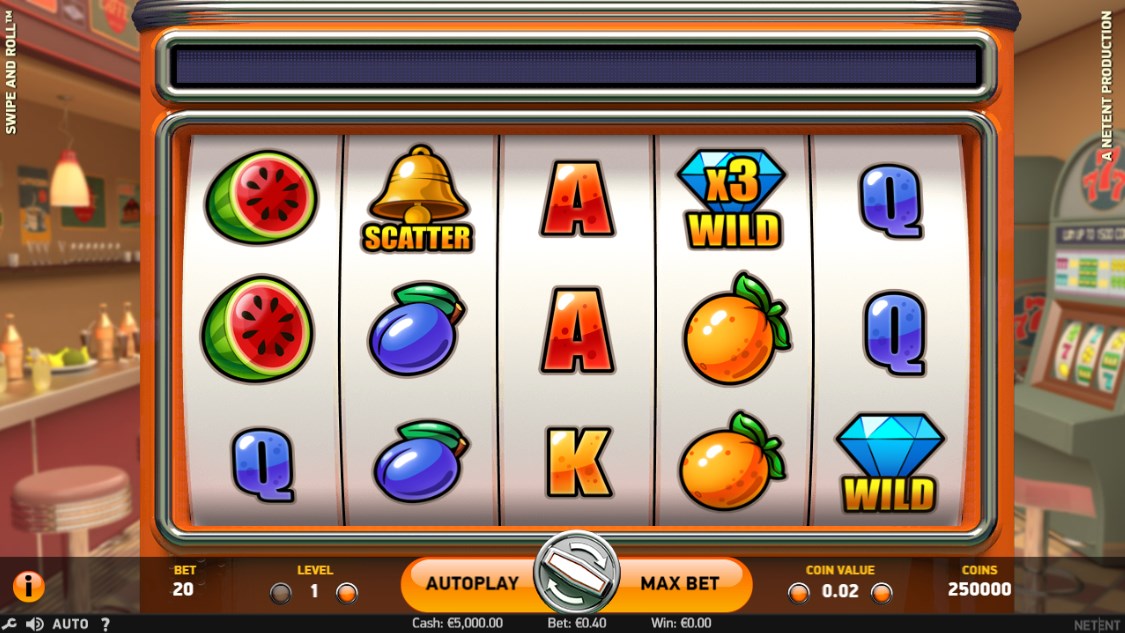 The Swipe and Roll slot machine is equipped with five reels and 20 lines, on which combinations will be formed. The minimum bet on the spin is $ 0.20, and the maximum you can play is putting $ 100 for one spin. The symbolism in the slot is sustained in the classical style, so among the symbols you will see the standard names of playing cards Q, K, A, as well as the fruits familiar for such games, in the form of plum, orange and watermelon. In the slot there are two types of wild – standard and wild x3, both are depicted in the form of a diamond, and serve to replace simple images in the slot, but wild x3 with participation in the combination multiplies the win three times. Scatter symbol, represented by a bell with the corresponding inscription

Coin Wheel feature – can be activated in any ordinary back, you will see a drum with various scoring amounts, as well as a scatter that will launch the bonus game, you will have three rotations to determine which prize you will receive. 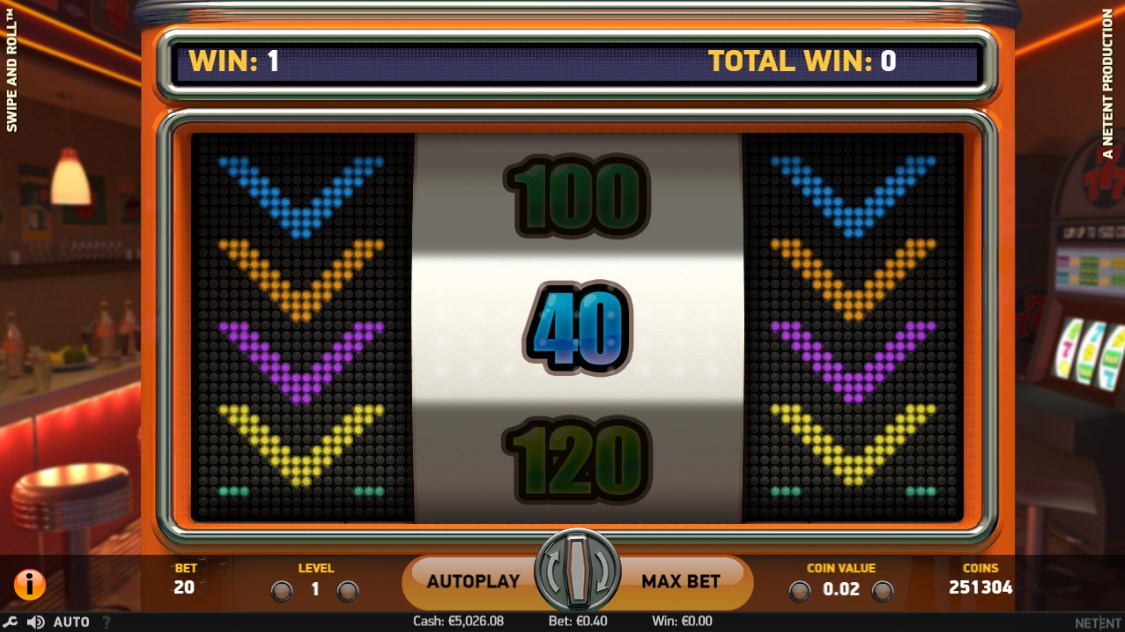 Bonus Game feature – activated, through Coin Whell mode or when three scatter symbols appear on the game reels. You will move to the secondary screen, in front of you will appear three reels on which are depicted, various payments. Each drum must be rotated in turn. The win is awarded after all the reels have been scrolled. 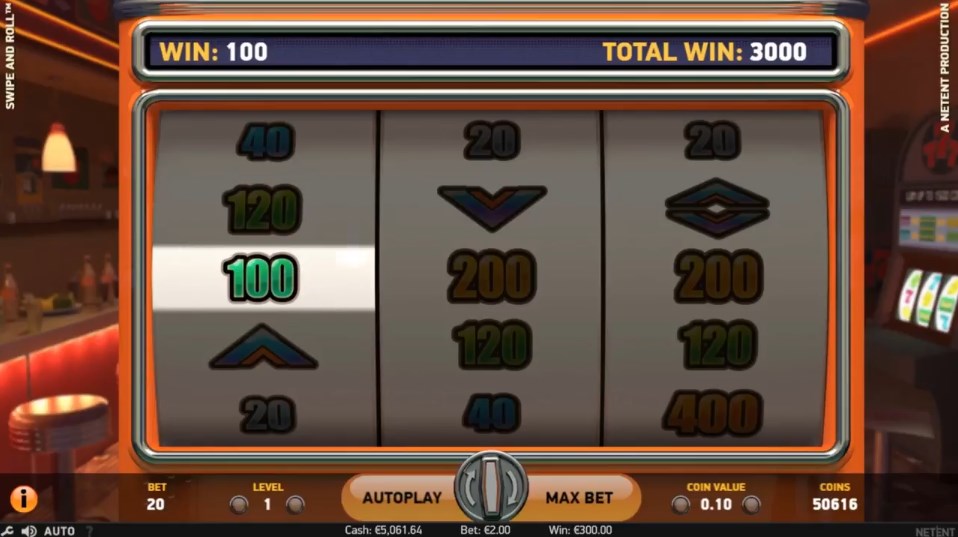 Wild Respins – is activated if three wild symbols appear on the reels, they will be stuck in their place, and you will have one re-spin.