Knockout Football – a new game with a popular theme of football from the company Habanero.

During the period of the World Cup, many developers are trying to release a thematic slot, it is for this next novelty of the company Habanero will become a slot knockout football, which will be released on July 15, The new game has five reels and 20 winning lines that work when there are at least three identical symbols anywhere in the game screen. The main bonus features are Super Striker and Knockout Free Games, where you can get an unlimited number of free spins, and activate up to six additional wild symbols. 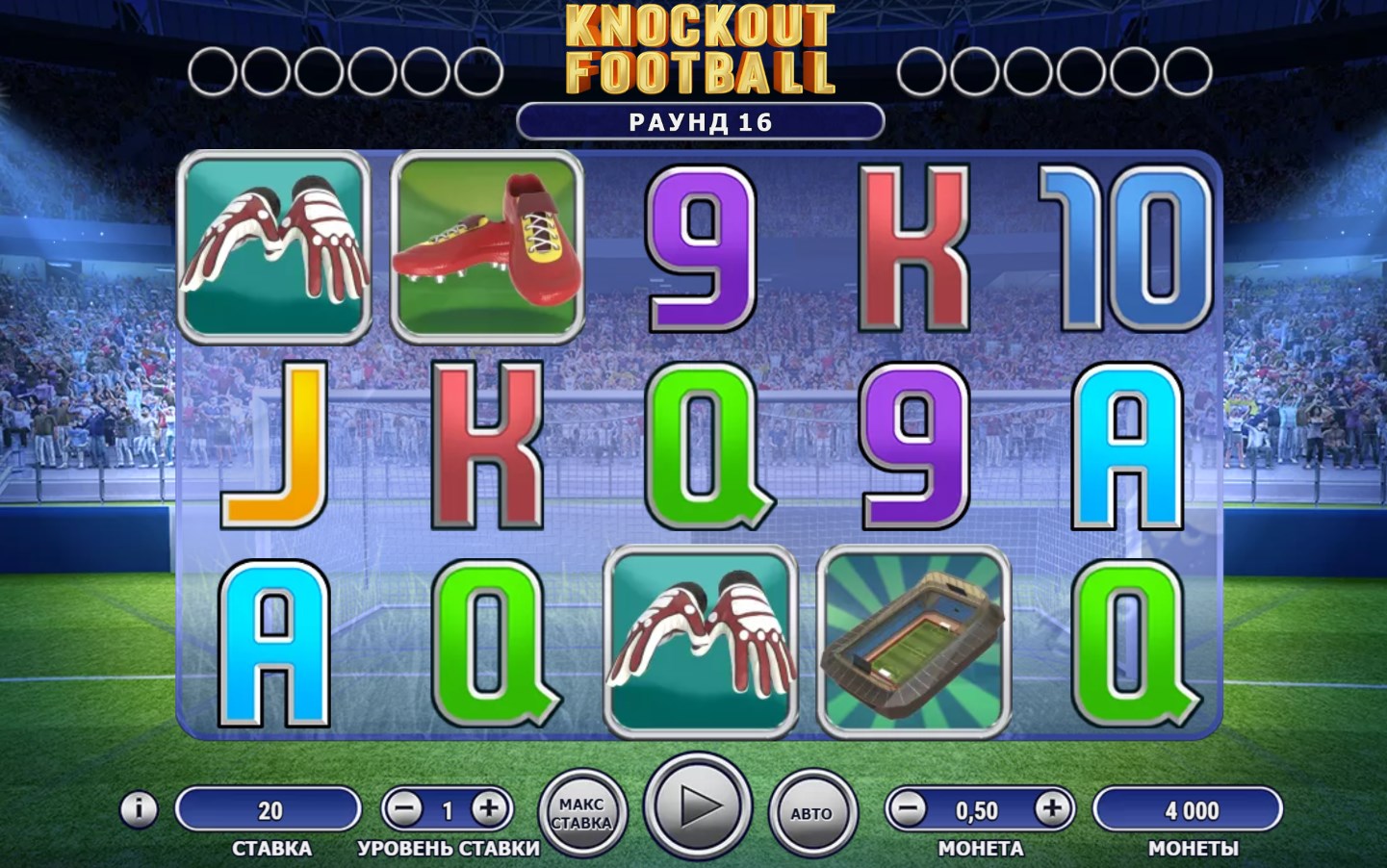 The design of the Knockout football slot machine fully corresponds to the chosen theme. The game screen is located in the background of a football stadium completely filled with loyal fans and spectators. On the reels you will see the symbols inherent in the football theme. The symbols of the upper meaning are: Football stadium, whistle, boots and goalkeeper gloves. The symbols of low value are A, K, Q, J, 10 and 9. The game has two additional wild symbols, which can replace any symbol of the new slot. The first symbol is a soccer ball, the second symbol is a golden football cup.

During the game, pay attention to the falling wild symbols, they will help activate the bonus function.

The super striker function is activated when three footballs accumulate in special cells, which are located in the upper right part of the game screen. The game can be activated by filling a minimum of three cells, however you can collect up to six additional balls, which are wild symbols. The game starts in a random order, a football player appears on the screen, which will break the soccer balls all over the playing field, improving the winning combination. 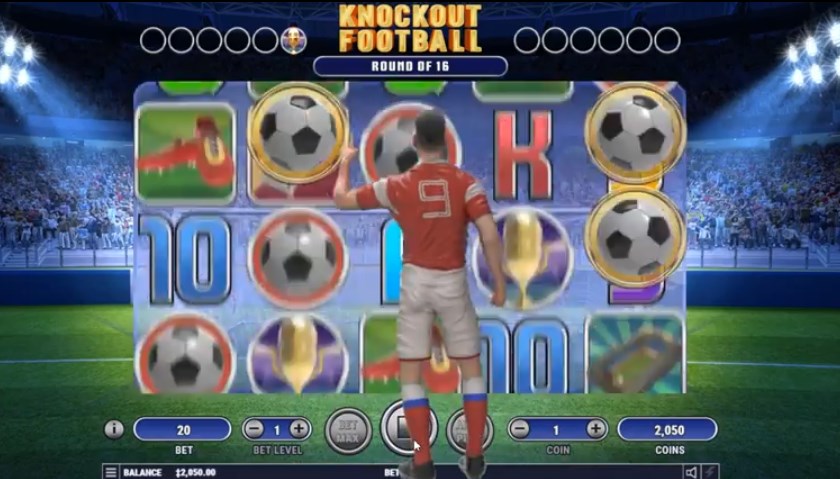 The Knock Out Free Games function is activated when six cells are filled with gold cups. When you start on the screen will appear the football goal of the red and blue team, as well as the golden ball in the central part of the game screen. With each free rotation, the ball will move along the playing field complementing the matching combinations. The game will continue until the end of the playing time 90 minutes. If, at the time of the end of the time, the teams will have the same score, you activate the additional golden ball mode, where the game will continue until either team gets a break in the score by one point. 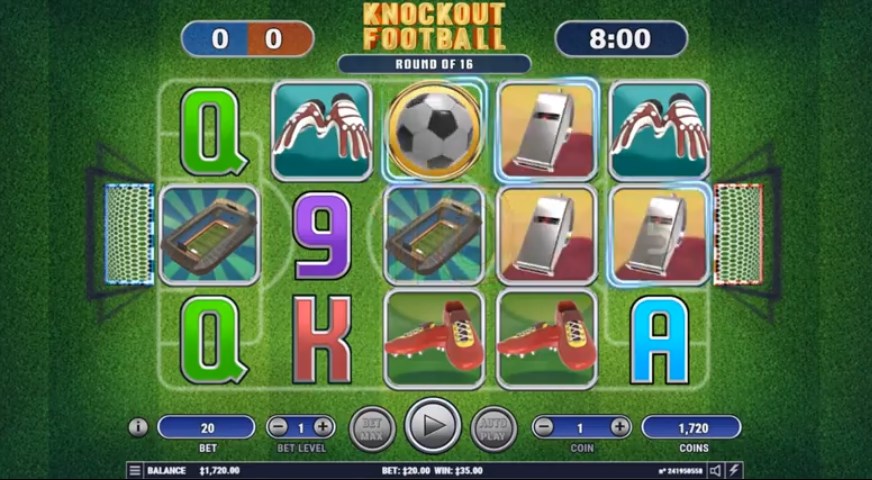 In general, the slot knockout football turned out to be quite an interesting game that has a set of quite interesting features.