Developers Habanero made a remake of one of the popular slot machine, which was named Egyptian Dreams Deluxe.

Subjects of Ancient Egypt, often used to create online slots, such games attract many players and Egyptian Dreams was no exception, which is why the developers decided to update this slot, in which you are waiting for improved graphics and new bonus features. 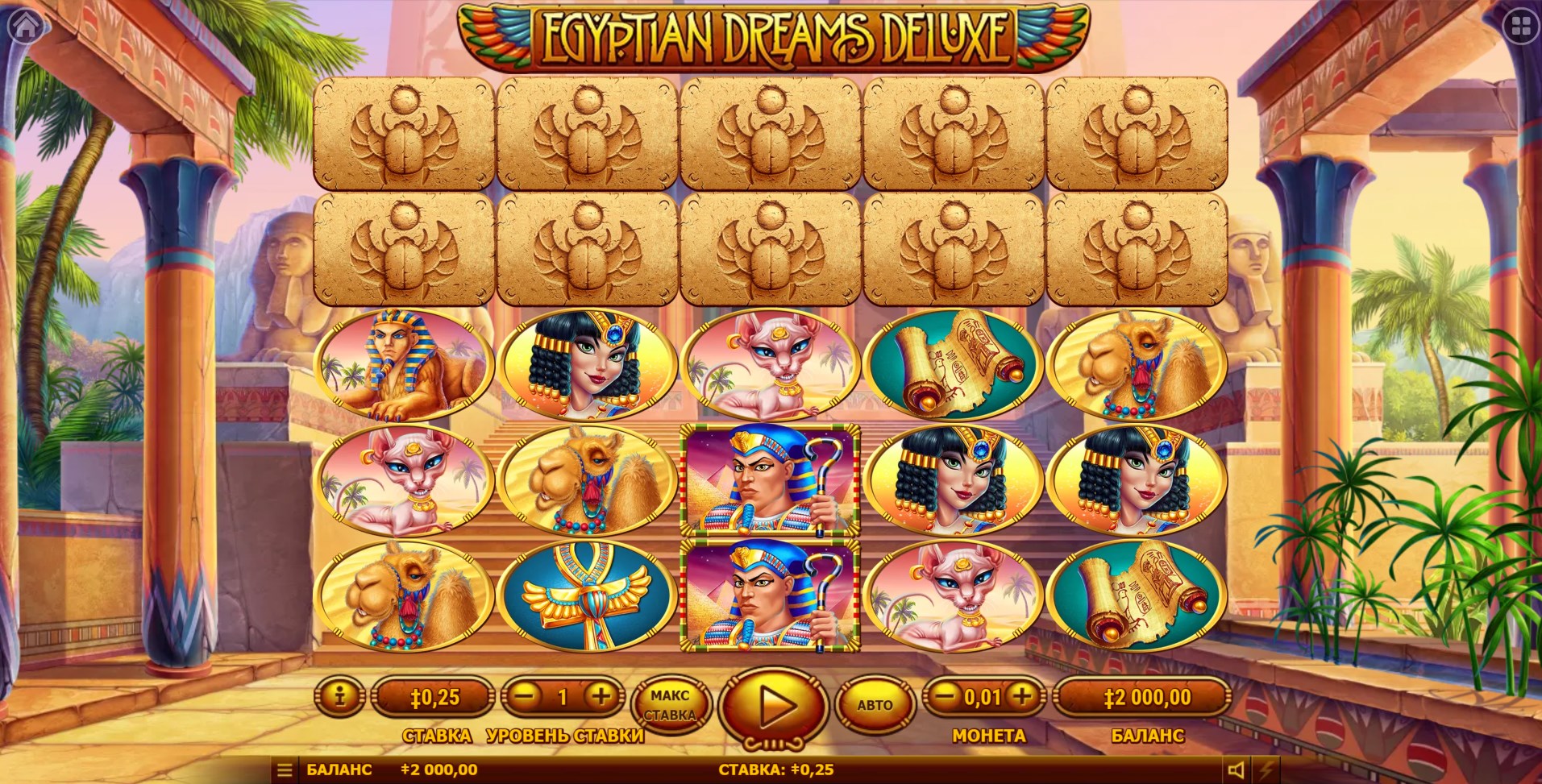 Egyptian Dreams Deluxe, received an unusual game structure. There are five drums here, the symbols are arranged according to the 5×5 scheme, but initially you will see a game field with a 5×3 scheme, the upper two rows will be blocked. The lines for composing combinations are provided from 243 to 3125, depending on what part of the playing field is unlocked. Symbols in Egyptian Dreams Deluxe fully corresponds to the Egyptian style. Pharaoh’s special features are the symbol of the pharaoh, it is wild and will replace the simple symbols in the slot, as well as when falling under the locked cells open them, the scatter symbol is the pyramid, it starts the repeated and free spins.

Re-spins is activated when there are at least two scatter symbols on the reels. You will have one re-spin available before starting free spins, which will help you get additional pyramids and correspondingly more free spins.

Free spins – can be activated in two ways. First – if you can completely unlock all slot cells, you will be given 30 free spins, in which winnings will be accrued on 3125 lines. 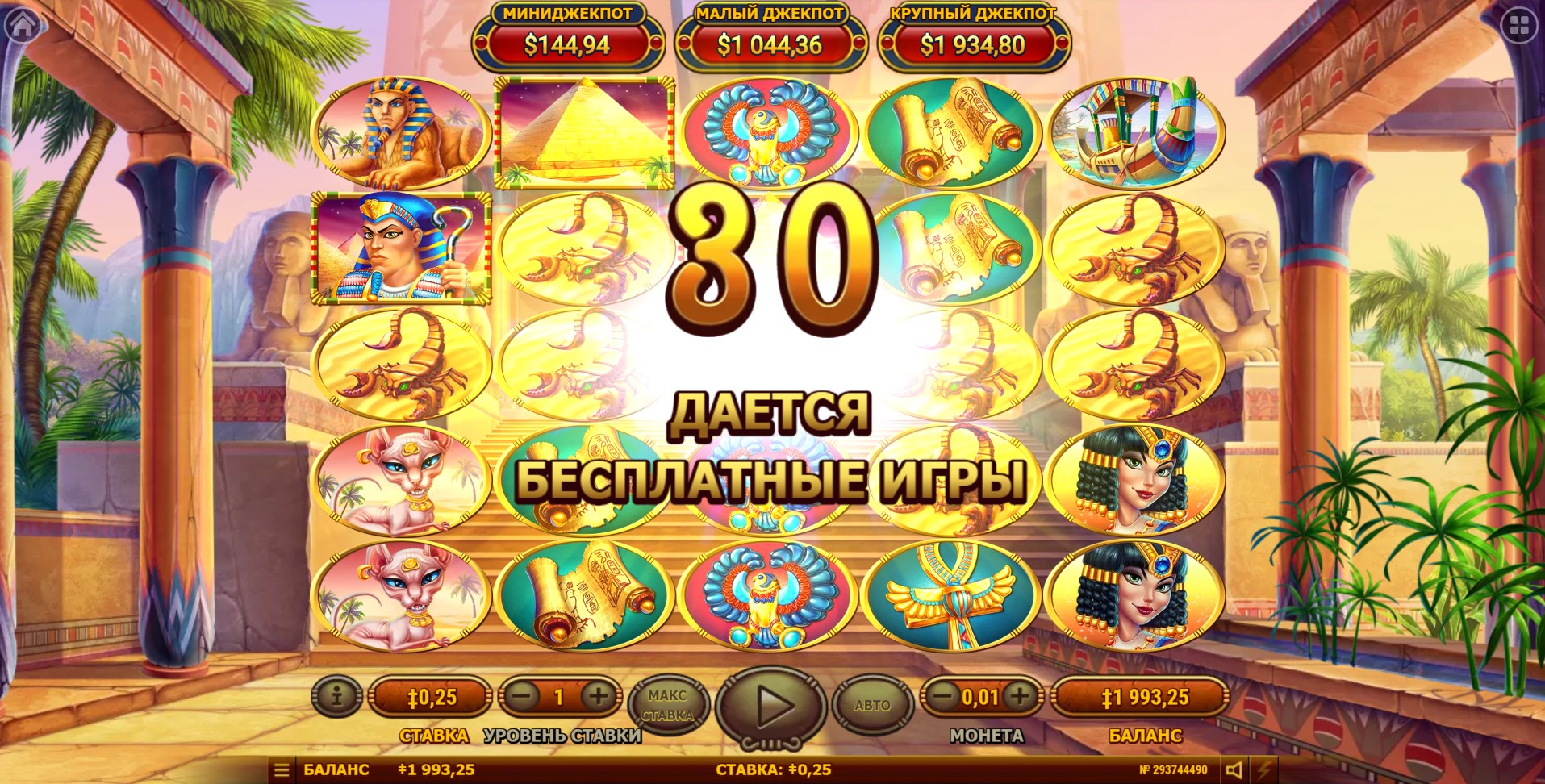 The second way – with the fall of the pyramids, but there is an obligatory condition, this symbol should fall in order starting from the first drum. The number of free spins will depend on how many character scatter you get: 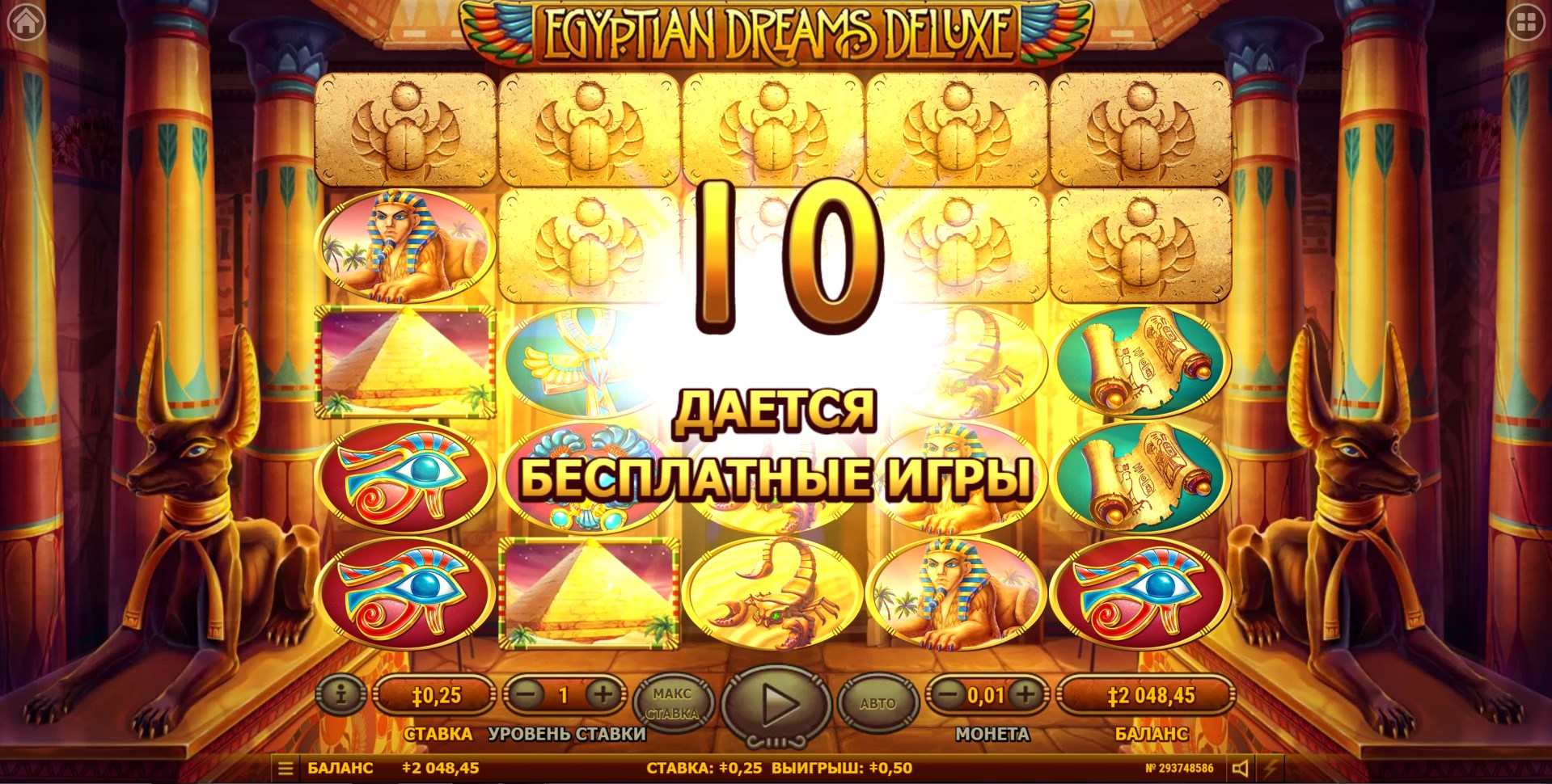 If free spins are started using scatter symbols, the number of open cells remains the same as before starting. Also, during free spins, the appearance of three pyramid symbols will add another 10 free spins.