King Of Monkeys 2 is the next release of the popular slot of king of monkeys from GameArt.

The story tells of the exciting journeys of the monkey king with his associates. During the game you immerse yourself in the amazing world of ancient China, and also meet the already familiar heroes of Tang Sanzang, Zhu Wuneng and Sh. The second part of the game has five reels and 25 winning lines, in contrast to the king of monkeys, where you played with 243 winning lines. However, in the second part there is one big difference, this is the bonus game free spin, where you can activate up to 4 simultaneous game drums. 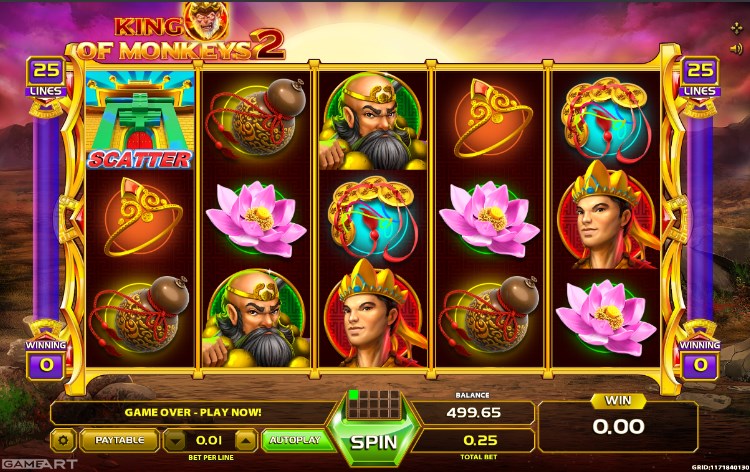 The design of the slot of king Of Monkeys 2 almost does not differ from the first version. The game screen is located on the background of an ancient castle. On the reels you will see symbols of the heroes of the slot. King of the monkeys, Tang Sansang, Zhu Wunen and Ash. The symbols of low value are: Precious ornaments, Rings, Stones, Golden scrolls and lotus flower. Wild symbol has the form of a red Chinese inscription, it replaces any symbol of a new slot, except for the symbol of the scatter, in the form of a gate of a mystical castle with the corresponding inscription.

In the game there is only one bonus feature free spin, where you can simultaneously activate up to four game reels with additional wild symbols. 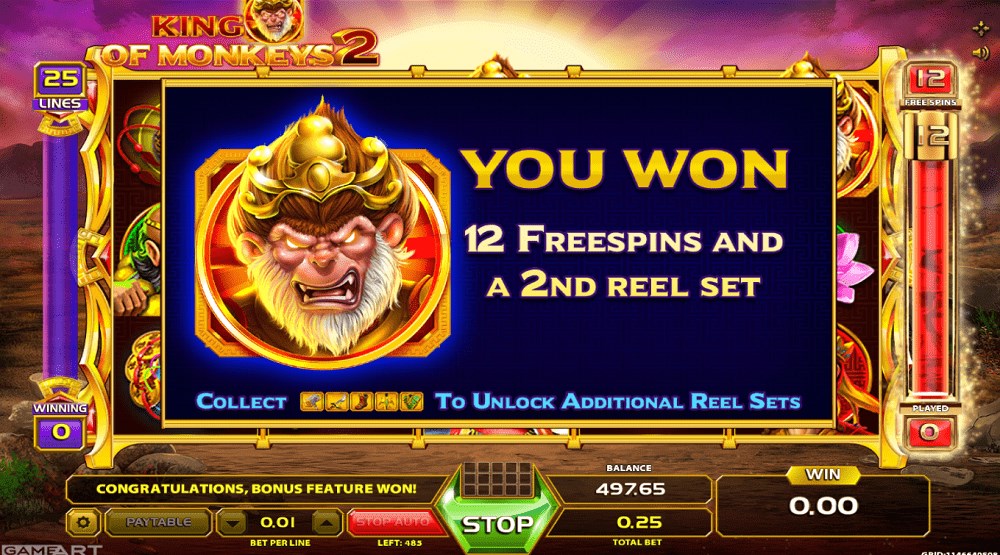 The function is triggered when a minimum of three scatter symbols are encountered anywhere in the game screen. At the very beginning you get 12 free games with two active game screens, however you can activate two additional screens by collecting different combat accessories that are displayed in the upper right corner. To activate the third screen it is necessary to collect 9 different objects, and the fifth game drum on each of the screens will be completely filled with wild symbols. The fourth drum is activated when you select 14 items, in this mode the fourth and fifth game drum will be completely filled with wild symbols. If, you are lucky and you collect 30 combat items, then you activate the third game drum, so the playing field from the third to the fifth drum will have a wild value on each game screen. 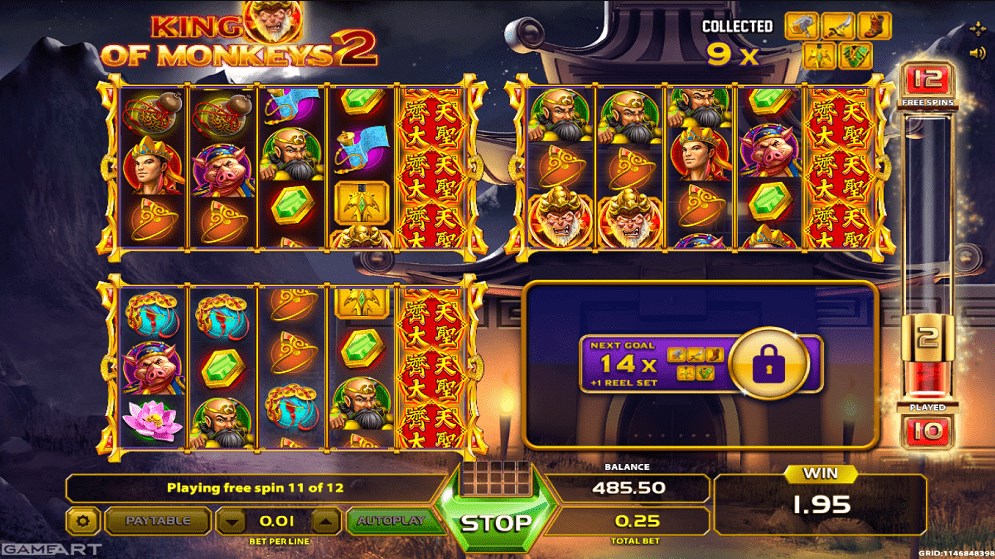 Thus, we can conclude that the new release of king Of monkeys 2 will be an excellent slot with high potential and certainly like many players.