Chinese Zodiac – an interesting gaming machine from the developers of GameArt with the theme of Chinese horoscopes, which predicts a good mood and wins. 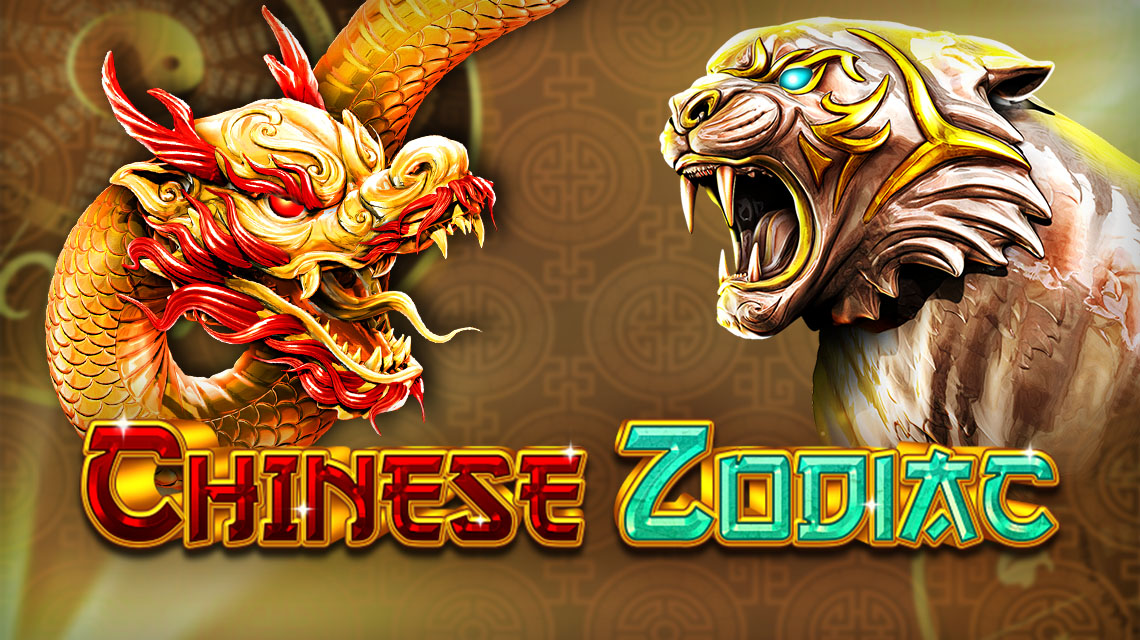 This slot has 25 winning lines and 5 reels on which payments are formed. Among its features, you can select the function Second Chance Stacks, free spins, as well as wild and scatter symbols. Since the Chinese horoscope is taken as a basis, it is not surprising that among the characters you will meet 12 familiar animals in an unusual way: a rat, a bull, a rabbit, a snake, a horse, a sheep, a monkey, a cock, a dog and a pig. 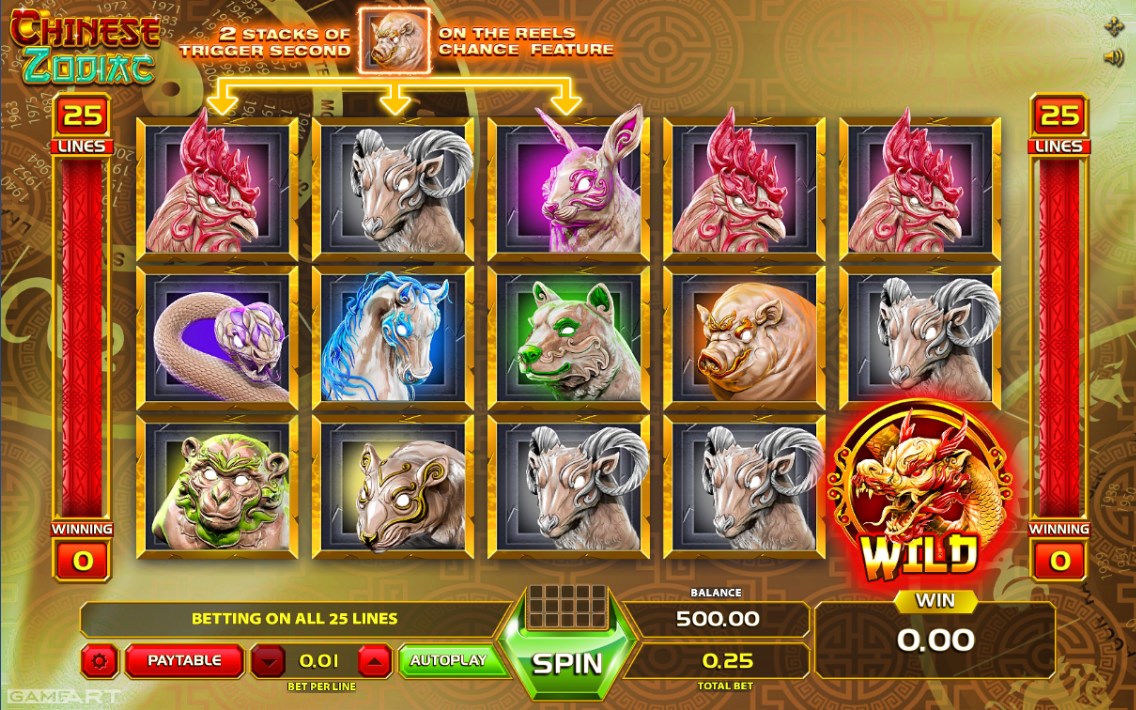 Special features are endowed with: a dragon is a wild symbol, appears on all the drums except the first one, which means that it does not bring payments on its own, serves to replace simple images in the slot. Tiger is a symbol, it launches free spins.

Second Chance Stacks – this function is hiding on the first three drums. If two reels of three are completely filled with the same image, you will have a second chance to get the desired symbol on the third reel. Before you appear a wheel that shows all the symbols of the slot, if the arrow stops on the image you need, it will move to an empty drum in order to compose a winning combination. If you are lucky and the four drums are completely filled with the same symbols, the Second Chance Stacks function is activated for the fifth reel, which will allow you to completely fill the playing field with one character and get a solid win. 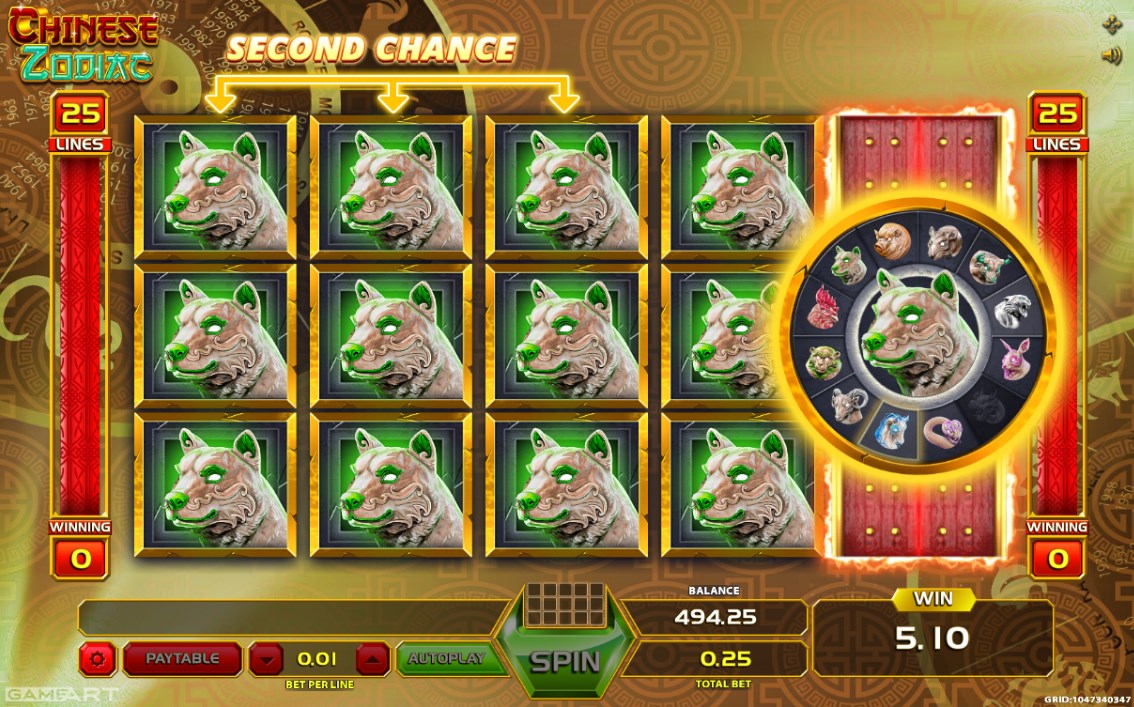 Free spins – activated if two game drums will be completely filled with a scatter symbol. After that, the second chance function will start, for all remaining reels. On each of the uncovered columns, a wheel will appear. The number of free spins will be determined by the number of filled drums. Three reels with tigers will give you 9 spins, four reels will bring 12 free spins, and if you can fill all five reels with a tiger image, you will get as many as 15 free spins, during which the Second Chance Stacks function will also be active. 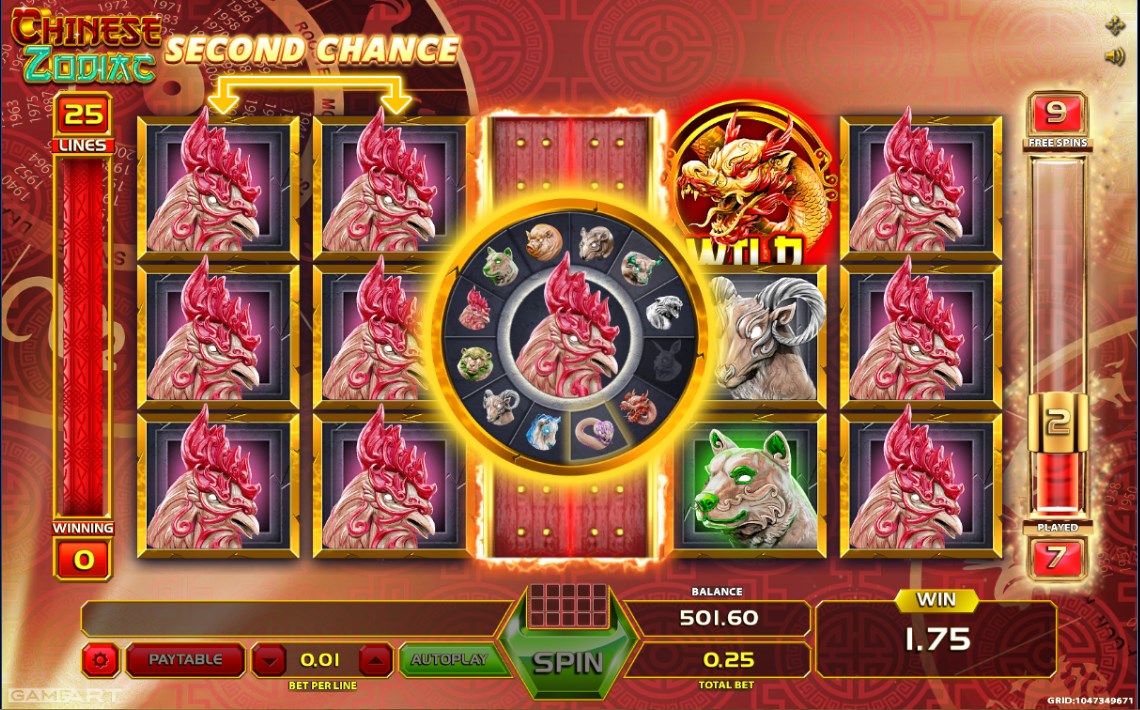 Enjoy a new slot Chinese Zodiac from the developers of GameArt and maybe it’s your zodiac sign that can bring you a huge win.