4Symbols new slot with Asian themes from the company GameArt.

Asian themes have long been popular among video word developers, and that’s why GameArt decided to join the popular theme and released a new 4 Symbols slot dedicated to the ancient Asian culture and their symbolism. Slot has 5 reels and 25 lines. The main bonus game of the new slot is the free spin function which, when activated, you activate as many as four game drums, each of them will be assigned a certain symbol. 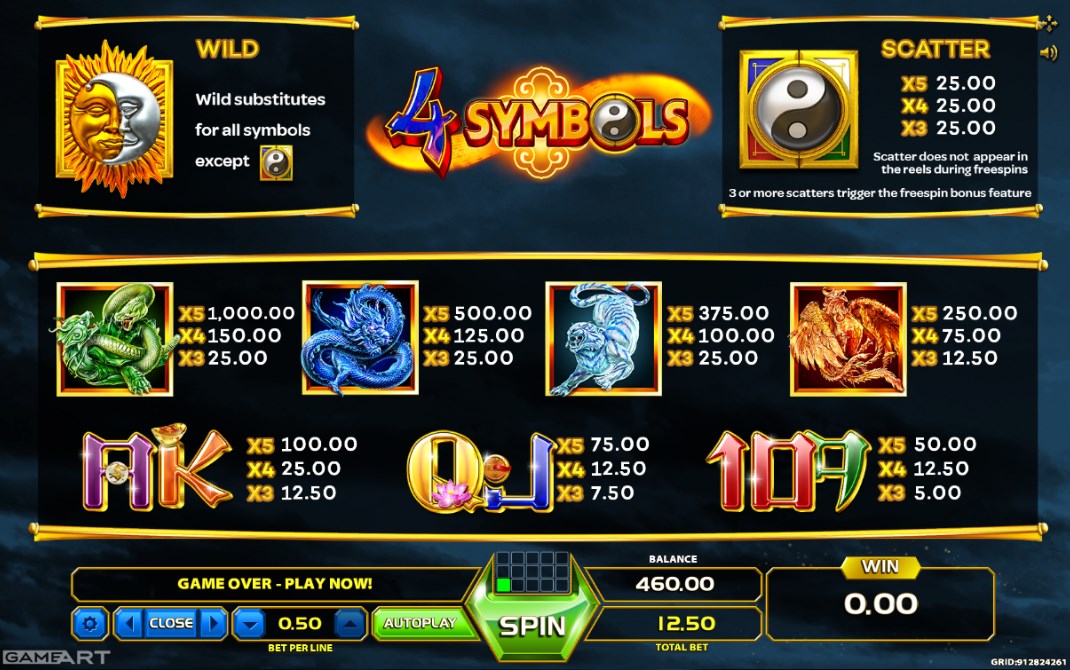 The slot design has a beautiful and colorful animated graphics that add a certain charm and fills the game with an appropriate atmosphere. The game screen is located on a background of a stormy sky, where to the left and to the right are the jade statues that are wrapped around the golden dragon. On the drums you will see the symbols inherent in the ancient dynasties: Jade and crystal dragon, crystal lion and fiery phoenix are the most expensive symbols and heroes of the new slot. The cheaper ones are 9, 10, J, Q, K, A. Wild symbol is made in the form of a golden sun in the embrace of the moon. 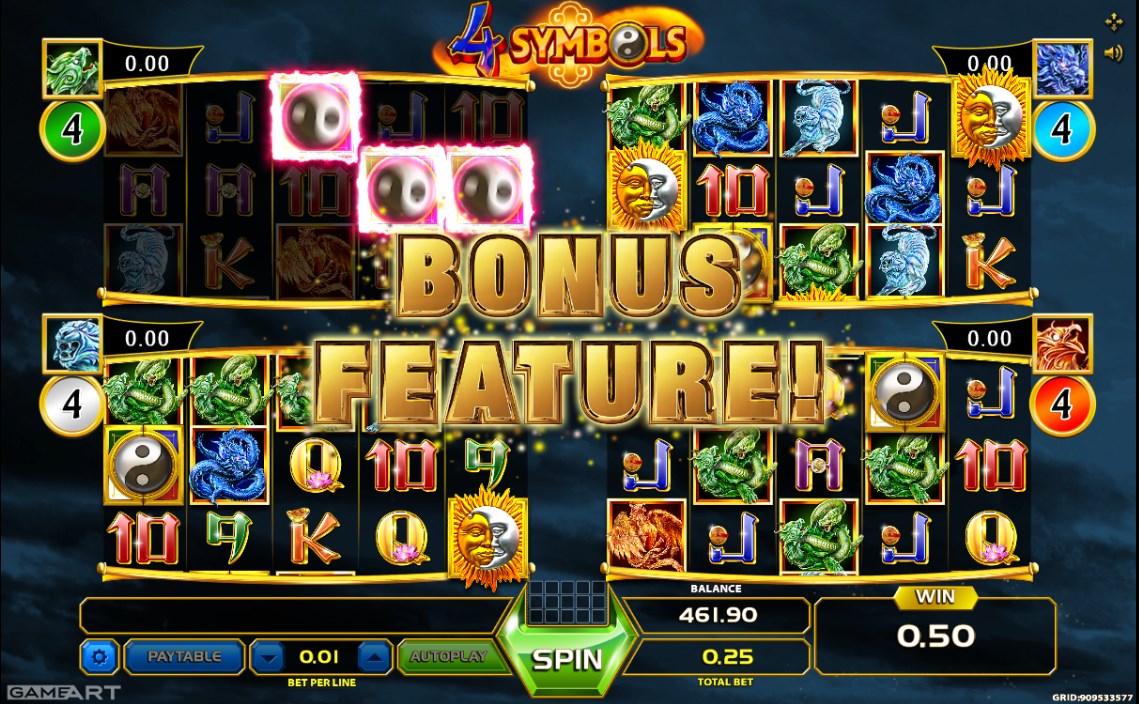 At the first rotation in the bonus game, each screen will have four rotations, each start will take one rotation from each screen, a matching combination using one of the four main characters will increase the number of rotations in the corresponding section. If all four symbols coincide at the same time, you will receive an additional win of 200x from the selected bet. The game ends when there are no rotations on all the playing fields.