Joan of Arc – a new slot machine with a historical theme from the company Game Art.

The plot of the new slot Joan of Arc is dedicated to the legendary girl Joan of Arc, who spared herself and fought for the freedom and independence of ordinary people. On the technical side, this is a standard slot developed by Game Art, it has five reels and 243 constantly active lines. Additional features include Expand and Split bonus, thanks to which the symbols on the reels can fill the entire playing field, these functions are new to the game art company. 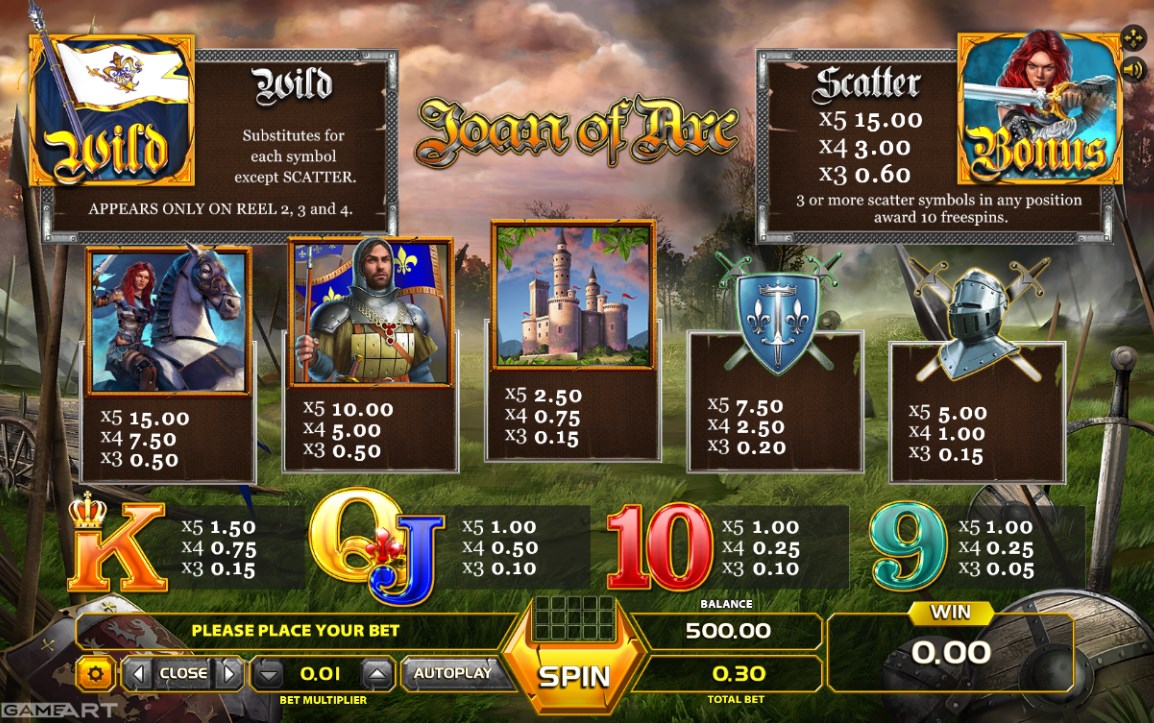 The slot design of Joan of Arc has a historical style. The game field is located on the battlefield with the remains of combat armor. On the reels you will see the symbols of the helmet, shield, ancient castle, the brave knight and Jeanne d’Arc herself on horseback. Cheap symbols are standard card values 9, 10, J, Q, K. Wild – emblem on flag with a corresponding inscription. The scatter – is the heroine herself with the inscription Bonus.

The functions Expand and Split are activated when a symbol with a red stripe on the game screen falls out, the symbols with this value will expand to the whole game drum and create higher winning combinations. 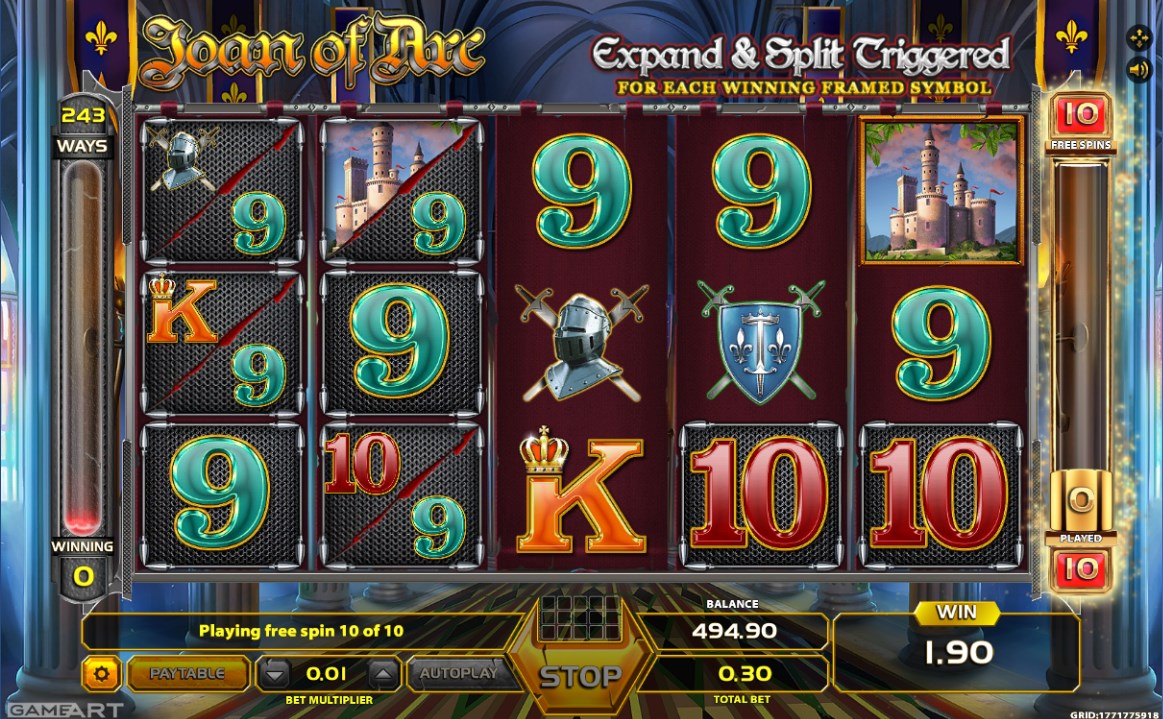 Free spin – starts when three bonus symbols fall out, you get 10 free spins, where Expand and Split will be constantly active, while the wild symbol may also have the value Expand. 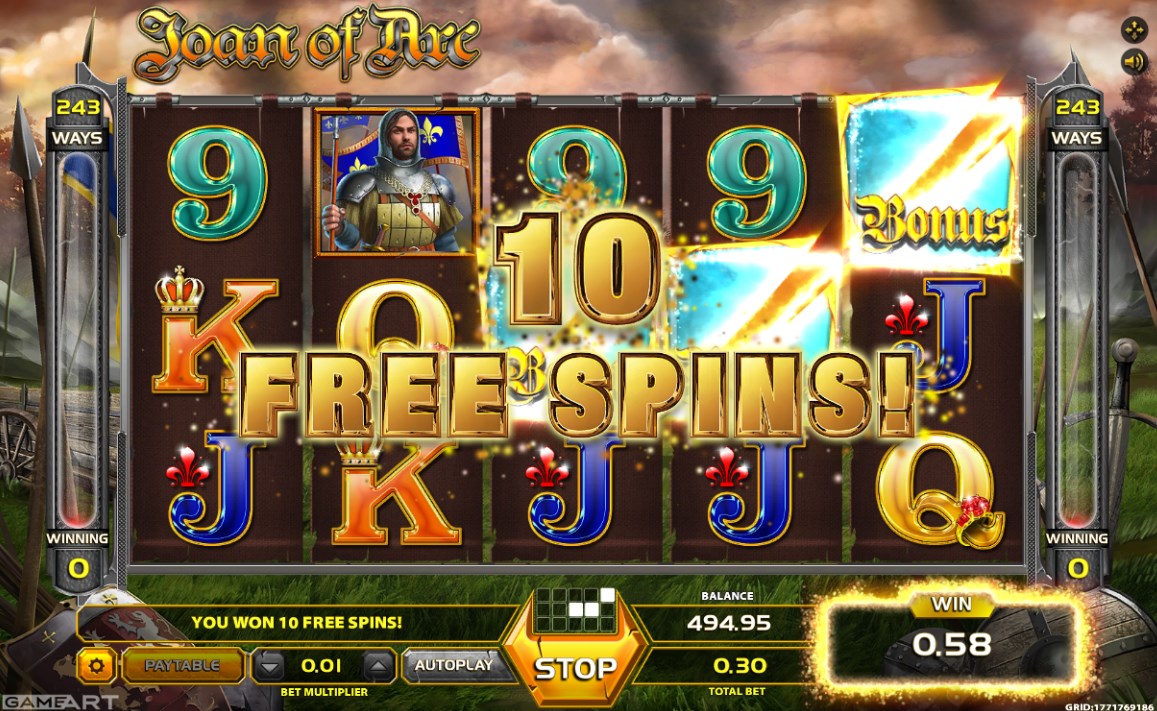 In general, the Joan of Arc slot from Game Art was the expected new product of this spring, because the company announced it as a slot with new features and an elite design, however, having launched the demo version of the game, we did not see much difference from the majority of slots of this manufacturer.