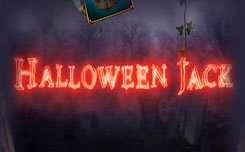 Halloween Jack – a new slot from the company NetEnt with a Halloween theme.

The design of the slot fully conveys the atmosphere of mysticism and horror. Game drums are located in the middle of the cemetery, with a huge number of graves. To the side of the drums are two columns next to them are pumpkins with candles lit inside. More eerily added bats and soundtrack used in the game. 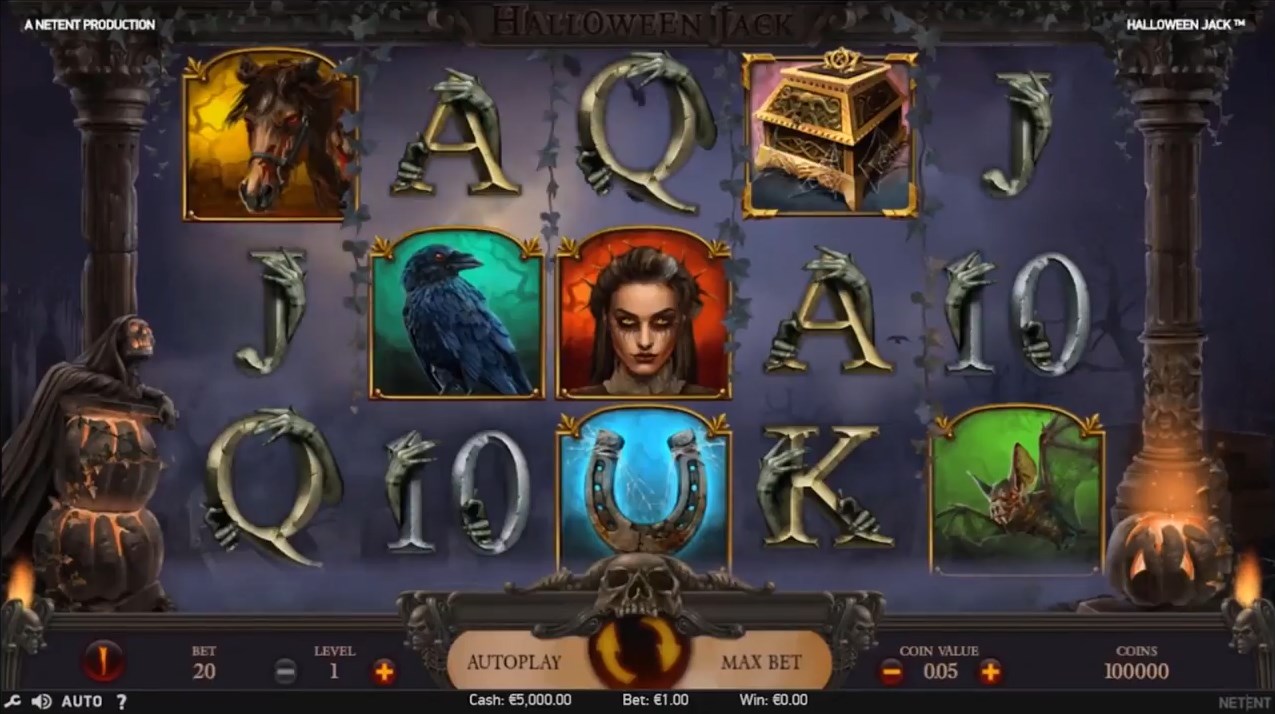 On the technical side, the new gaming machine consists of five reels and 20 lines on which winnings will be formed. Among the symbols used in the slot you will see the standard names of playing cards from 10 to A, as well as a horseshoe, a black crow, a bat, a horse ghost and a vampire girl. Among the special characters you will find: wild – an image of a pumpkin and a scatter symbol in the form of a chest, the features of these characters will be discussed below.

Walking Wild – the function is active both in a regular game and in free spins. Each time a wild symbol appears on the reels, repeated free spins are activated. With each spin, Wild moves one reel to the left. All combinations formed with the participation of the wild will have a multiplier of x3. Spins continue until the wild symbol leaves the playing field. 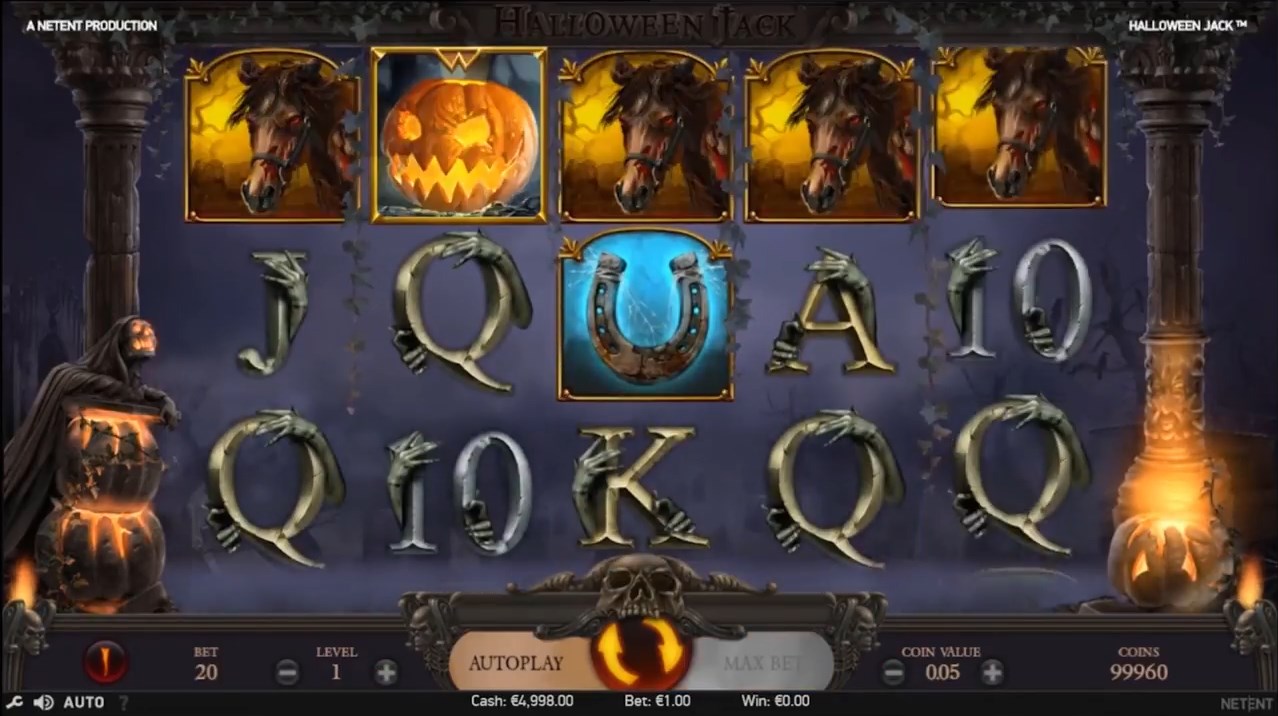 Free spins – are activated after at least three scatter symbols appear on the game reels. You will have 10 free spins, during which you can activate additional features of wild symbols. To make this happen you need to collect images in the form of lanterns, which fall on the fifth game drum. Depending on how many lanterns you collect, it will be determined which of the additional functions to launch. 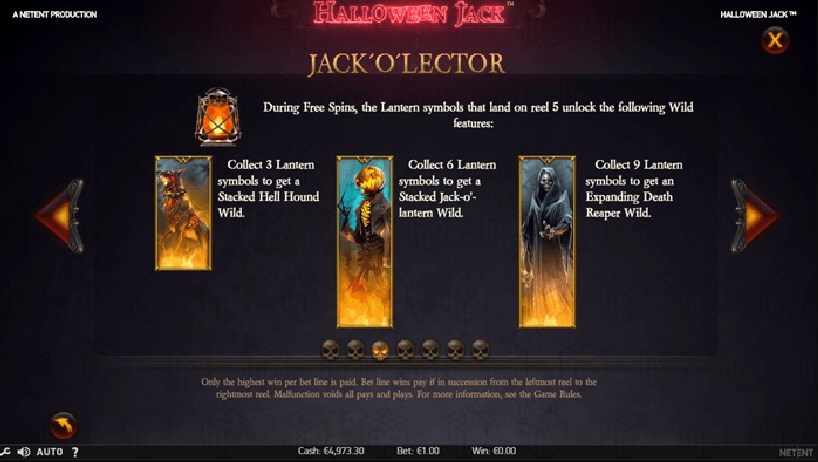 Stacked Hell Hound Wild – if you manage to get three lights, you will have an additional wild symbol, in the form of a hellish dog, which will add two combined Wild symbols to the game screen.

Stacked Jack-o’-lantern Wild – if you were able to get three more lanterns, a new wild man will appear in the form of a dead man, with a pumpkin instead of a head that will completely fill the slot drum.

Expanding Death Reaper Wild – is activated if you were able to assemble a complete collection of lanterns from 9 pieces, you will have a new wild in the form of a dead man, who will occupy a whole game drum.

In general, Halloween Jack turned out to be quite an interesting and exciting slot machine. The downside is that, by its structure and mechanics, Halloween Jack is absolutely identical to the Jack and the beanstalk slot of the same manufacturer, only the subject and symbolism has been changed. The launch of Halloween Jack is scheduled for October 24, 2018.