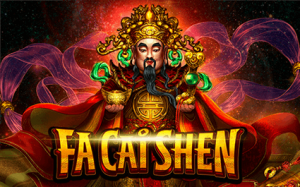 Company Habanero – young, but already had time to gain popularity software developer for casinos – announced the release of a new machine. The game, called the creators of Fa Cai Shen, has already appeared online.

Recall, it became the fourth automaton, released by the developer this year. And its creators do not plan to stop there, continuing to create new video slots.

Fa Cai Shen will work on 2 gaming platforms – Mediatech and EveryMatrix, with which Habanero signed contracts. Thanks to this, a huge number of gamblers around the world will be able to enjoy the new game.

The Fa Cai Shen slot has five drums and 28 paylines. The plot of the game is dedicated to the Chinese god of prosperity and good luck. The main symbols of the slot are made in Chinese style. The same can be said about additional signs – images of playing cards.

As special symbols in the game, scatter and wild are used. Wild-symbol, which depicts the god of prosperity and luck, performs a substitution function, and also turns into an expanding wild, occupying the whole series on one drum. As for the scatter, on which the golden tiara is painted, he launches a round of free spins and significantly increases the final bet.