Dragon’s Fire – a new slot with a dragon theme from the company Red Tiger Gaming.

The subject of fire-breathing dragons is often used to create gaming machines. A new game from the company Red tiger is devoted to this very topic. Dragon’s fire has five reels and 40 winning lines, and a large number of additional bonus features. Most of them are activated in a random order and give the player an additional multiplier that reaches 50x from the winning combination. Also, there is a bonus game free spin, with a constantly active function Dragon multiplayer. 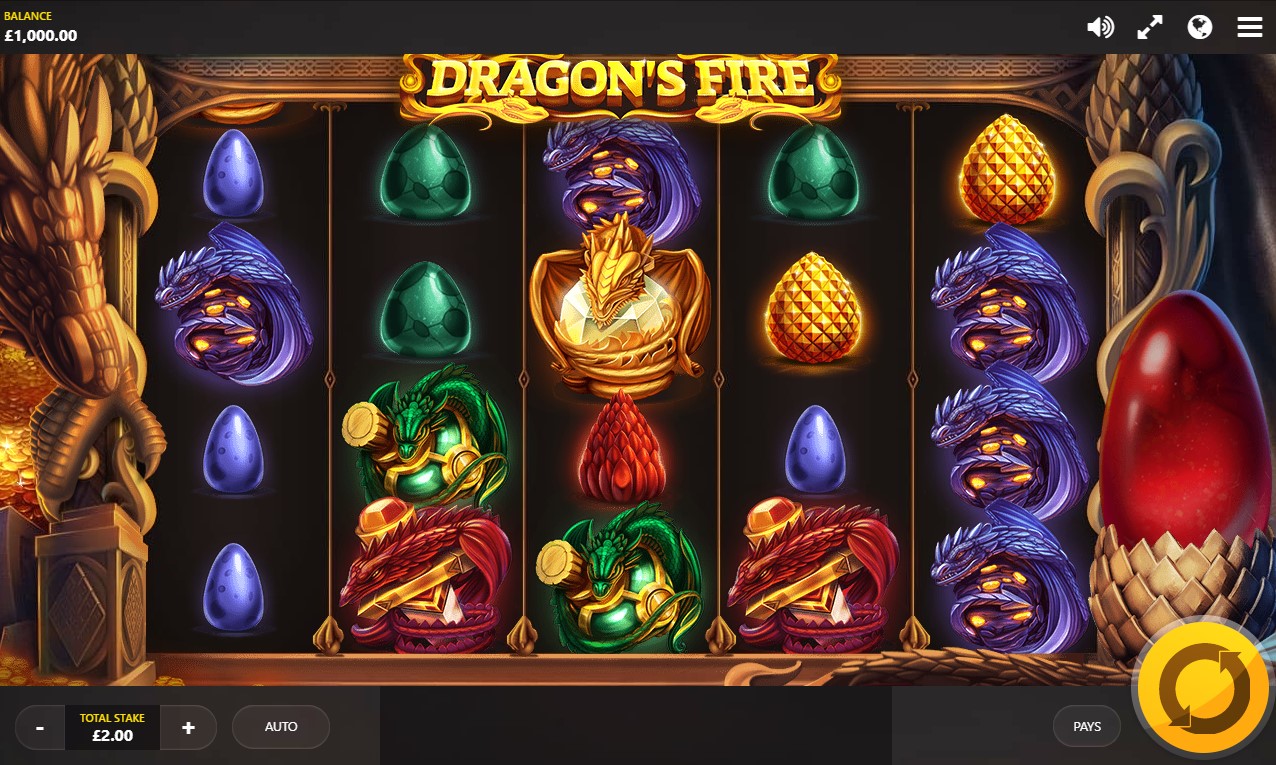 The design of the dragon’s fire slot looks great. The game screen is located on the background of a cave with treasures and is surrounded by a powerful dragon. On the drums you will see symbols of dragon eggs, as well as dragons themselves. The dragon’s eye is the top symbol and can fill the entire game drum.

The main function of the game is Dragon multiplayer. It is active in any game mode and triggers with a successive match of winning combinations, which increases the multiplier by 1x, so you can get up to 50x from the winning combination. 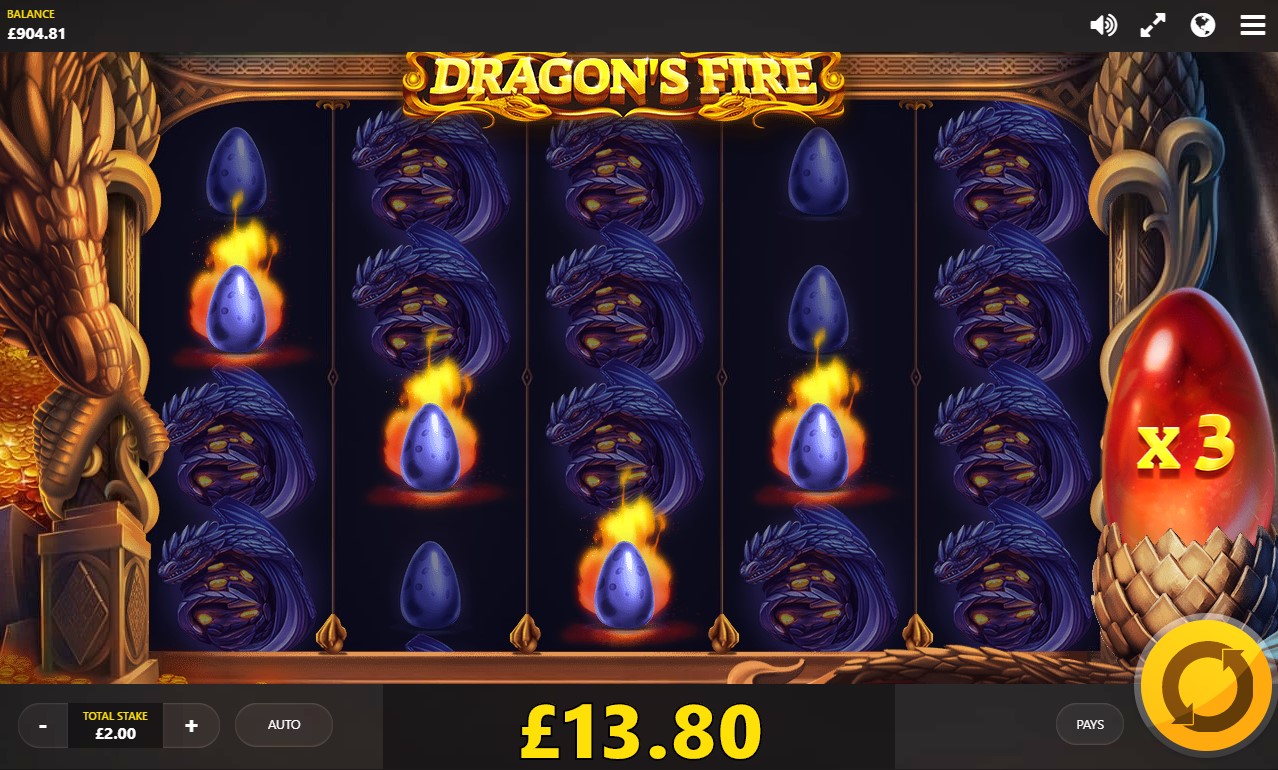 Also, in a random order, two bonus features of the Dragon Eye Eye Boost function can be activated – where you get a random multiplier of up to 10x, and a fire blast function – where the dragon’s paws appear on the game screen and add a random wild or scatter symbol. 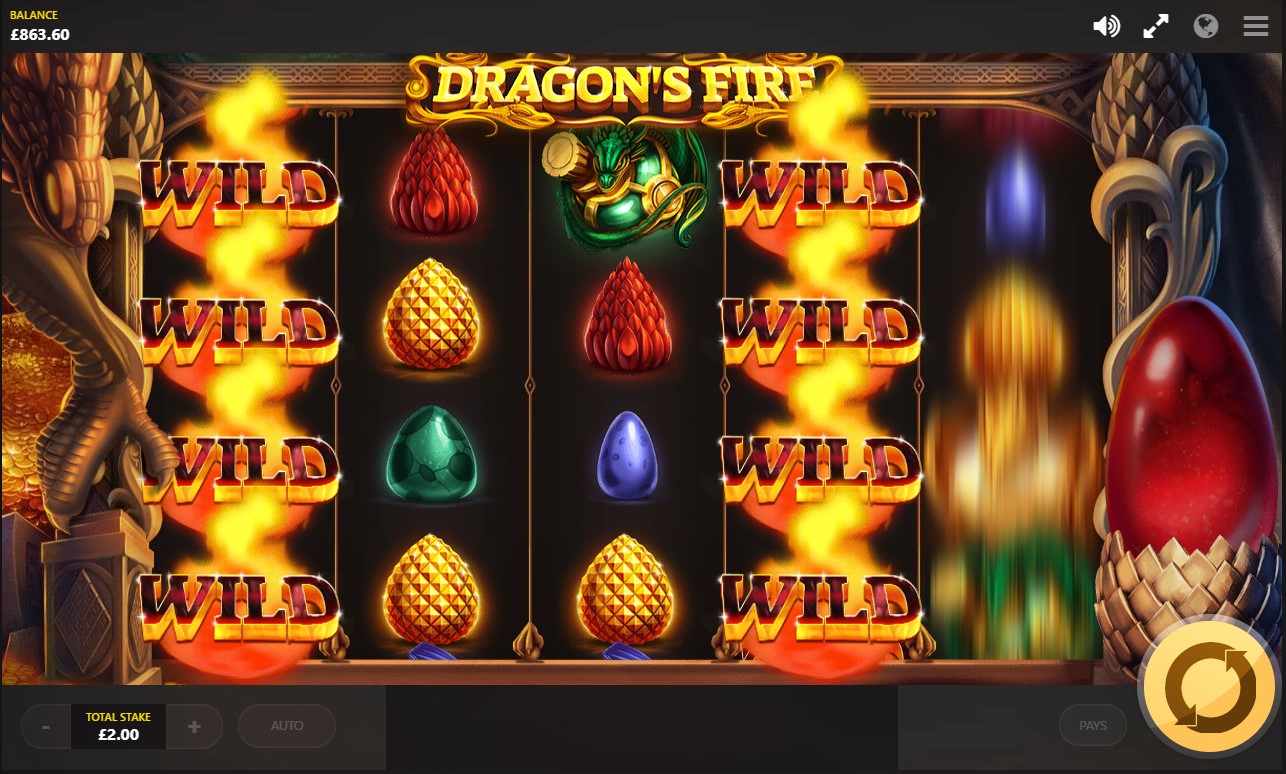 The free spin function is activated when three scatter symbols appear with the golden inscription “free spin”. You will be asked to choose one of the three golden dragons to determine the number of free spins. During the free spin function of the Dragon multiplayer is always active even with a losing back, you save the dialed multiplier. 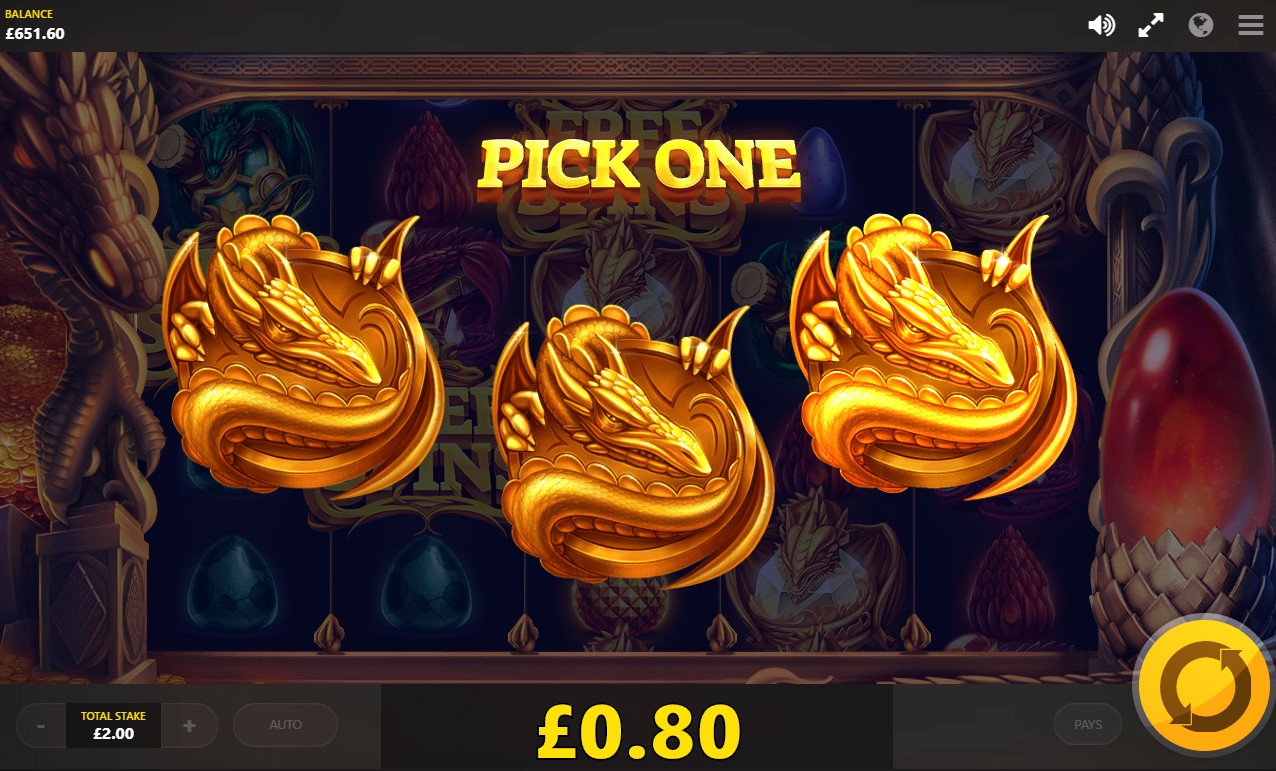 In general, Dragon’s Fire has turned out to be quite simple and at the same time an interesting slot, thanks to a large number of additional bonus features and a high level of RTP, you can certainly count on big wins.