What Are Winning Lines, Bet Level and Value of Coins

A large number of questions from beginners concern the terminology of modern slots. So in order not to explain what winline, coinvalue and betlevel are, I decided to make a small guide.

So, imagine that you play roulette, all the time betting ONLY on one number. You play one line.

In the example above, your total bet for spin is going to be $3. Winlines – the number of lines on which you can win. 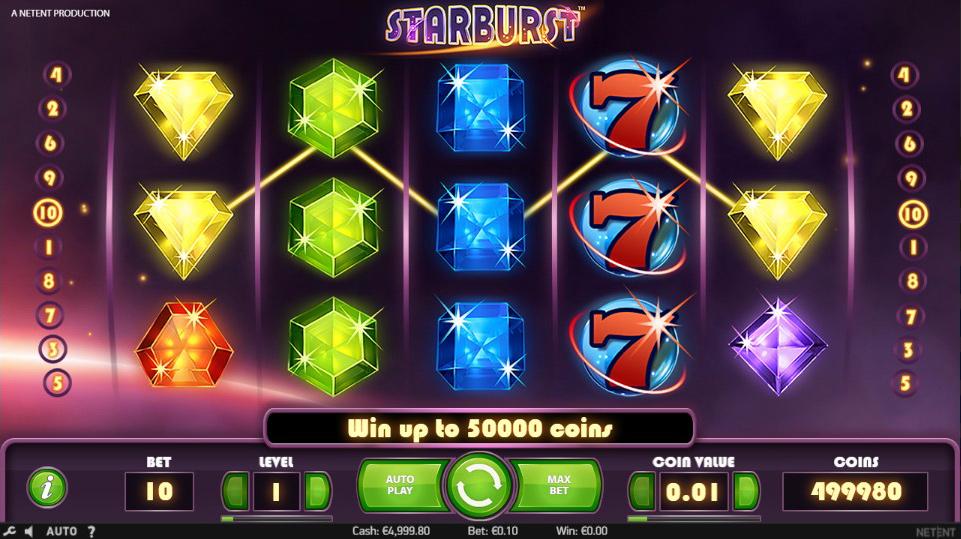 Let’s give an example. If you play one line, the only option when you can win is if you’ll get three or more of the same symbols on the middle horizontal line (some slots also give a win when you drop at least two of the required symbols).

If you play a slot with 243 lines, like Immortal Romance or Thunderstruck II, you win in any case, if the necessary symbols pop up on the first three reels from left to right. Usually you’ll win with a number of symbols from left to right, however some slots, for example Starburst, Lucky Angler or Monkey King, allow you to win in both directions of the symbols arrangement.

In Starburst the arrangement of the lines and the table of winning combinations are as follows: 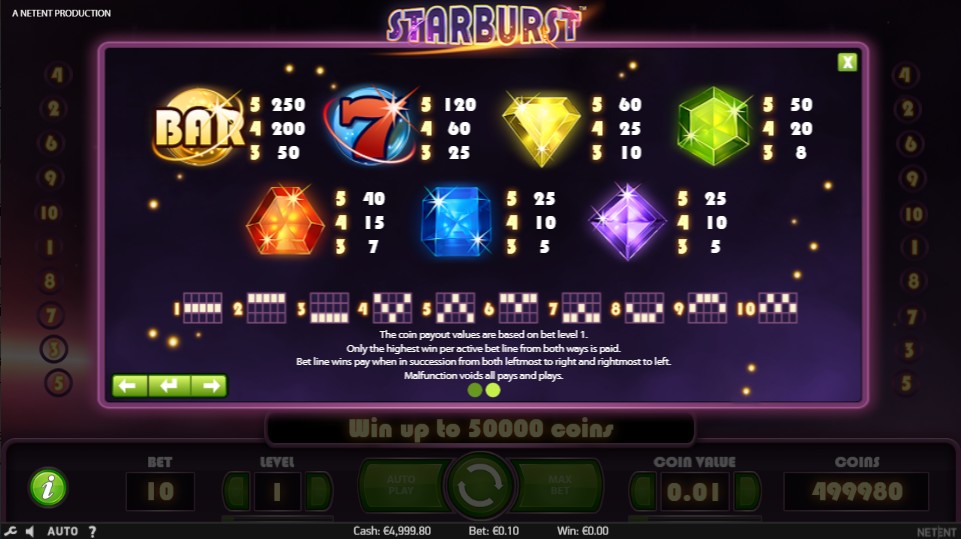 Betlevel is the number of coins on the line.

In general, we can talk about the influence of betlevel and coinvalue on the winning only in the context of aura and luck. For example, some play on level 7, just considering that this number brings good luck.