Company Thunderkick, pleased their fans, a new slot called Yeti: Battle of Greenhat Peak, where you can meet a huge snowman.

The actions of the game unfold, at the peak of Greenhat, surrounded by snow-covered trees and mountains, where the snowman decided to settle. In this regard, one of the local residents, there were big problems.

In the slot machine Yeti: Battle of Greenhat Peak, there are five drums and 11 lines on which combinations will be formed. Among the symbols that are used in the game, you will find: frozen cherries, watermelons, lemons, standard names of playing cards from J to A, and the most expensive symbol in the slot, looks like a snowman. 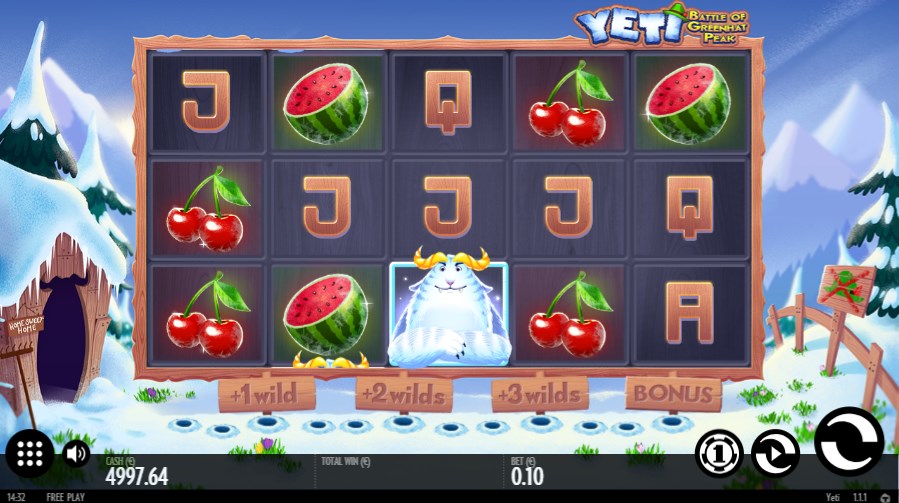 There are a few special symbols in the slot: the first is a wild symbol (a man in a green hat), he creates combinations himself and replaces simple images in the game, to generate winning lines, the second is a scatter symbol (in the form of carrots) – runs free spins.

Wild Attack – activated when two images of carrots appear on the reels. Pay attention to the bottom panel, which is under the drums. Once you have received two character scatters, it is activated and will determine what you will receive. It can be from 1 to 3 wild symbols or the bonus game free spins. 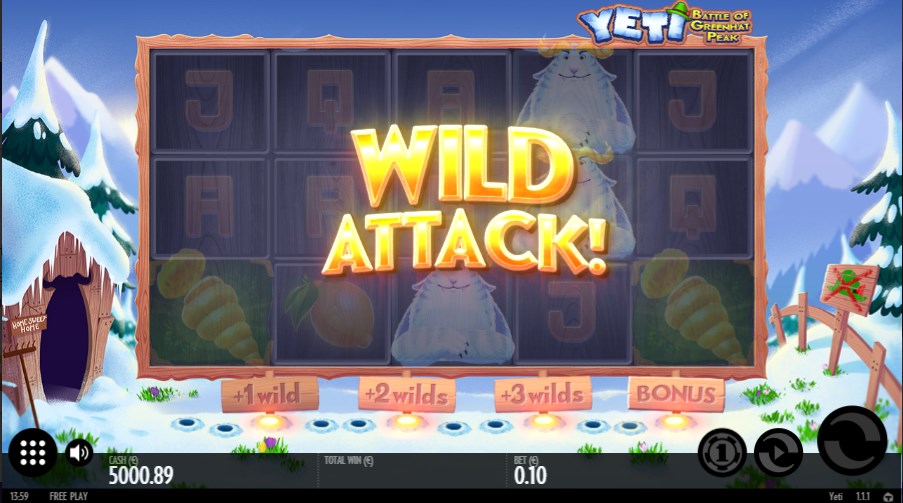 Free spins – runs in two ways. The first is described above, the second is if there are at least three scatter symbols on the reels. The amount of free spins will depend on how many carrots you drop out. Three carrot images – give you 10 free spins, 4 scatter symbols – will bring 15 free spins, and if you can catch 5 characters with a carrot image – you get 20 free spins. During the game, any wild symbol that did not participate in the combination will be frozen in its place until it becomes part of the win. If there are carrots on the drums, they will fill the scale below, and you will have the opportunity to get additional wild or free spins. 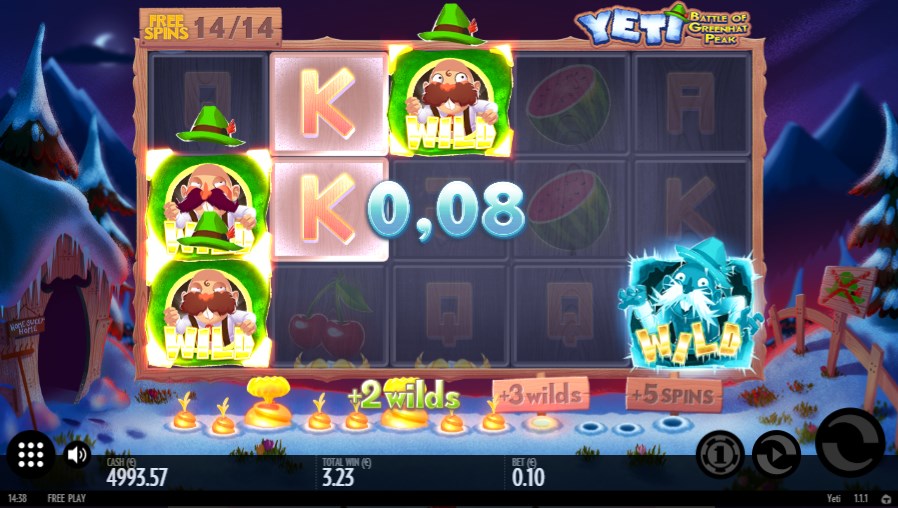 Slot Yeti: Battle of Greenhat Peak, turned out very fun and interesting. Qualitative graphics, cartoon characters, as well as good bonus features will be able to bring you big winnings.