Tiger Rush – a new slot with the theme of the animal world from the company Thunderkick.

The tiger rush slot will be available in all thunderkick casinos from November 17, 2018. The new game will have beautiful graphics and a good set of bonus features. The structure of the game screen is also unique. During the main game you will play on five reels with 10 active lines. When you start the special bonus functions, the number of lines increases to 25 five, expanding the center of the game screen.

The design of the Tiger rush slot looks pretty simple. The game screen is located in the tropical jungle. On the reels you will see the symbols of colored stones: blue, green, pink, red and yellow – these are low-value images. Symbols of high value are two frescoes with forest landscapes. The tiger is wild, it performs two functions, replaces the missing characters, and also activates the re-spin. The scatter symbol, in the form of a slot logo, activates the free spin.

The expanding wild is activated when the tiger drops, on the second, third and fourth game reels. The wild symbol will completely fill the gaming drum and launch an extra extra spin with a fixed wild symbol. 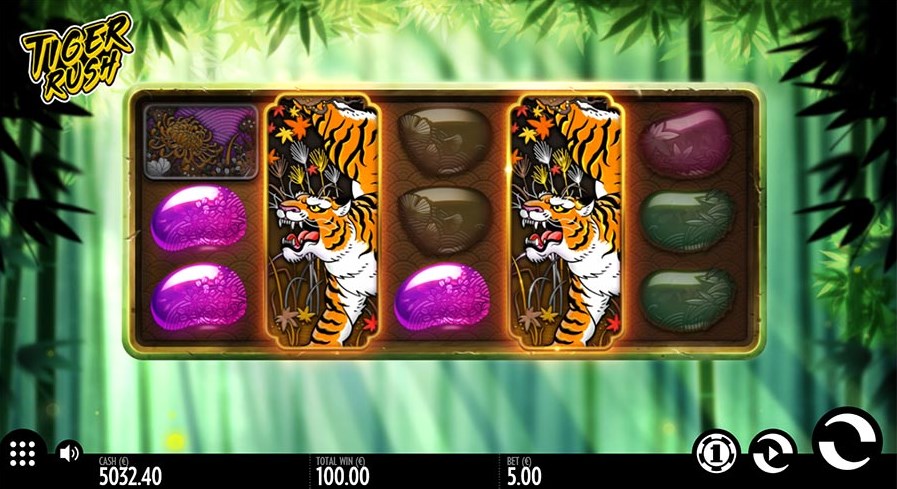 Free spin is activated when two scatter symbols appear on the first and fifth reels. You will get five free spins with an increased number of active lines. The extended wild feature will also be active. Re-fallout of scatter symbols will bring 5 additional spins. 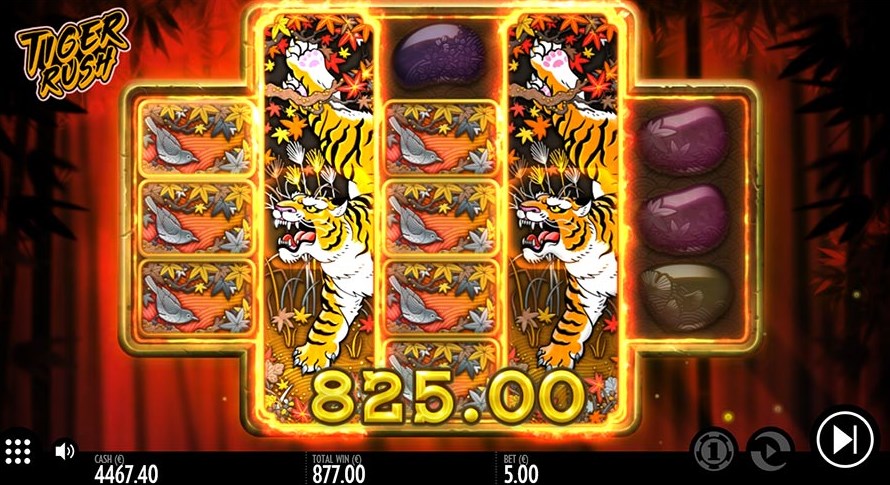 In general, the Tiger Rush slot looks pretty good and has a fairly high potential, comparable to the Pink Elephants and Yeti Battle slots from the same manufacturer.