Jaguar Temple – a new slot machine with an ancient tribal theme from the company Thunderkick.

Now it is known that this is a five-reel 20 linear video slot with a mega symbol function and expanding wild symbols. Also, I would like to note the unique graphics of the Jaguar temple, it fully reflects the theme of the slot and looks great. From the available functions, you can note the bonus game free spin with the expanding wild symbol, as well as the huge symbols of the golden jaguar 3×3, which appear in the base game on the central part of the screen. 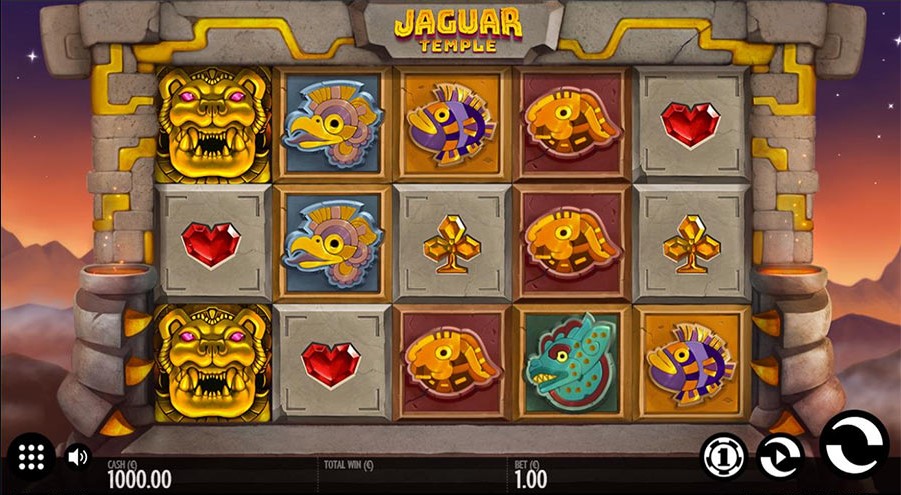 The design of the jaguar temple slot machine resembles the style of the ancient Mayan tribe. The game screen is located in the center of a stone pyramid covered by jaguar paws. On the drums you will see stone figures of various animals. Symbols of low value are card suits of peaks, hearts, clubs and bubies, also made of stone. The top symbols are the golden jaguar, it can bring up to 50 coins for five identical symbols, and also turn on the 3×3 field. The wild symbol (wild) looks like a shaman, and can expand to the entire game drum during the free spin function.

The free spins function is triggered when three scatter symbols appear anywhere in the game screen. You will receive 10 free spins, where the wild symbol will drop out on drums 2, 3, and 4, appearing, the symbol expands to the entire playing drum, so the three characters appear will fill the entire central part creating a huge number of winning combinations. 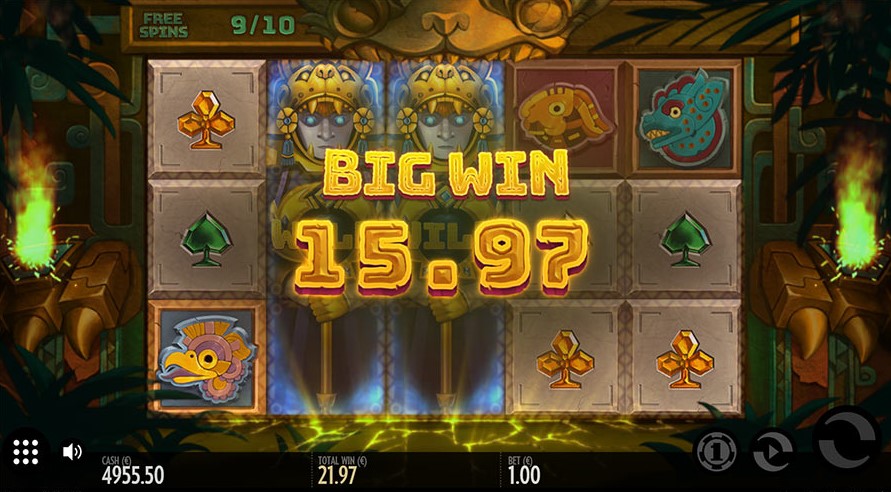 Jaguar Symbol 3×3 can only drop out on the central part of the game screen during the base game. This function is a bit like the big boxes in the Asgardian Stones slot from the company nett, but it has more expensive payouts.

To summarize, we can say that the company thunderkick is developing good slots with a unique design that makes it stand out among its competitors, and the new jaguar temple game certainly proves this fact. The launch of the slot is scheduled for September 19, 2018.