Developers Foxium, decided to please their players, and move to the distant 91-year, with a new slot on the vampire theme, called Vampire: the masquerade – las vegas. 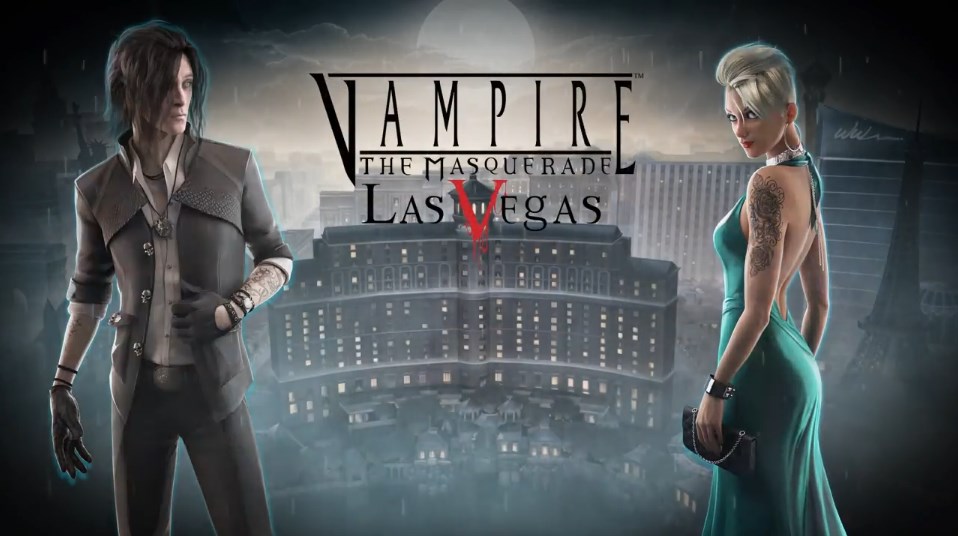 Slot Vampire, is equipped with 5 reels and has 20 lines for forming winnings. The bet on the spin is from 0.2 to 4 dollars.

The main characters that a player can meet during the game are the vampires and other awesome vampire characters: the masquerade.

The blood of the discipline – when the vampire and his victim, simultaneously appear on the screen, will begin to fill two scales, which are located on the sides of the drums. When one of these scales is fully filled, one of the variants of the free spins is activated. They can be from 5 to 16. They have a factor from x1 to x6, as well as additional options: 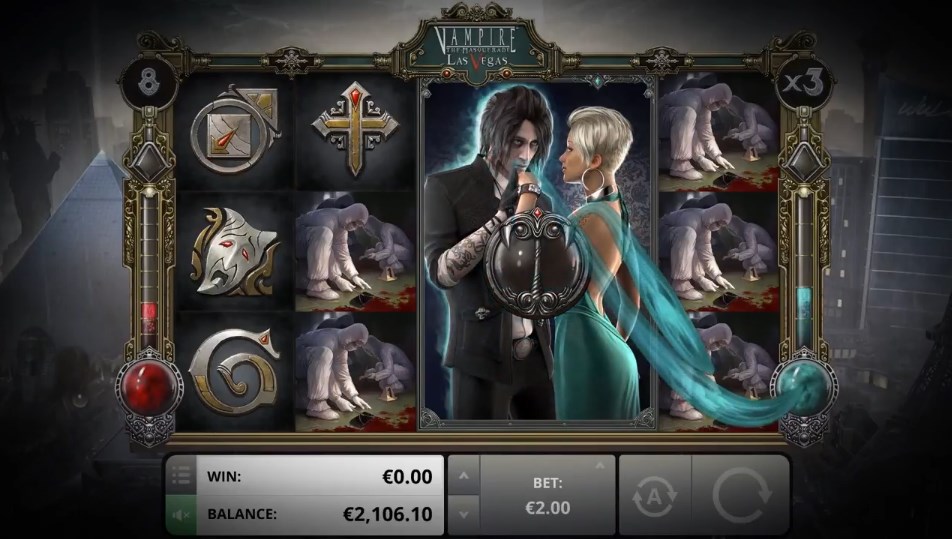 Dominate discipline – the girl becomes a wild, if she fills the fifth column, and is duplicated in additional cells;

Fortitude discipline – In each spin there are from 1 to 6 wilds, in randomly selected positions;

Presence discipline – In all rotations, there are at least four Wilds on the screen that change the cells at the beginning of each spin.

Pick me is another interesting feature that consists of 6 stages. On each of them the vampire will seduce the girl. You have to choose one of five cards. They contain the sums of payments or the skull that completes the rally. The further you pass, the more winnings will be. 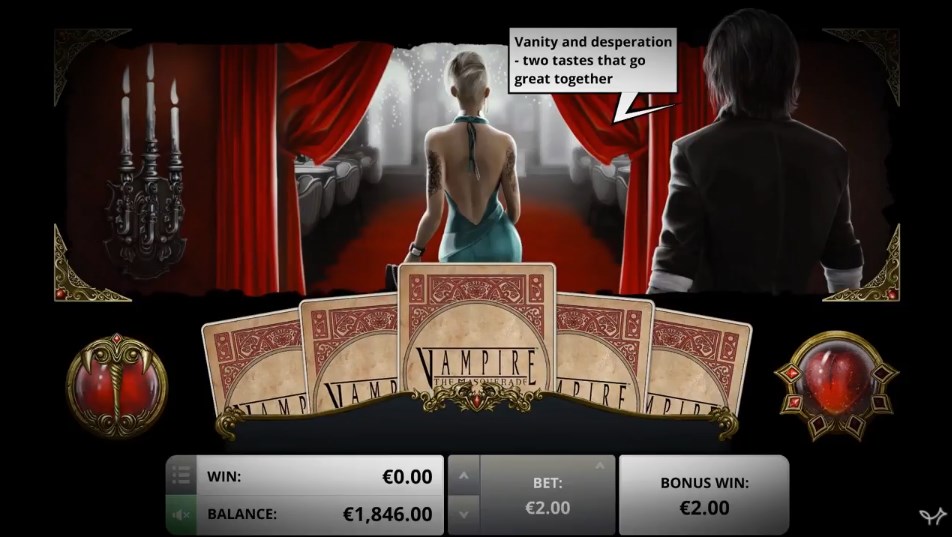 Slot, like fans of vampire themes, and a variety of bonuses, free spins and other special features will make the game even more fun.