The company-manufacturer called Foxium decided to please the novelty: on the big arena came a three-dimensional slot in the genre of fantasy. The slot in honor of the main heroine – a girl named Adelia, endowed with magical abilities – is named. 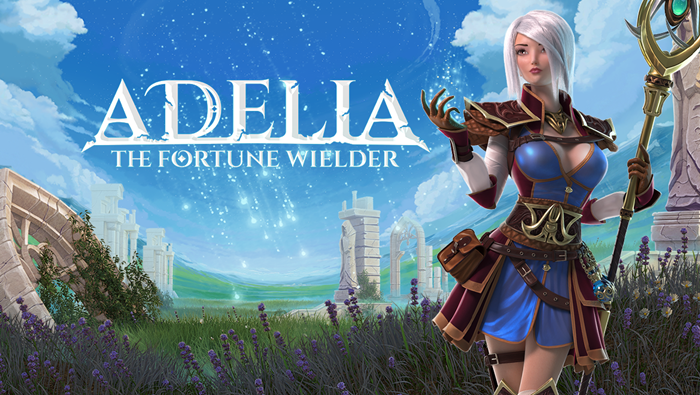 Its main mission is to search for treasures that are hidden in the ruins of the temple. Adelia will meet a lot of adventures, and you are waiting for a variety of payments and a variety of bonus features.

Adelia is a classic game with 5 reels. It has 20 winning lines, which can be composed of 15 cells on the screen. The range of rates is wide enough that any gambler could “turn around” as far as its desires and possibilities are concerned – the rate varies from a cent to the Euro. 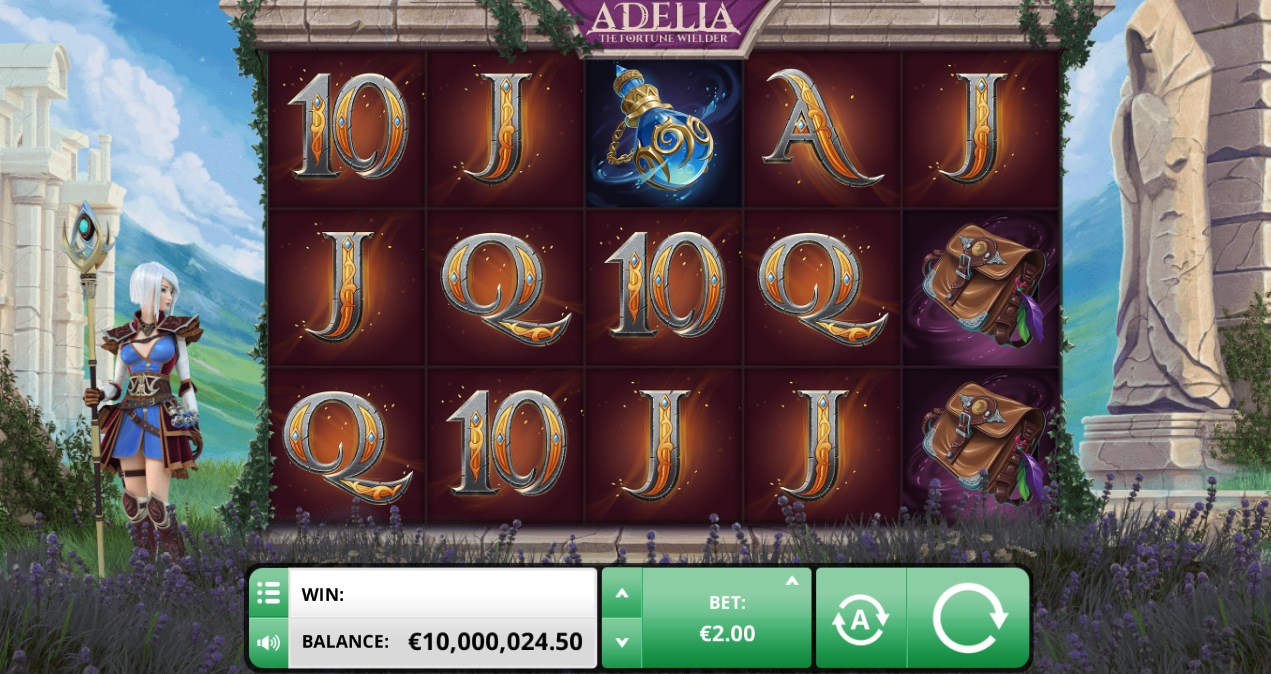 In total, ten images were created for the slot, thematically selected for the fairy-tale world – a blade, a potion, a staff and other stylized images, for example, classic figures and letters embroidered with runes.

Despite the fact that there is no round for doubling in the slot, it’s a pleasure to play the machine. All wins are calculated by the coefficients with the index from x5 to x500. You can get a payment already for three identical images, lined up from left to right.

Of the special characters worth noting wild, it replaces the simple symbols, except for the scatter. Also, a wild has a species – this is a multiplier wild. It can fall on the middle drum, if it becomes part of a combination, then the payout on it increases to five times.

Adelia’s fortune respin – during the re-spin, the symbol “multiplier wild” remains on the third reel. The round lasts until the repeated rotation does not stop paying. 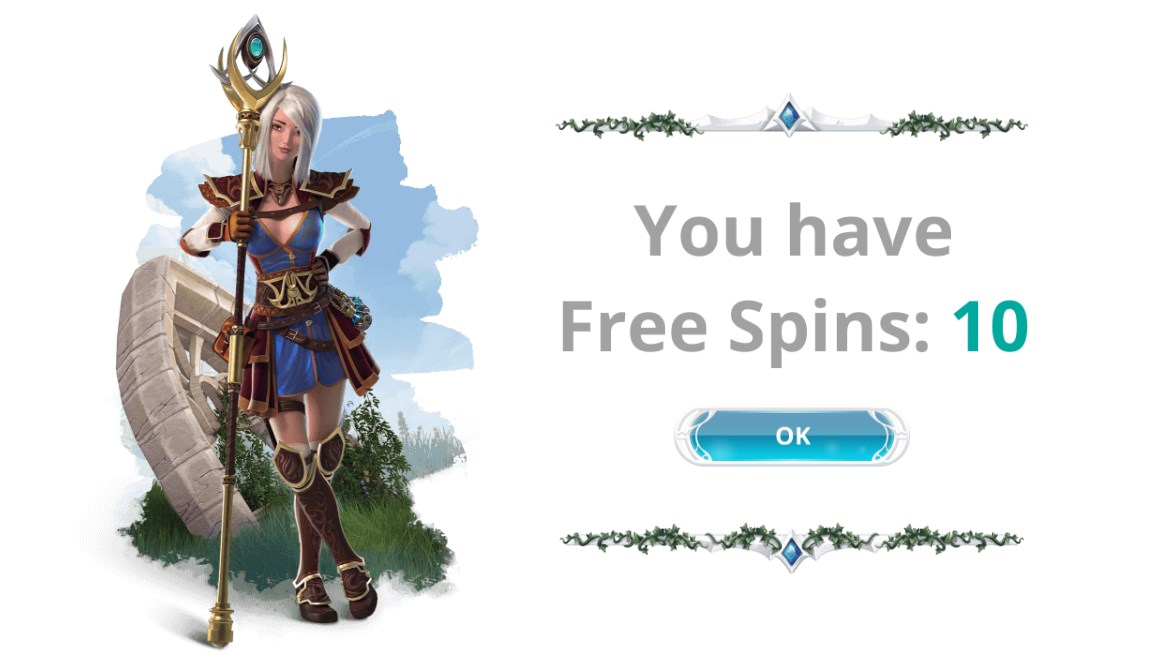 Symbols upgrade – coins will accumulate during free spins. Three such symbols open in turn three chests. They contain factors from x2 to x5. They will be used for calculating payments on combinations composed of certain symbols. 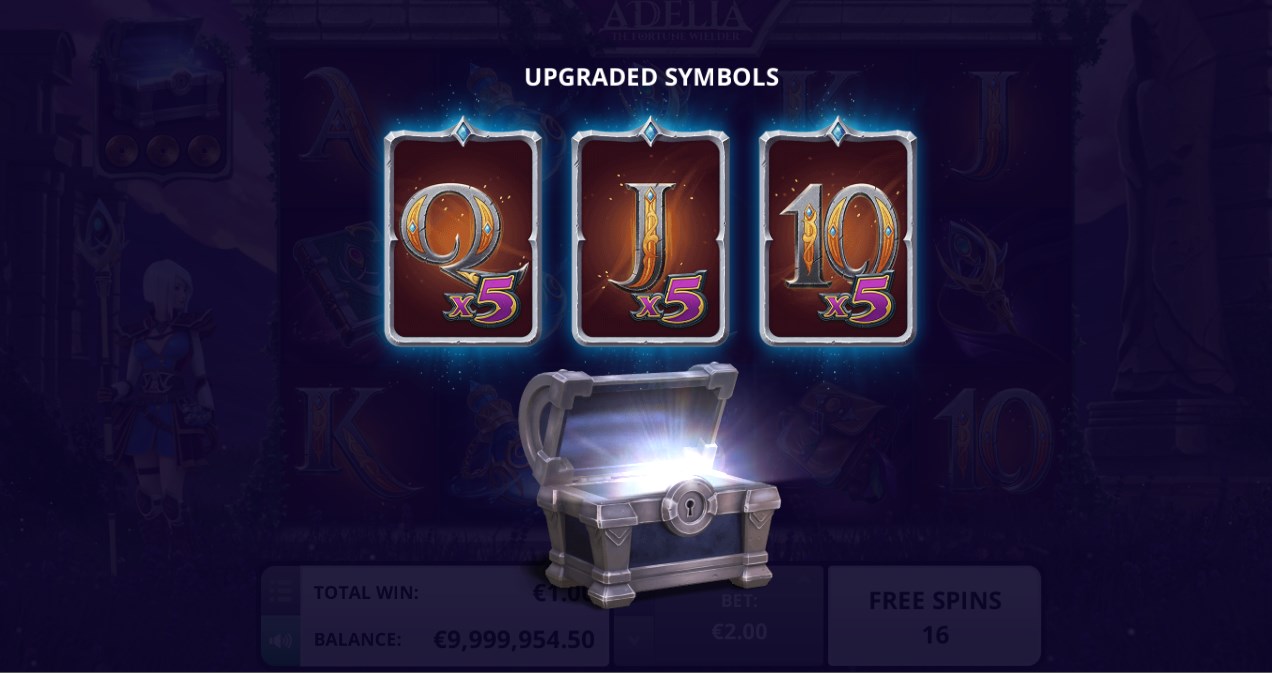