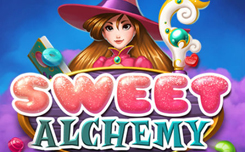 Magic slot Sweet Alchemy will introduce the players to the charming heroine Candy, who will reveal the secrets of making sweets.

The rules of the slot machine look non-standard, because instead of pay lines, clusters of 4+ identical images are used that touch each other vertically or horizontally. Even more changes received a bonus functionality, which includes several unique solutions.

The base field of the Sweet Alchemy slot machine is square and contains various sweets. All of them bring monetary rewards when clusters drop out. In some situations, the standard structure of the reels of the online slot is increased, but for this you will need to activate the free game “Prepare Elixir”. 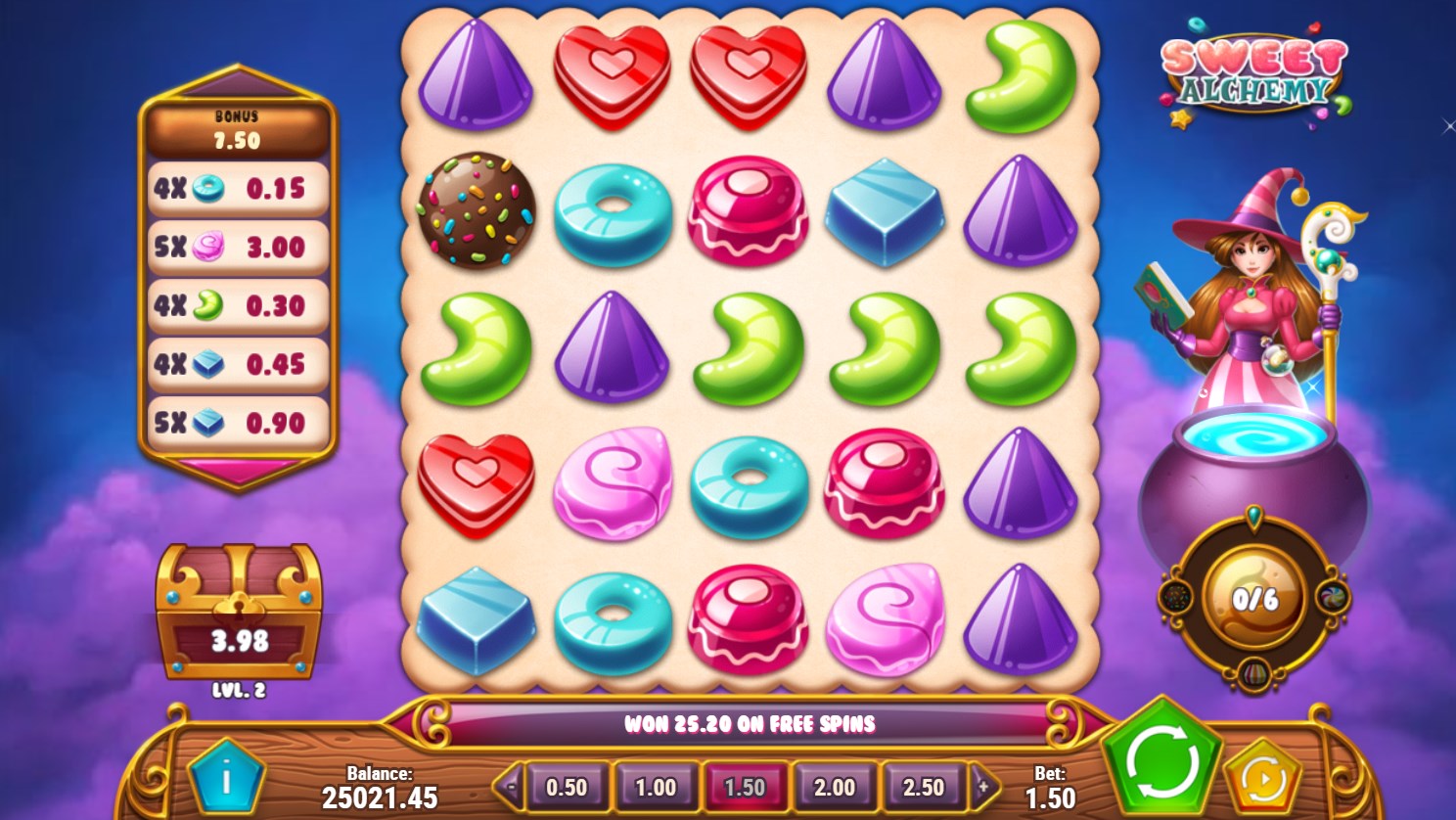 The main feature of the Sweet Alchemy slot machine appears after each win, when the winning cells explode, so that new ones fall into their places. Such actions not only continue the rally, but also allow you to fill the calorie indicator, which activates additional wilds or a free game.

In the slot machine Sweet Alchemy there are several additional wild ones, which appear on the field in three varieties: 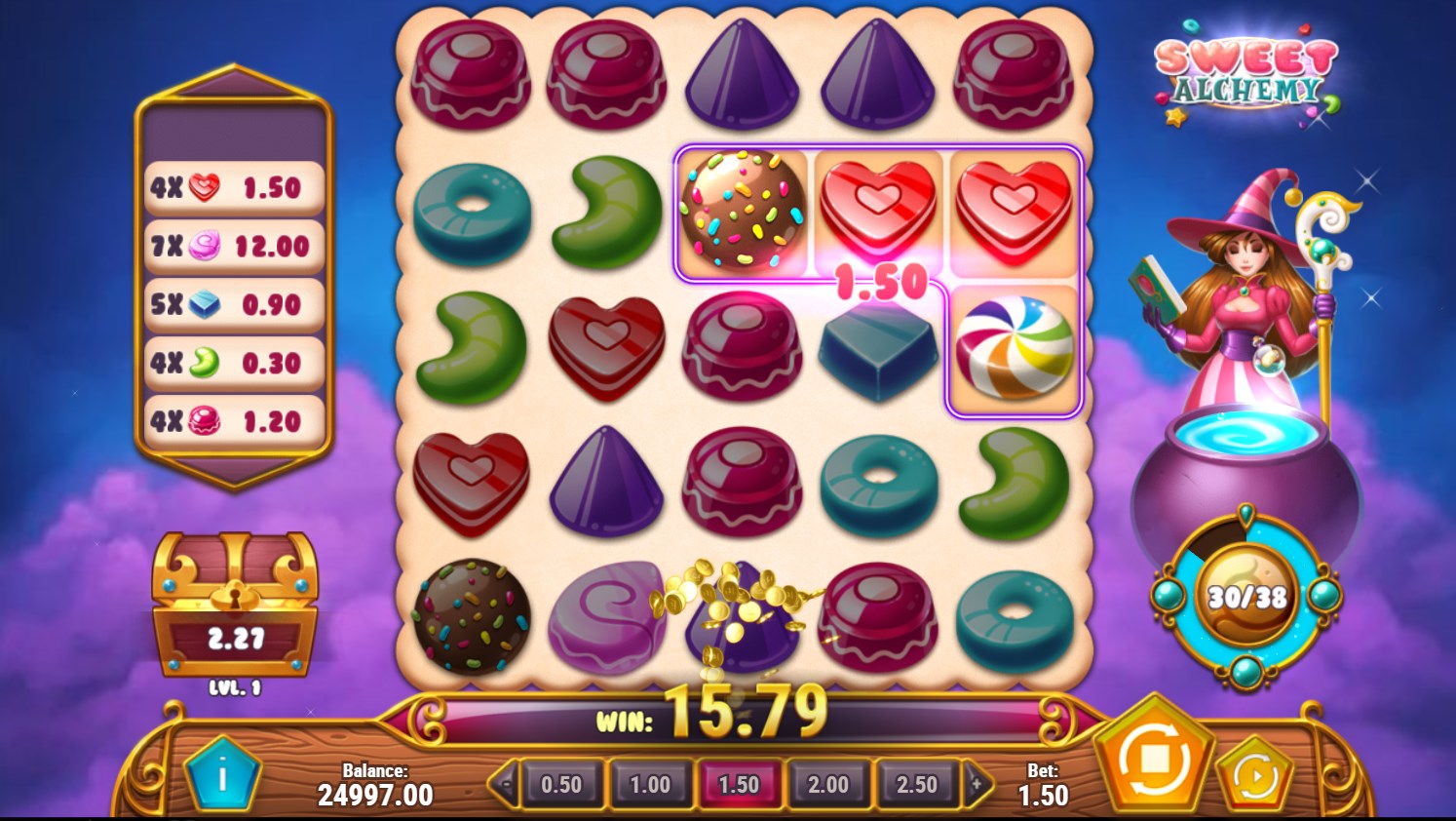 Ordinary – 2 Wild replace any other after accumulating 5 calories;

Strips – 2 Wild appear when the calorie counter is filled in at 13 divisions. Such wild not only overlap others, but also remove pictures from their series;

Glaze – 25 divisions in the calorie counter add 2 Wild with glaze, which replace the others and remove all pictures of a random kind.

The bonus mode of the Sweet Alchemy slot machine opens after the counter is filled with 38 winning symbols. The mode “Prepare Elixir” takes place on an enlarged 9×9 field, where a good sorceress applies candy spells of the following types: 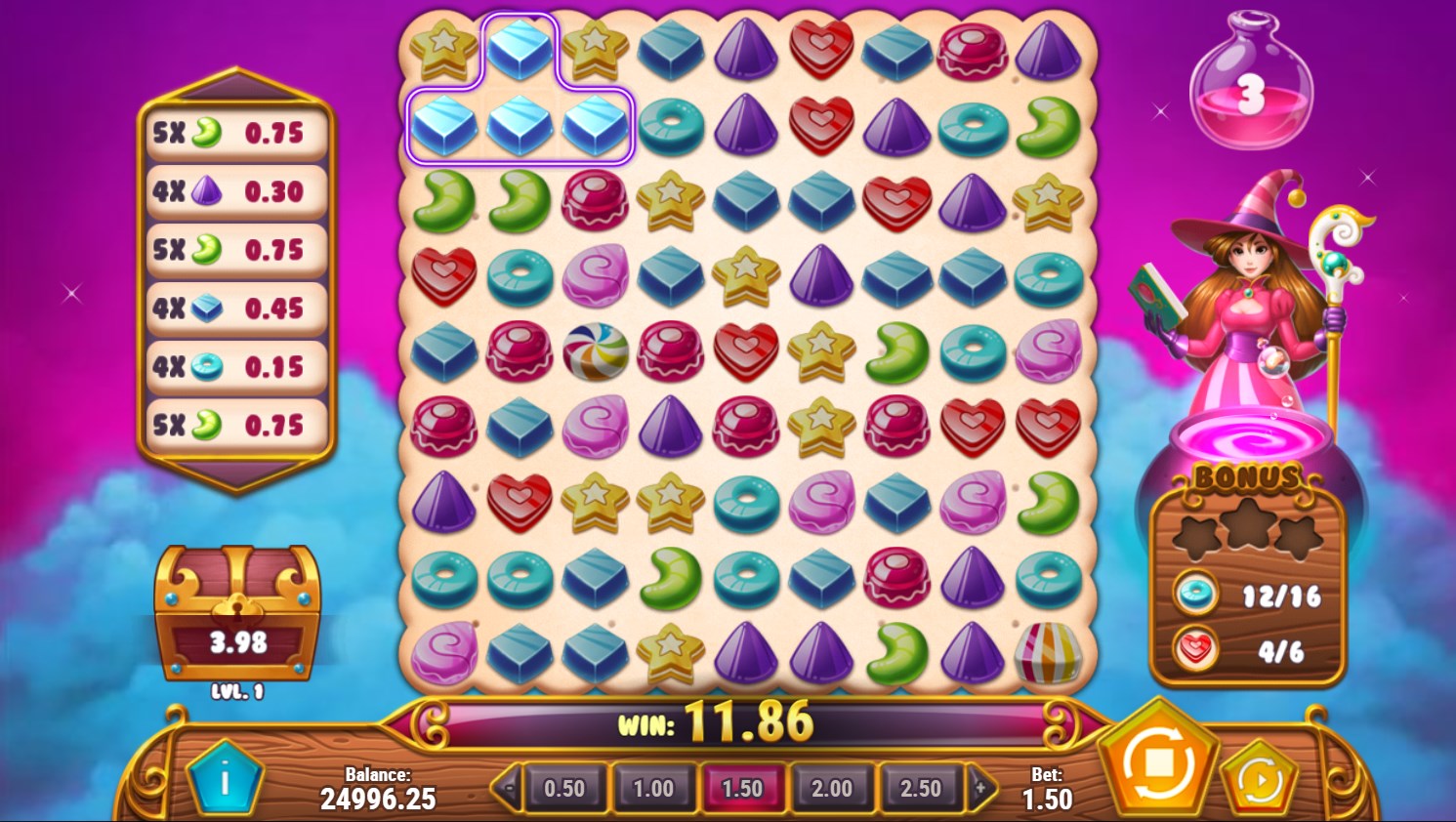 Assorted – images of the online slot are mixed;

If you are lucky enough to collect a collection of different kinds of sweets, at the end of the free game will be launched a bonus “Elixir of Strength”. Here you need to open the chocolate bars in a separate slot window, behind which are guaranteed winnings up to x10 total bets. 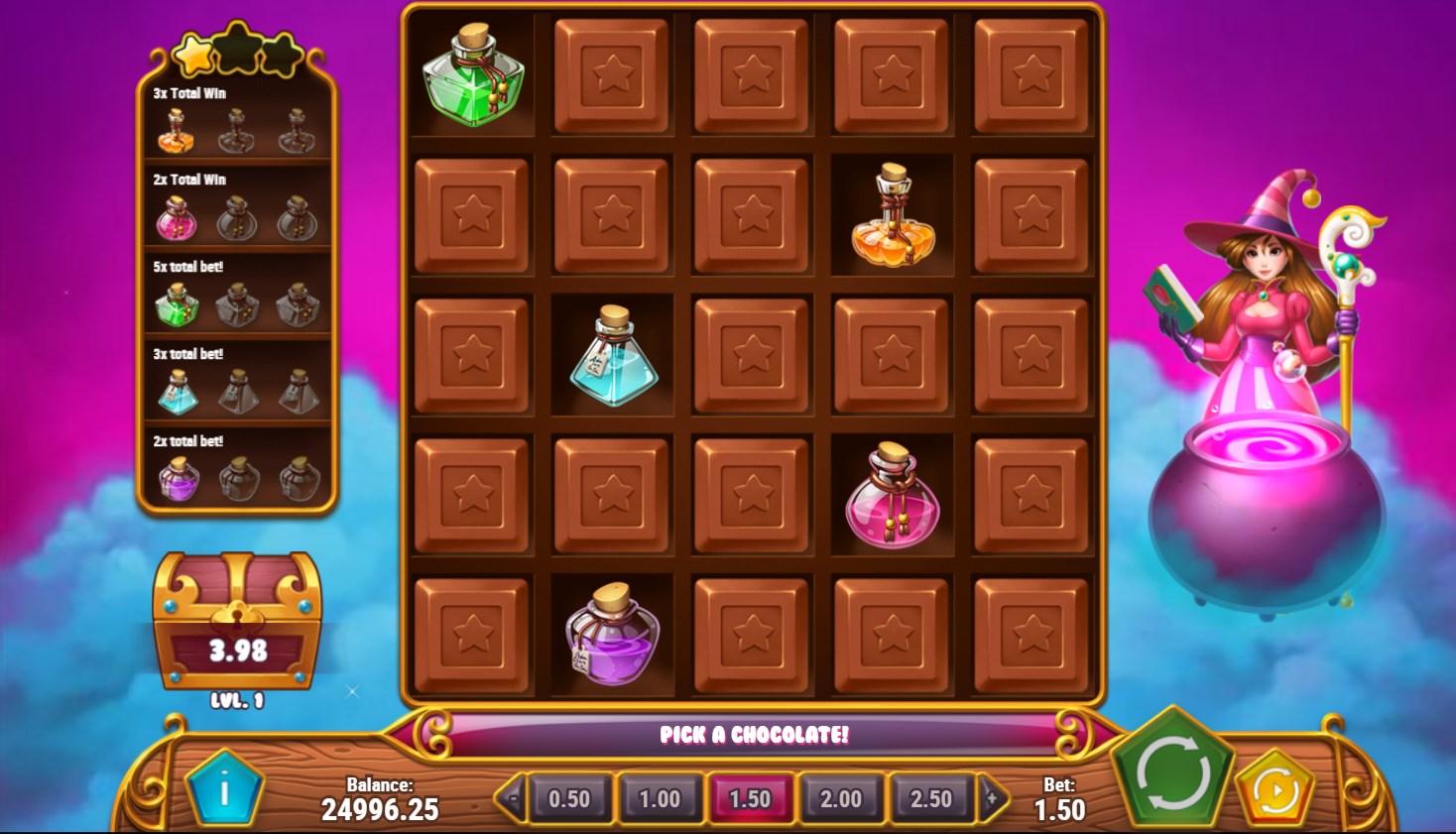 MAP – As an additional reward for achievements, special prizes are offered on the map. Every three levels of advancement on the map open a treasure chest, where a prize is kept for 15% of the winnings in the main mode from the moment the previous chest was received.